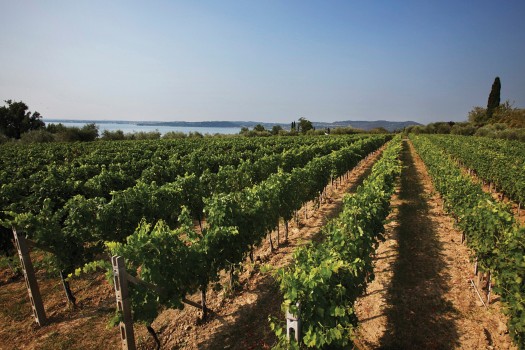 What, you’re not drinking Lugana wines every night? You can be forgiven if the name doesn’t ring a bell. Lugana is a tiny region in the north of the country, nestled between the better-known areas of Lombardia and the Veneto, snug against the southern shores of Lake Garda, the largest lake in Italy.

It’s here that Lugana makes primarily white wines, almost all from the turbiana grape, aka trebbiano di Laguna. What’s turbiana? There is significant debate about this — scientific in nature, even — and there’s no concensus quite yet. It’s not the same is trebbiano, but some researchers claim it is the same grape as verdicchio. Others say it is its own unique grape that lies somewhere between these two — and possibly other grapes — and even the many producers and importers that attended a recent lunch showcasing Lugana ultimately had no idea what the truth is. (If you want to get really into the weeds, Fringe Wine will help you.)

Lugana wines are, as is the case with most Italian white wines, crisp and acidic and loaded with minerals. The wines have similarities to Soave, to Pinot Gris, and to Sauvignon Blanc, depending on the bottling.

Tasting through a couple of dozen wines reveals a lot of commonality — high acid and generally low alcohol (12.5% or 13%), zippy mouthfeel and a cleansing finish with a touch of bitterness. Generally I preferred the younger wines to the older bottlings. After only a couple of years these fresh wines start to take on a pungency and develop some oiliness in the mouthfeel — similar to what happens to riesling as it starts to age. Nearly universal at the event was the opinion that Lugana wines were best when consumed with food.

Lugana wines typically run $16 to $20 in the U.S., and up to $25 for reserve bottlings. In Italy or neighboring Germany, where much Lugana is reportedly consuming, you’ll likely find these wines for under 10 euros. 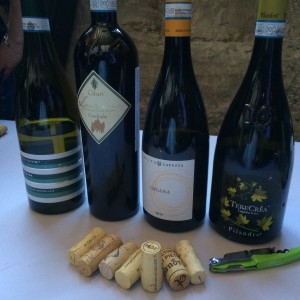 ugana isn’t in hefty supply stateside, and that could be threatened in the near future by a new high-speed rail that’s being constructed to connect Milan and Venice. It will cut directly through the Lugana region and reportedly cut wine production by 30 percent in the process.

Brief thoughts on all wines — the majority of which are not currently imported to the U.S. — follow. 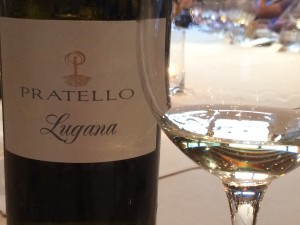