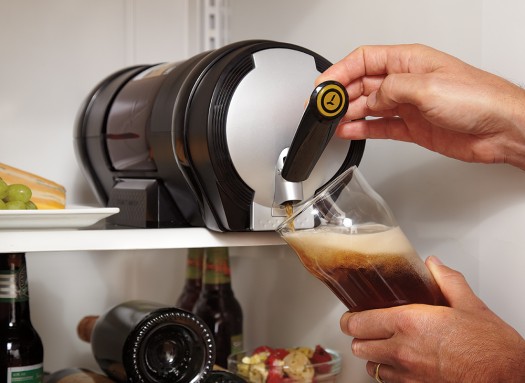 Having beer on tap at home is a killer move, but kegerators are enormous, costly, and frankly, a bit frat-house juvenile. Draftmark has an answer: A mini keg that fits in your fridge.

The Draftmark system includes a battery-powered base and replaceable, one-gallon growlers that fit inside it. Just charge up the battery, install a plastic jug of one of the half-dozen beer varieties available (I chose Goose Island IPA), and you’ve got enough fresh draft for about ten 12 oz. servings. When it’s dry, pop it out, recharge the battery (which powers an air compressor that keeps the mini-keg pressurized), and you’re ready to go again.

The Draftmark system is a pretty cool idea, but I had one major issue with it: It was too big for my ’80s-era fridge. The only way I could get the door to shut was to put it in diagonally on the shelf, which pretty much ate up the entire thing. I expect more modern kitchens won’t have this problem, but for me it’s a deal killer that means I can’t use it regularly… at least until I commit to a second fridge for the garage. Also: Refills are cheap, but the selection is limited and — more importantly — tough to find, for now. (Pro tip: Look for free shipping deals.)

Otherwise, it’s a pretty cool idea, and the beer it pours (albeit slowly) does come out fresh and pub-worthy. (Make sure you give it plenty of time to chill down or you’ll end up with a ton of foam.) Those of you with those enormous Sub-Zeros and lots of space for novelties might clear out that Chinese takeout and give it a try. 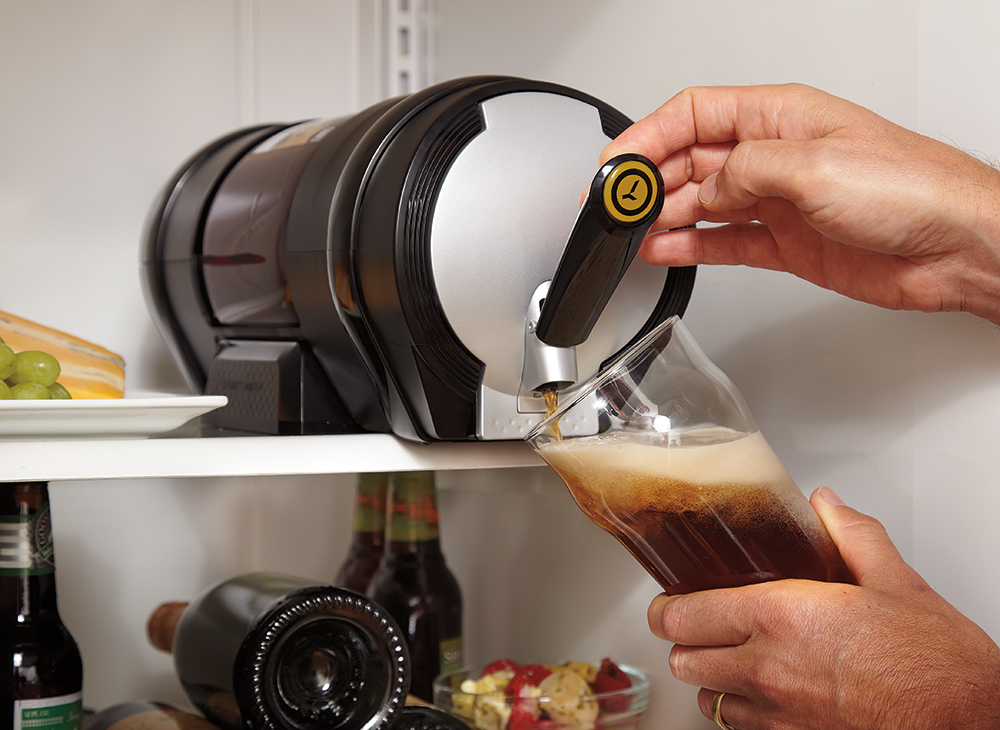