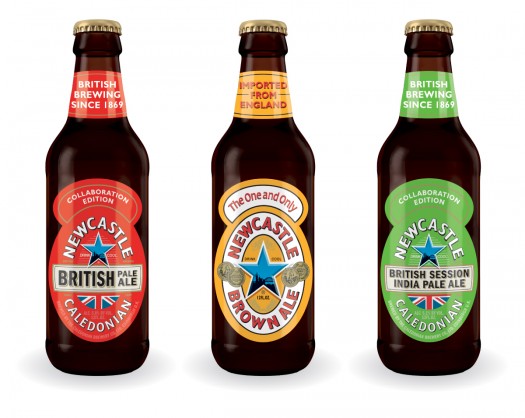 Newcastle is back and continuing its Collaboration Edition series of limited releases with two new brews made in collaboration with Edinburgh’s Caledonian Brewery — updates on the pale ale/IPA recipe.

Newcastle Collaboration Edition British Pale Ale – Had I not read the label I would have assumed this was a standard brown ale, quite malty and nutty, with a touch of baking chocolate on the back end. I get very little hops here — though it is dry hopped to 39 IBUs, according to Newcastle. 5.8% abv. B-

Newcastle Collaboration Edition British Session India Pale Ale – A slight pine element up front and a hint of bitterness (though it’s rated at 45 IBUs) doesn’t exactly make this into a real IPA. Newcastle’s signature chocolate maltiness is spread thick on this brew, which washes away the crispness and ultimately gives its citrus notes a bit of orange-flavored chocolate character. Just so-so. At 5.1% abv, it’s just barely below the 5.8% of the standard edition. B-

each about $8 per six-pack 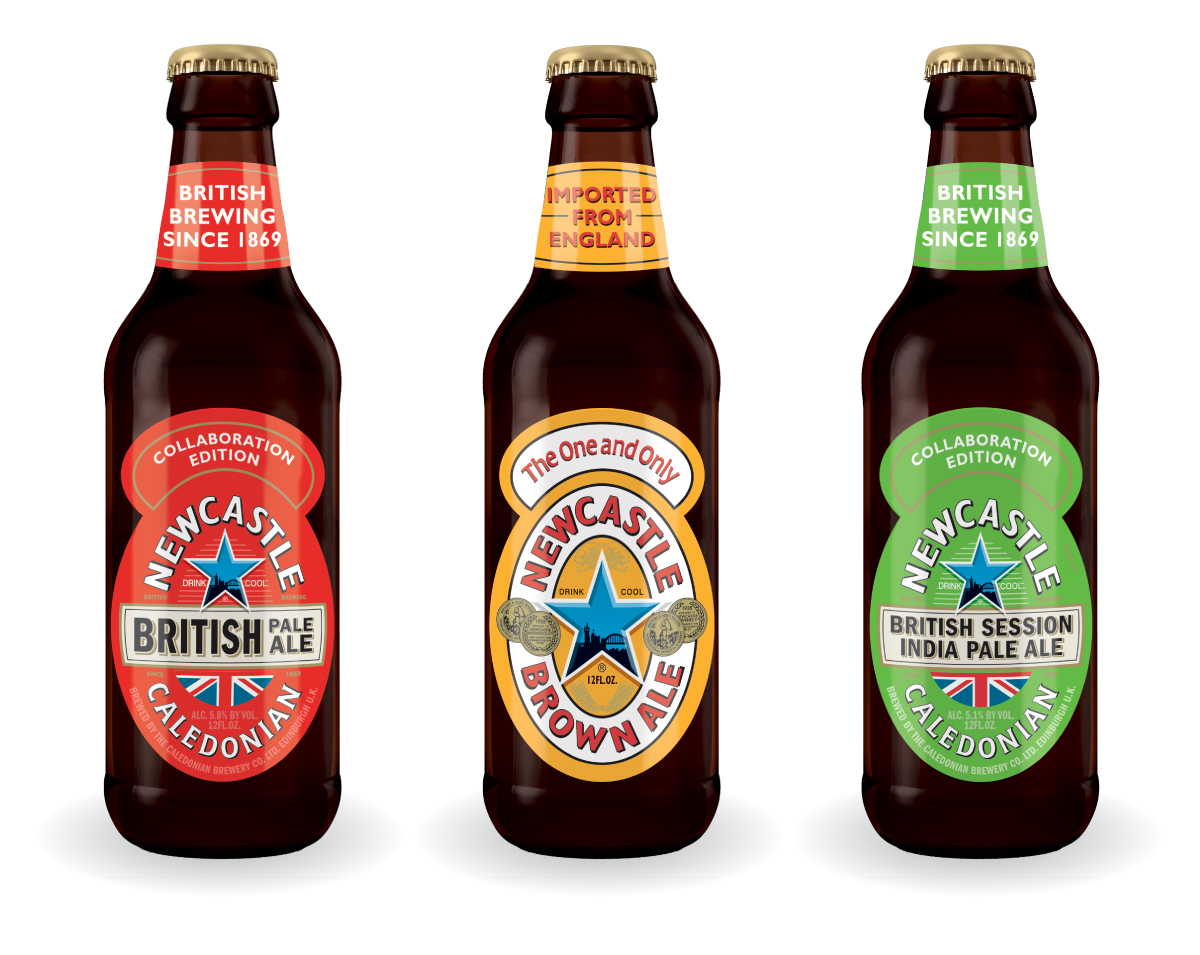