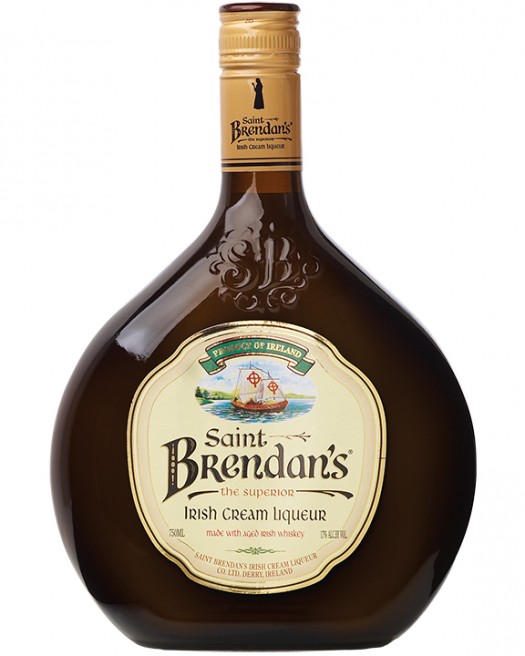 Saint Brendan was a 5th century Irish apostle (later a saint, of course) who was best known for a seven-year-long fantastical voyage that has gone down as a bit of high Catholic mythology. No telling if he was into Irish cream, but I have my doubts.

Saint Brendan’s Irish Cream (motto: “Simple by Design”) is another in a long line of lower-cost alternatives to Baileys. It’s Irish whiskey and cream, and that’s it. Pretty simple, indeed.

This Irish cream features a nice balance between the whiskeylike punch up front and the creamy, vanilla-and-marshmallow notes that build on the body. There’s a little heat on the back end, but overall it’s a quite gentle Irish cream, offering modest sweetness with a just a little bit of spice. Chocolate and chewy nougat notes hang around for a while on the finish.

Altogether it drinks quite well, but it could use a bit more power to separate it from what sometimes comes across like a glass of chocolate milk. Compare to Brady’s. 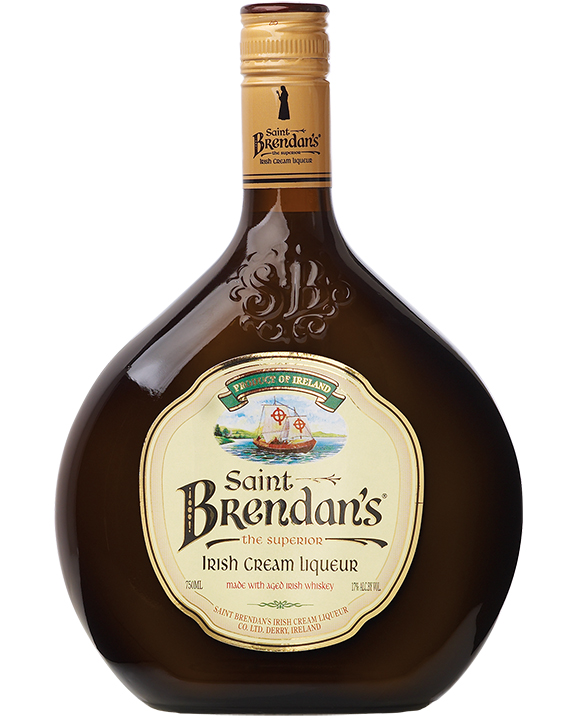