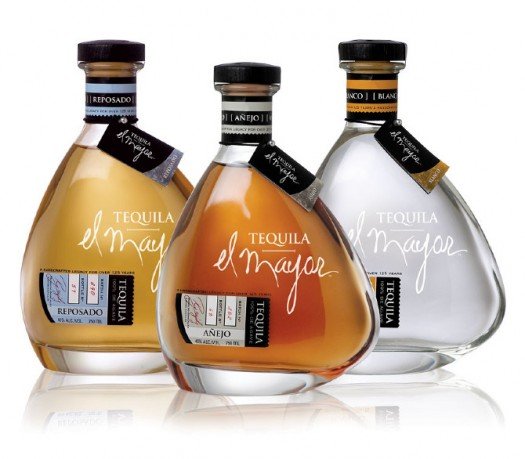 It’s been seven long years since we encountered one of the oddly shaped bottles of El Mayor Tequila, and even then it was just the blanco expression. Today we’re taking a fresh look at El Mayor — and covering the complete lineup of three expressions of this highlands-born, 100% agave spirit. (There’s an extra anejo too, not reviewed here.)

El Mayor Tequila Blanco (2015) – Very gentle, it’s one of the lightest-bodied tequilas I’ve encountered in recent years. The nose is moderately sweet, with some honeysuckle notes and a bit of spicy black pepper leading to a punchy but balanced agave backbone. The body has some citrus notes, cloves, and a modest agave, which together with the citrus character gives it a bit of the flavor of pickled jalapeno on the finish — though not much of the heat. The tequila wraps up clean and fairly soft, just about perfect for a blanco sipper or as a premium mixer. Reviewed: Batch 1478. A- / $27  [BUY IT NOW FROM CASKERS]

El Mayor Tequila Reposado – Aged up to nine months. Again, very gentle on the nose, though this time it’s got notes of cola, some vanilla, and emerging agave spice. The body features some cinnamon and gingerbread, more vanilla custard, and even butterscotch notes. Herbal agave notes are present, but fleeting, as the sweeter components do more of the heavy lifting. Some pepper on the finish keeps things grounded in the world of reposado. Reviewed: Batch 883. A / $30  [BUY IT NOW FROM CASKERS]

El Mayor Tequila Anejo – Aged 18 months. The nose isn’t dramatically different from the reposado except for the addition of some lumberyard aromas — a few tannic notes that give the anejo more of a brooding character. The body starts off somewhat sharp, which is a surprise, before venturing into sweet, dessert notes — chocolate, toffee, caramel — that build and build on the lush finish. The agave takes a back seat here, but that’s typical in many anejos, as the barrel makes its influence known. El Mayor’s gentle blanco is a good match for that, leaving behind just enough herbal agave to make things worth exploring again and again. Reviewed: Batch 878. A- / $48  [BUY IT NOW FROM CASKERS] 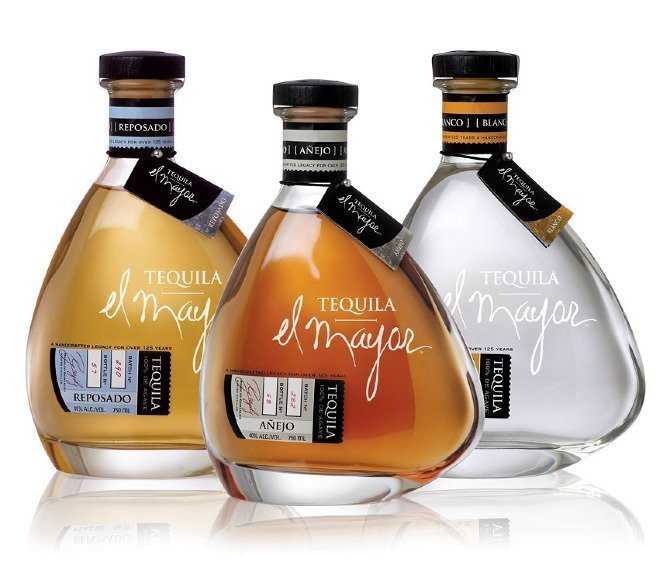