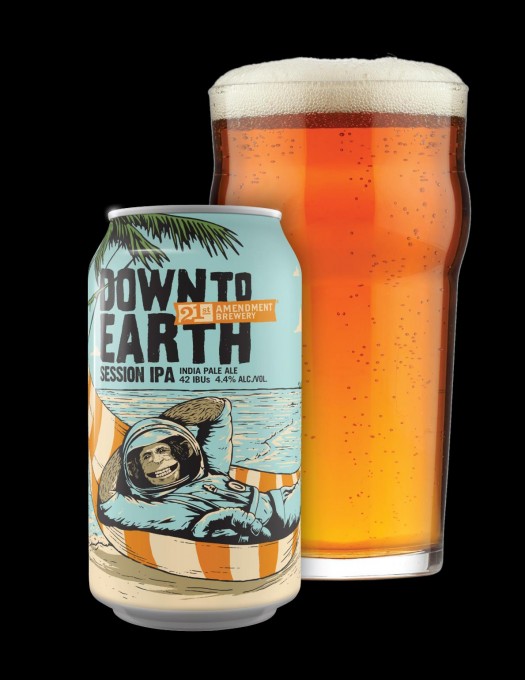 21A’s session IPA clocks in at a mere 4.4% abv, with 42 IBUs noted on the can. Made with Cascade, Mosaic, and Warrior hops, it’s a fine enough example of the sessionable IPA trend, though it doesn’t entirely lift itself above the crowd. On the nose, tons of grapefruit and piney undertones offer promise, and on first blush the body is filled with classic IPA notes.

But as the body develops, a wateriness comes along, dulling and diluting the promising opening act. Ultimately those fruity/piney notes turn a little muddy and a little sour, lending Down to Earth a dull and somewhat less satisfying finish. 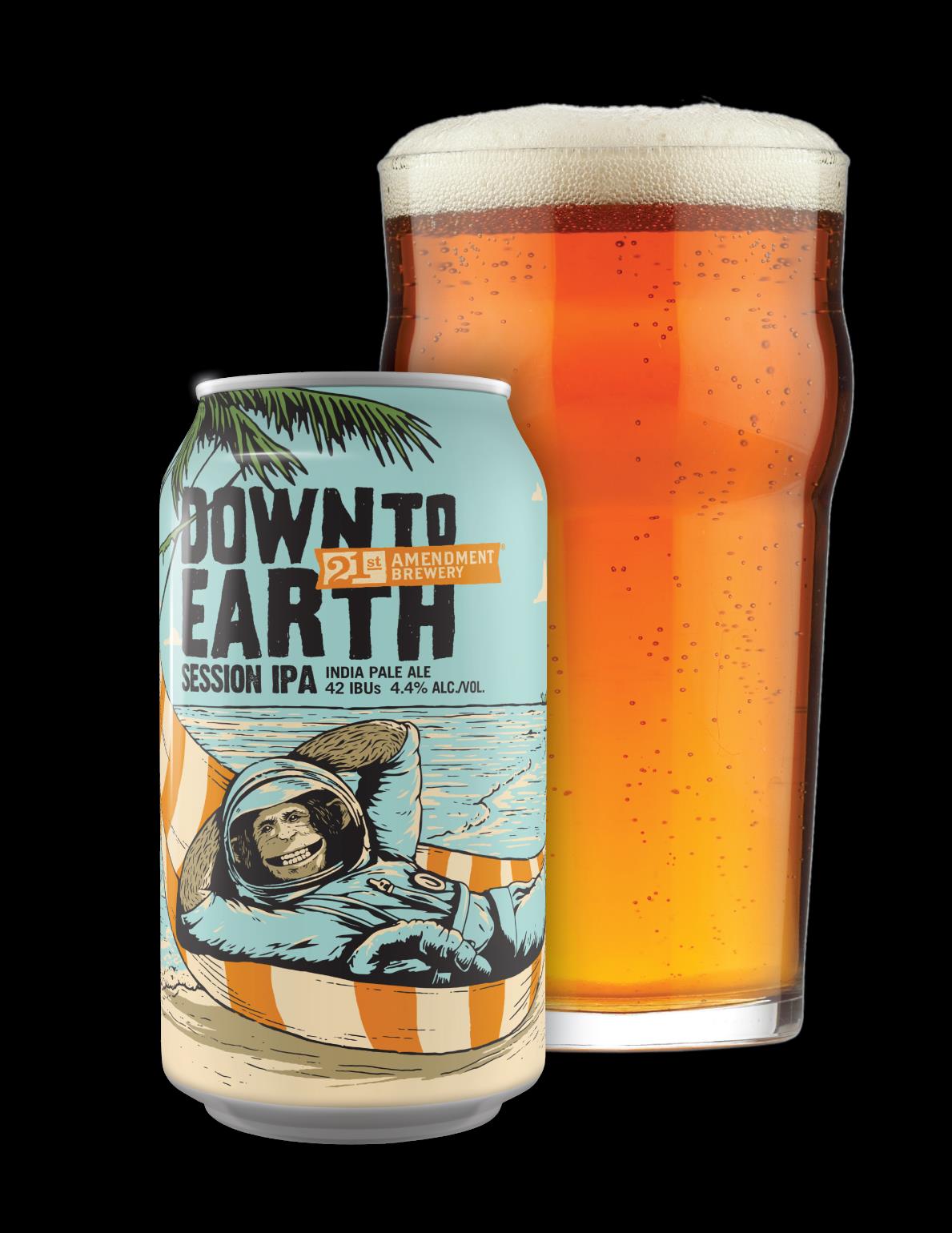