May 21, 2015/Christopher Null/4 Comments
Buy It Now Rated A- Rated B Rated B- Rated B+ Reviews Scotch Whisky Whiskey 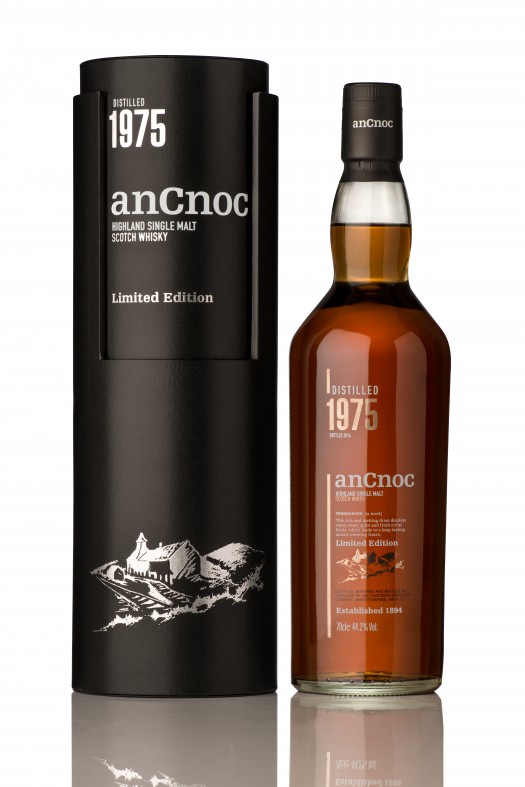 Knockdhu’s anCnoc recently flooded our mailbox with a collection of single malts, including three members of the age-statemented line, one new one from the NAS “Peaty Range,” and a very special offering from anCnoc’s vintage-dated collection of whiskies. We gathered them all up and put them through the Drinkhacker gauntlet. Thoughts follow.

anCnoc Cutter Highland Single Malt – Part of the anCnoc Peaty Range, Cutter is peated to 20.8 ppm, which gives it a hefty smokiness that you don’t find much in the anCnoc lineup. The nose is well peated and gentle with cereal notes. The body wears its smoke up front, folding in iodine notes, some saltiness, and a biscuit character. The finish is more purely smoky — more wood fire than smoldering peat — which leaves things in relatively uncomplicated territory. 92 proof. B / $85 [BUY IT NOW FROM DRIZLY]

anCnoc Highland Single Malt 12 Years Old – Revisiting this young malt reveals many similar notes — though it feels like an evolution of the expression I reviewed a few years ago. As before, there are plenty of cereal notes here, to be sure, but things soon evolve with notes of sweet breakfast cereal, citrus syrup, and some maple notes. It drinks young — and comes across a bit hot on the finish — but it’s charming in its own way. I’d give this slightly different spirit a bit better rating than I did back in 2011. 86 proof. B / $40 [BUY IT NOW FROM CASKERS]

anCnoc Highland Single Malt 18 Years Old – This whisky is a bit medicinal on the nose, but the body is all malty grains. The cereal lingers for ages alongside modest honeycomb, nougat, and some gentle citrus character, driven by the sherry cask aging that some of anCnoc 18 undergoes. (The 18 year a blend of whiskies aged in either sherry or bourbon casks.) The finish takes things into slightly vegetal territory, folding almond nougat into some mushroom character. Yeah, that sounds weird and it is, a little. 6000 bottles made. 92 proof. B- / $105 [BUY IT NOW FROM DRIZLY]

anCnoc Highland Single Malt 24 Years Old – Sherry-forward, with some smoky elements, particularly on the nose. The body offers tons of orange and grapefruit, balanced out with fresh cut grains, hay, popcorn, and a bit of petrol. I get hints of fresh, fried fish — perhaps this expression’s nod to the sea — before it returns to notes of golden syrup, honey, and a bit of lumberyard. Lots going on here, but it all comes together in the end with a sunny, pastoral disposition. Very limited production. 92 proof. B+ / $170 [BUY IT NOW FROM DRIZLY]

anCnoc Highland Single Malt 1975 Vintage – 39 years old (and not to be confused with the former 1975 release, a 30 year old expression). A single-vintage vatting of ex-bourbon and ex-sherry-casked whiskies. Gentle cereal notes backed by classic sherry sweetness lead the way on the nose, along with a touch of coal smoke. The body is well developed and features nicely integrated layers of fresh citrus, orange marmalade, ginger cake, and dried fruits. Hints of graham cracker, almonds, and milk chocolate emerge on a somewhat racy (and winey) finish. Very hard to find. About 1500 bottles made. 92 proof. A- / $530 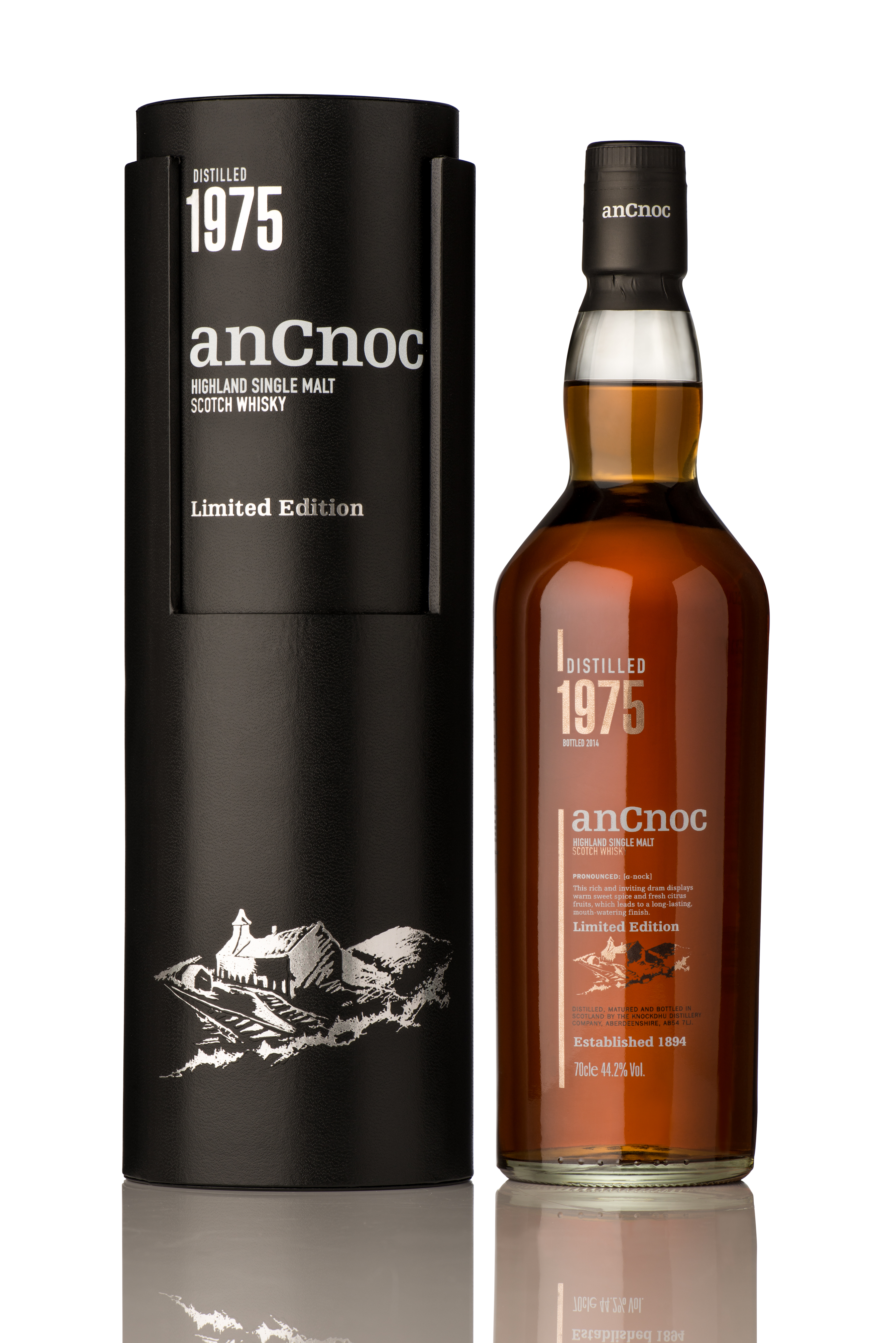