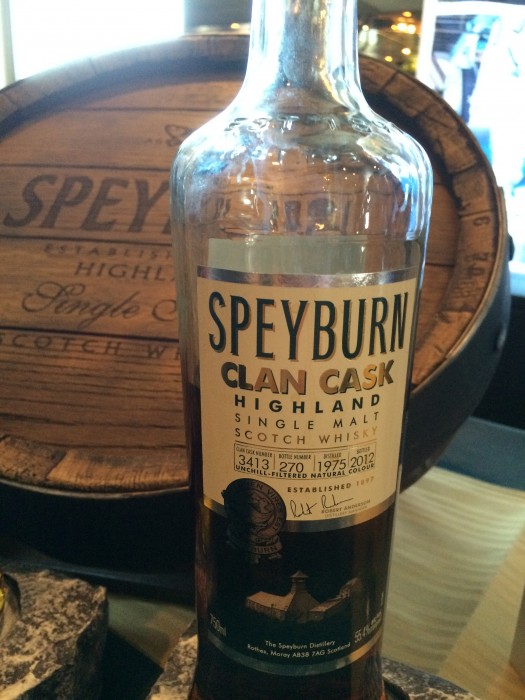 This year marked my sixth consecutive in attendance at Whiskies of the World, a fantastic event that’s typically held on the San Francisco Belle paddleboat, docked in San Francisco Bay. I asked organizer Douglas Stone why it seemed so empty this year, and he told me it was an optical illusion: He pushed the distilleries’ tables closer to the wall, making much more room for attendees. Ultimately, Stone sold more tickets this year but created a show that felt much less overwhelmingly crowded. Good move!

As always, there were lots of old favorites alongside new bottlings to try at this event — and I tried to seek out some as many lesser-known brands as I could this go-round. The hands-down favorite? Speyburn’s very limited edition Clan Cask, a 37 year old single malt that was just sitting there on the table unnoticed — not even part of the VIP hour. I’m tempted to buy a bottle, even though it’s $400 at retail. Whiskey festival-goers: Pay attention to what’s out there!