Review: The Manhattan: Barrel Finished Cocktail from Jefferson’s and Esquire 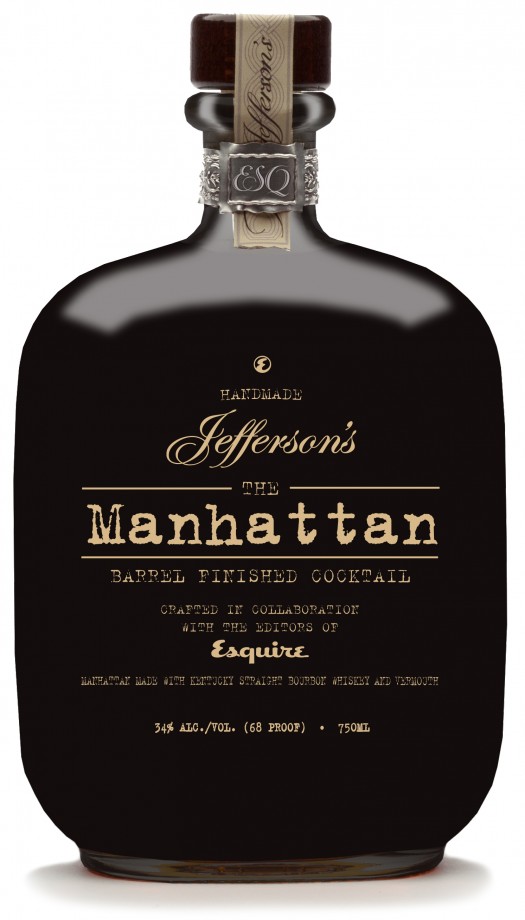 I don’t necessarily think bottled, fully-made cocktails are lazy. I use them a lot when entertaining or when I’m short on fresh ingredients. Some of them are really well made, too.

The jury is out on whether The Manhattan: Barrel Finished Cocktail is taking things a bit too far afield. This collaboration between Jefferson’s Bourbon and Esquire magazine — complete with silkscreened signatures from Trey Zoeller and David Granger on the back along with a ton of other, hard-to-read, typographically messy text — couldn’t be more pandering in its upscale aspirations. From the dark glass bottle to the wood stopper to the metal band around the neck, this is a drink that’s designed to look really, really expensive. Which it is.

So what’s inside? Jefferson’s Bourbon, of course, plus dry and sweet vermouth (making it a Perfect Manhattan) and barrel-aged bitters. The resulting concoction is barrel aged for 90 days before bottling. (This reportedly took two years of experimentation to get right.) There’s also the not-so-small matter of this, which is printed in all caps at the bottom of the back label copy: COLORED WITH CARROT EXTRACT.

Now that statement gives me some pause. This is a 68 proof cocktail made with basically just bourbon and vermouth, so why would extra coloring be needed? (And why the carrot, by God?) A typical Manhattan recipe would hit around 65 proof or lower, so this isn’t a case where the drink is watered down and Jefferson’s/Esquire is trying to pull one over on us. This is a fairly high-proof cocktail that’s mostly bourbon… so why with the carrots, guys?

I’ll leave that question for the commenters to wrestle over and simply get on to the tasting, which I sampled both straight and on the rocks. (It’s better shaken with ice and strained, served very cold.) The nose is heavy on winey notes, almost a madeirized character that overpowers the whiskey surprisingly handily. On the palate the dry vermouth is surprisingly clear, with bitter herbs muscling past the bourbon’s gentler vanilla notes. That classic whiskey sweetness is quite fleeting here, replaced with pungent notes of licorice, overripe citrus, and a touch of lumberyard character. I liked this well enough at first, but over time the vermouth became so dominant that I found myself left with a vegetal, slightly medicinal aftertaste that got considerably less appealing over time.

And yeah, it is pretty orange.

The Manhattan: Barrel Finished Cocktail from Jefferson's and Esquire 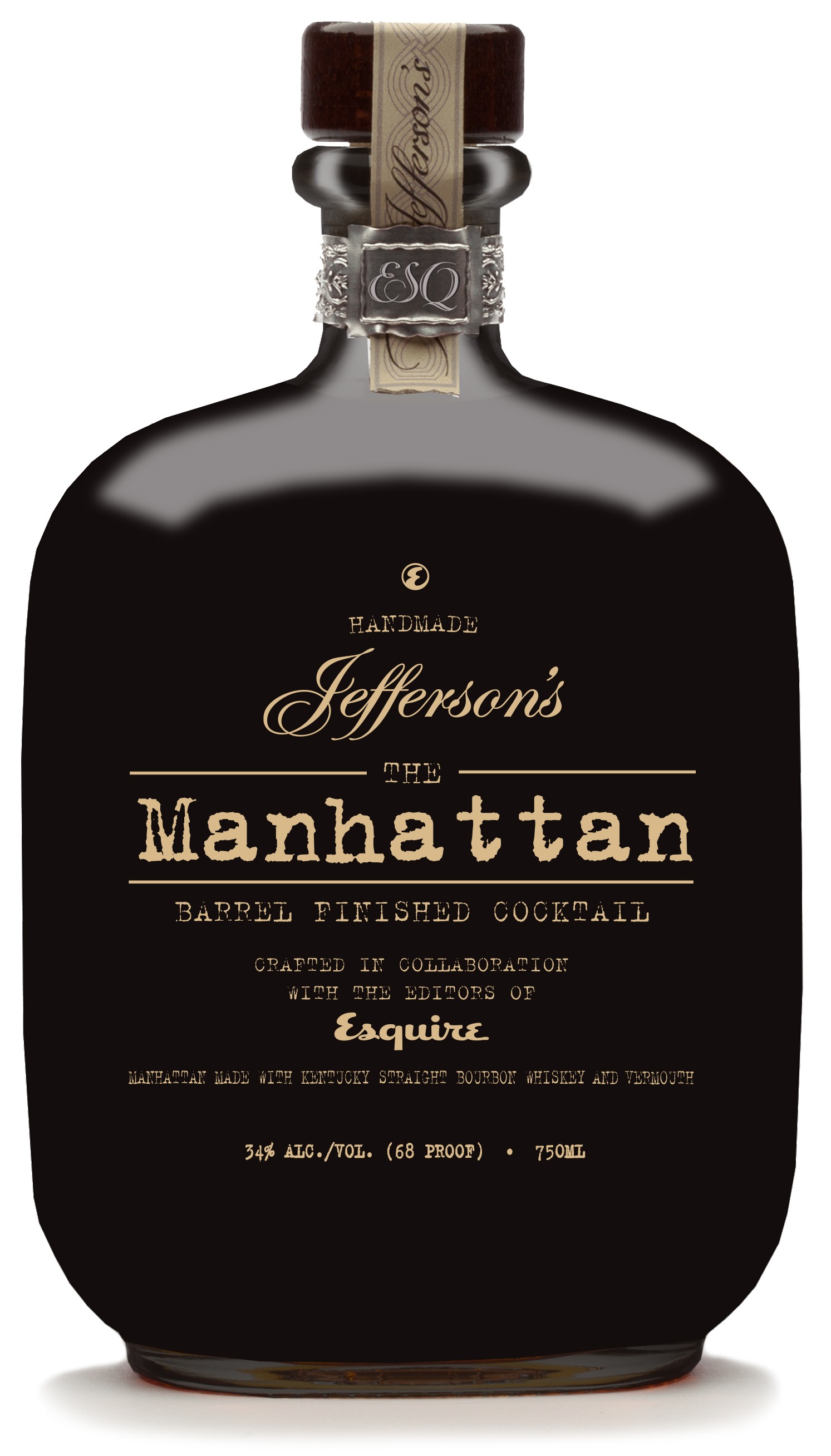 How to Make a Flawless Manhattan Cocktail