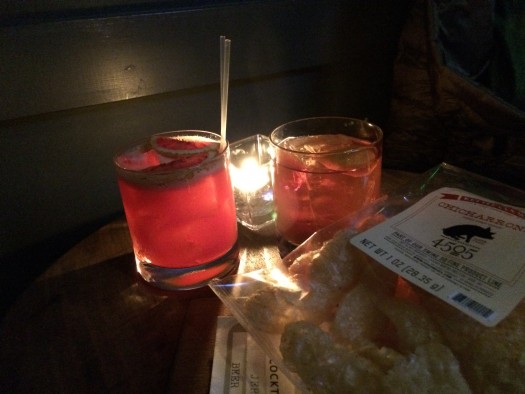 Here’s a cute idea: A bar that specializes in custom cocktails… and bespoke jerky.

Third Rail, in San Francisco’s Dogpatch region, is a cozy little joint where you can get a small beer, shot, and a bit of jerky all for 10 bucks during happy hour. This seemed like the most popular choice among the post-work regulars during my recent visit, but I focused on the cocktails during my encounter.

It’s rare, but in sampling four different libations, I didn’t have a single bad drink. Arguably my favorite was the Crossbow (tequila, blood orange, lime, Punt e Mes, and bitters, on the rocks), but the Evil Twin (mezcal, grapefruit, lemon, Aperol, chili bitters, served up) gave it a run for its money. Whiskey-based cocktails including the eponymous Third Rail (bourbon, Lillet, honey, lemon, orange bitters) and the Bone Machine (bourbon, oloroso sherry, amaro, bitters) were both quite good.

Then there’s the jerky — we tried the Sonoma Smoke and it vanished into our gullets all too quickly. It’s closer to chunks of smoked meat rather than anything you typically think of as jerky, sweet, salty, and succulent as all get-out. Artisan chicharrones (pictured) are also on the menu, but these aren’t house made and include quite a bit of sugar used to dust the puffy bits of pork. In an understated bar filled with excellent options, it’s the only item that’s even close to a miss. 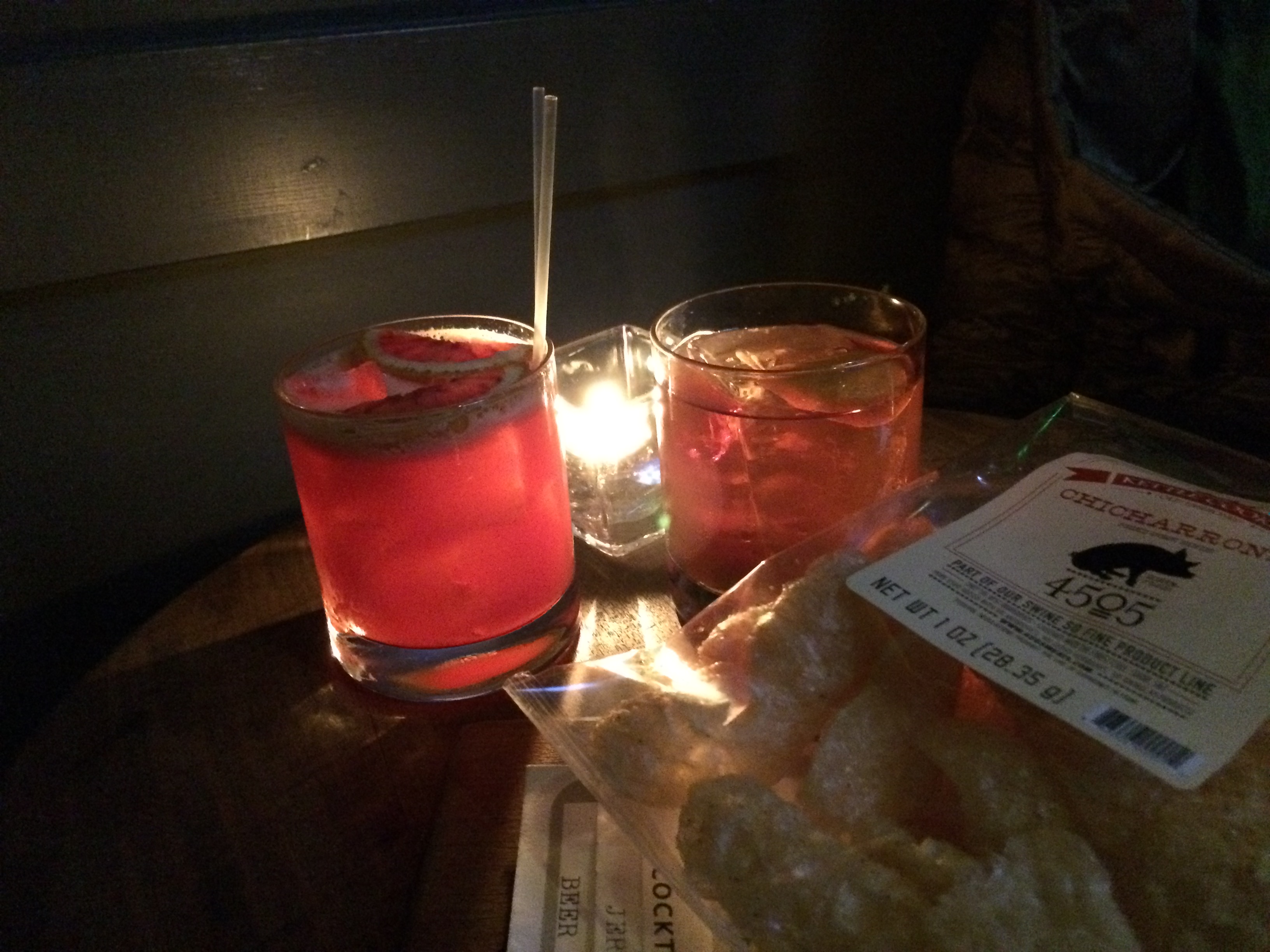