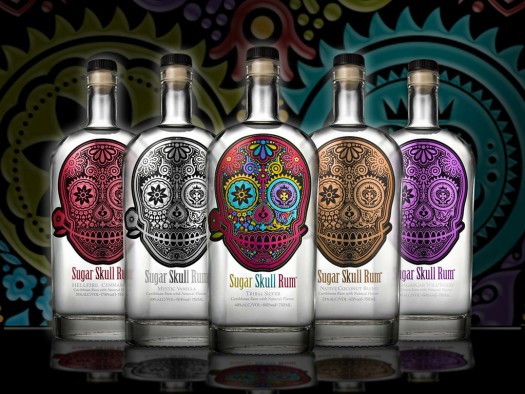 Here’s a new batch of rums, comprising five flavored expressions. Sugar Skull is made from can sourced throughout the Caribbean and South America and distilled in the Caribbean (the company doesn’t say where) in a column still. The final product is blended and flavored in the U.S. before bottling in dia de los muertes inspired decanters.

Five expressions are being produced, all of which are flavored to some degree (even the silver rum, see below). We checked out three of them for review. Thoughts follow.

Sugar Skull Rum Tribal Silver – Flavored with “a slight essence of cocoa and vanilla.” The flavoring agents mainly serve to soften this rum a bit, giving it a clearer vanilla spin, particularly on the palate. Hints of coconut (more so than chocolate) emerge on the back end. The nose is less distinct and hotter than the above might indicate, with more traditional rum funk throughout. The body seems tailor-made for mixing, however, and would excel with a simple cola or in a tropical concoction. 80 proof. B [BUY IT NOW FROM DRIZLY]

Sugar Skull Rum Mystic Vanilla – This rum features “natural vanilla overtones” … but “overtones” is a bit light for the vanilla bomb in store for drinkers of this ultra-punchy spirit. Very sugary on the nose, with marshmallow overtones. These carry through to the palate, which doesn’t so much come across as vanilla as it does liquified rock candy. It ventures way too far into candyland for my palate… but hey, at least it has “sugar” in the name. 80 proof. C

Sugar Skull Rum Native Coconut Blend – At first I thought the back label — “infused with a slight aroma of wild blueberries” — was a typo, but this seems to be on point: This coconut rum also has a touch of blueberry in it, too, making for a weirdly unexpected fruit kick atop a base of traditionally sweetened coconut “party rum”. The berries hit the nose more than the palate, which is heavily sugared and clearly designed to be used as something like half of your pina colada. The berry notes make a return appearance on the finish, which they impact in a strangely unctuous and lingering way. 42 proof. B [BUY IT NOW FROM DRIZLY] 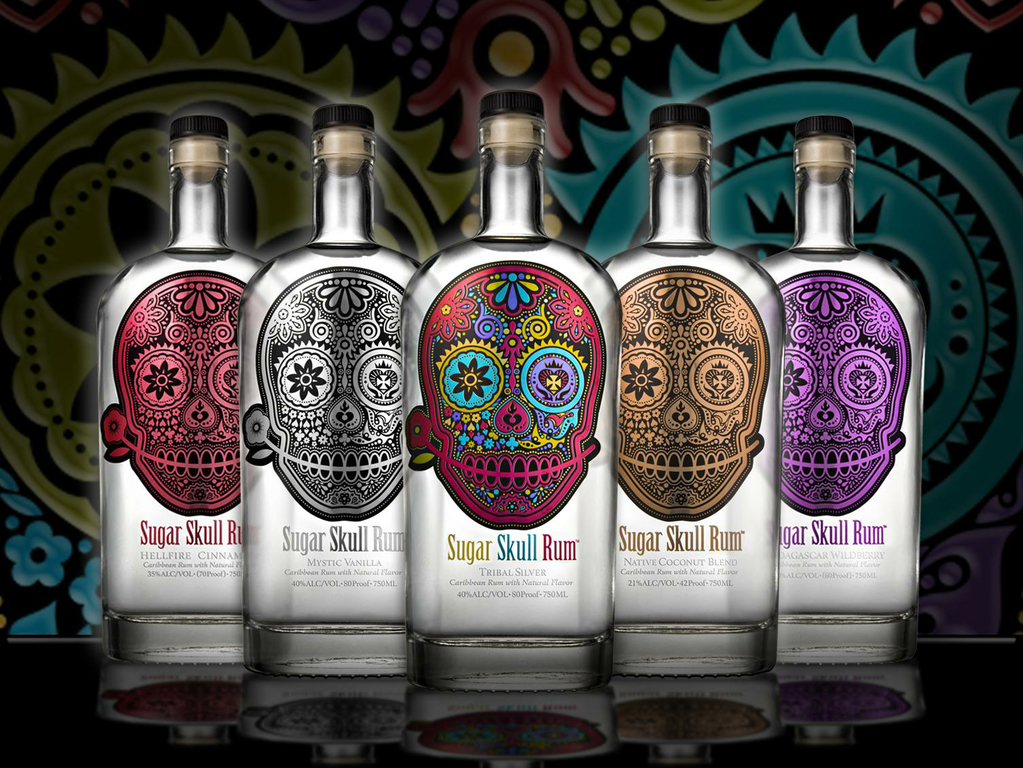