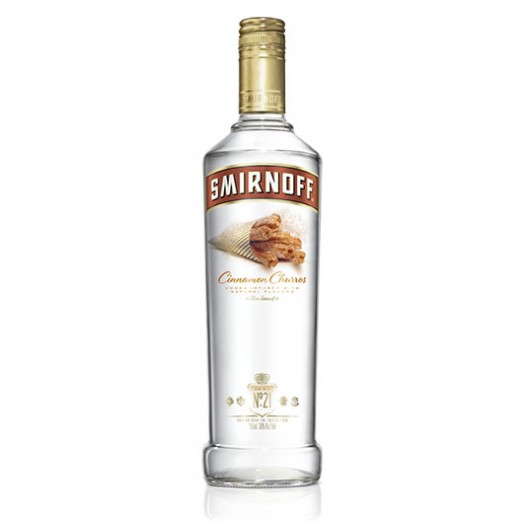 Smirnoff recently repackaged its vodka lineup — again — which now spans a whopping 39 flavors (not to mention three unflavored expressions). That’s 8 more flavors than you can get at Baskin-Robbins… and with similar ingredient descriptions.

The company sent us a healthy dozen of these flavors — palate be damned! — for consideration. (They’re harmless, for the most part.) So let’s get to it.

All are 70 proof unless noted.

Smirnoff Citrus Vodka – Simple citrus notes, heavier on grapefruit overtones than you’d think. The nose is sweet and driven by navel oranges but the body is milder, bittersweet, and imbued more with citrus peel than juice. B [BUY IT NOW FROM DRIZLY]

Smirnoff Peach Vodka – Somewhat artificial and quite sweet on the nose, like a peach candy or a heavily flavored peach tea. The palate is again quite sweet but just on this side of canned peaches. Not disagreeable. B+ [BUY IT NOW FROM DRIZLY]

Smirnoff Blueberry Vodka -Here the is tougher and evocative of bitter blueberry skins, but the body pushes forward more legit blueberry flavor, at least at first. This fades with the finish, which returns to an ever-so-slightly weedy character. B [BUY IT NOW FROM DRIZLY]

Smirnoff Vanilla Vodka – More caramel on the nose than vanilla, with a white cake frosting character on the tongue. This settles into more of a vanilla soda character as the body develops, though the very sweet finish is moderately cloying. B- [BUY IT NOW FROM DRIZLY]

Smirnoff Green Apple Vodka – Big, candylike green apple character attacks the senses, with an extreme level of sweetness to manage once it hits the palate. Built for your appletini (and little else), this sweetly fruity concoction is less offensive than it seems like it will be thanks to a clear and unmuddied flavor profile. B [BUY IT NOW FROM DRIZLY]

Smirnoff Strawberry Vodka – Far less fragrant than many of the other vodkas on this list, this spirit’s body isn’t clearly strawberry but rather muddier, with a profile more akin to sugary, mixed berries. Nothing special, and more importantly, not much strawberry. B- [BUY IT NOW FROM DRIZLY]

Smirnoff Raspberry Vodka – Punchy raspberry candy notes on the nose. Not at all unpleasant, with ample sweetness but not enough medicinal character to give it a little backbone. Some chocolate and vanilla notes in there, too. B+ [BUY IT NOW FROM DRIZLY]

Smirnoff Watermelon Vodka – As Jolly Rancher as it gets, this candy-coated spirit starts sweet and only gets sweeter as the body takes hold. Tough to imagine imbibing this level of sugar in any significant quantity. C+ [BUY IT NOW FROM DRIZLY]

Smirnoff Whipped Cream Vodka – Revisiting this classic concoction, it’s (still) incredibly tough on the nose, just overwhelming with burnt sugar and cake frosting notes. The body is better, with coconuts and more of that vanilla frosting to show off. 60 proof. C+ [BUY IT NOW FROM DRIZLY]

Smirnoff Cinnamon Churros Vodka – Shut up! Who doesn’t love churros!? Somehow this vodka actually nails the distinct pastry/sugar/cinnamon combination of a churro, That doesn’t make it right, though. This vodka kicks things off with that sweet cinnamon but the finish is so saccharine that it coats the mouth and never lets go. 60 proof. C-

Smirnoff Sorbet Light White Peach Vodka – The first of two low-calorie vodkas here, there’s a weird astringency up front, then a huge flood of candied peach notes. Funky and artificial on the back end, with petrol/chemical notes that are hard to shake. 60 proof. D

Smirnoff Sorbet Light Summer Strawberry Vodka – Quite medicinal, both on the nose and the body, which evokes cough syrup to a far greater degree than Smirnoff’s standard, fruit-flavored expressions. Ugh. 60 proof. D- [BUY IT NOW FROM DRIZLY] 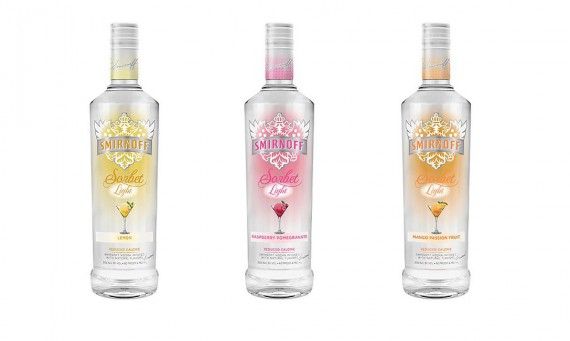