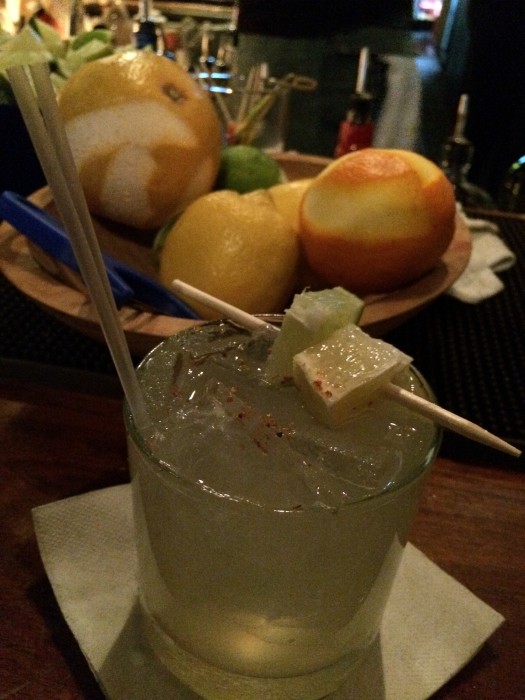 John Colins is a bit of a wacky place, located in the heart of San Francisco’s South of Market area. One wall beyond the bar shows off a moving beach scene. Upstairs there’s a sushi bar with 20 seats. Gourmet coffee is also available. And no, the name isn’t misspelled.

John Colins has a (mild) focus on beach-like cocktails, though it’s far from a tiki place. Recently I dropped by on a (busy) Friday night to sample some of the bar’s most popular offerings.

There’s a little bit of something for everyone here. If you’re into simplicity, the namesake John Colins (a John Collins is a Tom Collins with whiskey instead of gin) goes down easy, and the use of a honey syrup instead of simple sugar syrup gives it a slight tropical kick. One of my favorites of the night was the Sicilian, a combination of bourbon, sour mix, and amaretto, with an IPA float. The kicker here is the brandied Luxardo cherries — nibble on one, then take a sip… they go together perfectly. (You’ll certainly have to ask for extras.) 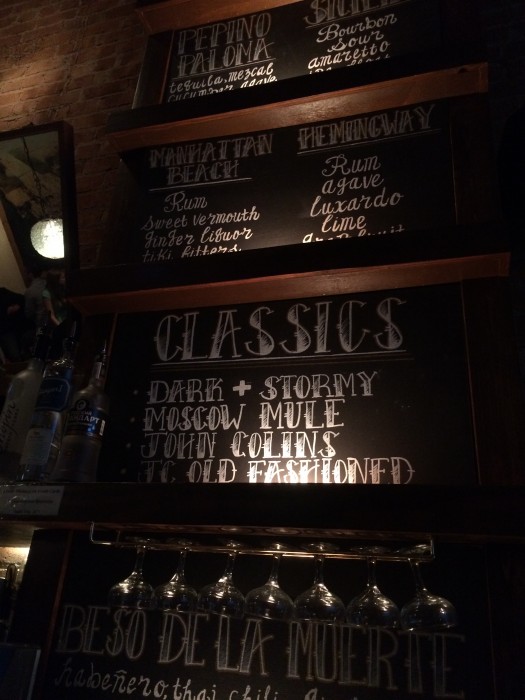 The Pepino Paloma mixes up a very tall blend of tequila, smoky mezcal, cucumber, agave, grapefruit, and Squirt soda. This one’s all about the chili salt rim. Ditch the straw and get a big bite of that spicy-salty mix with each sip (lest the cucumber element overwhelm you). Another high point is the Hemingway, a traditional daiquiri with a twist — rum, agave, Luxardo maraschino, lime, and grapefruit. This starts off crazy sour, but keep things stirring and mixing to bring the fruit forward.

Thrillseekers can check out the Beso de la Muerte (“The Kiss of Death,” pictured), a spicy margarita made with habanero and Thai chili plus ginger-infused tequila. Spicy doesn’t quite cut it. I couldn’t muster more than about a quarter of this drink — and tales from the bartenders indicate that it’s taken down more drinkers than have successfully downed it.

John Colins is a somewhat rowdy place with a mixed crowd of downtown techies and older patrons out for a cocktail before dinner. That said, I was still able to carry on a conversation both with the staff and my wife, and service was quite attentive when seated at the bar.

Next time I look forward to giving the sushi a try — from what I saw, it looks quite delightful. In fact, I’m now hungry. Thanks, John Colins! 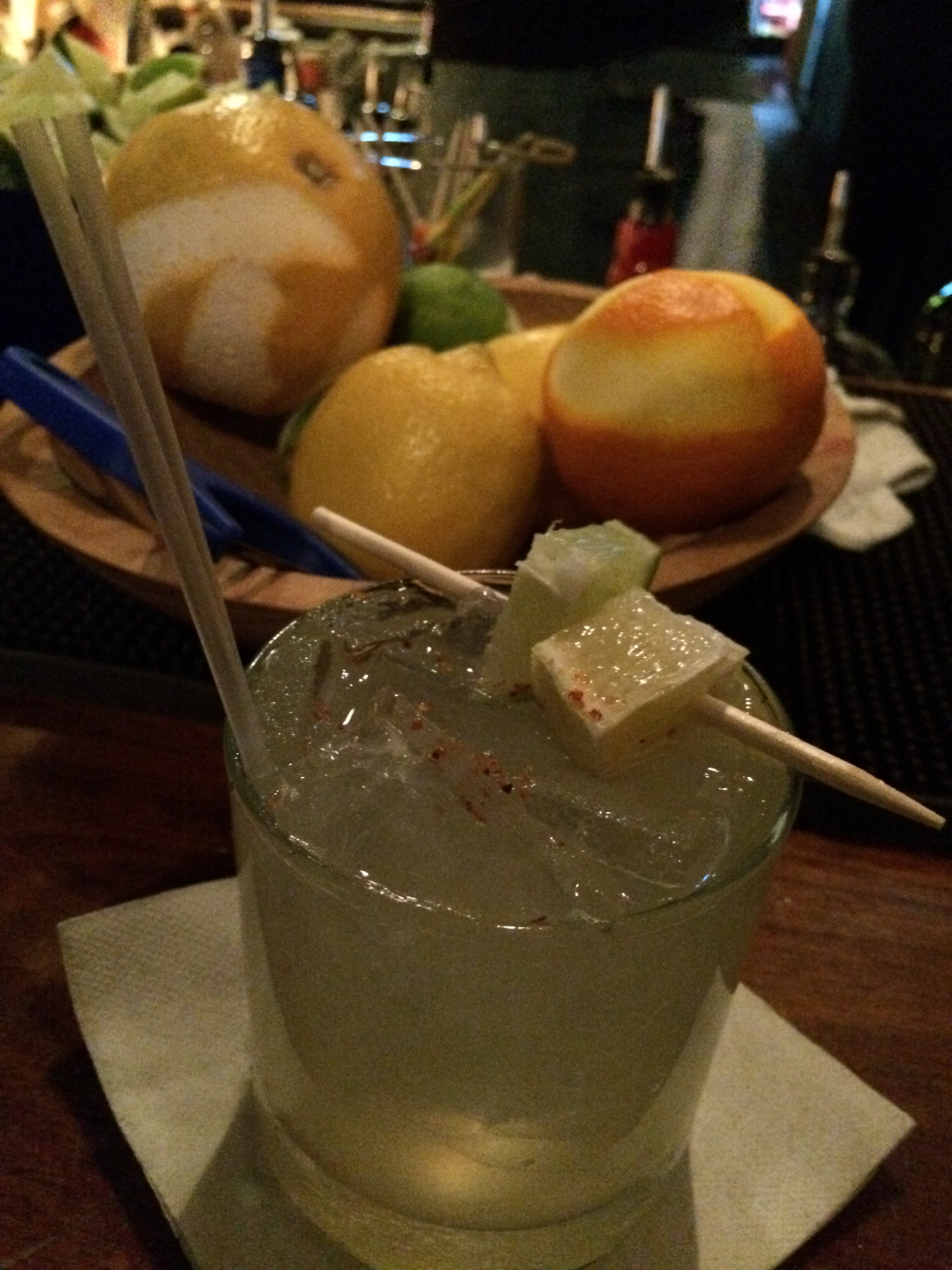