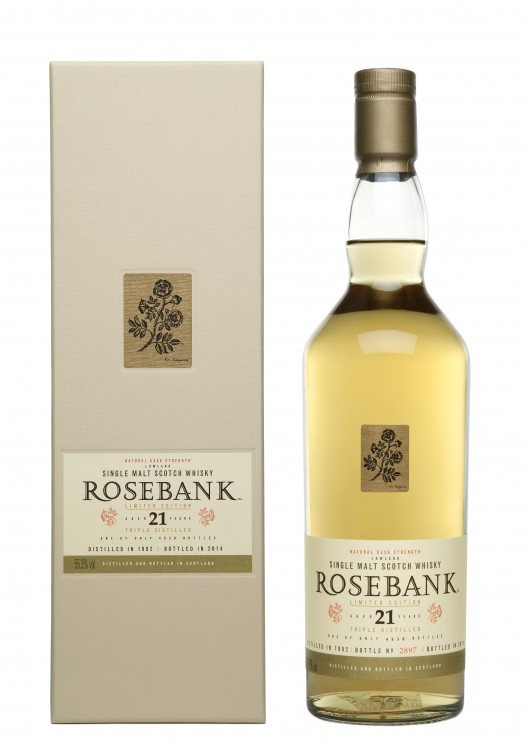 It’s time for whisky #7 out of 11 in the 2014 Diageo Special Edition releases, this one a 21 year old from Rosebank, a now-defunct distillery in the Lowlands. This whisky was distilled in 1992. Rosebank promptly shuttered in 1993 — which means there’s not much left to go around.

One of the more exotic and full-bodied expressions in the 2014 Diageo Special Releases, this malt offers an initial nose of fresh-baked brioche, touched with cinnamon. Huge on the palate, it kicks off with fresh malt, caramel, and light chocolate notes, then takes a deep dive into toasted marshmallow, light citrus, and a maritime character that builds as the finish takes hold. One of the most purely pleasurable malts in the 2014 releases, the through-line from cereal to fruit to seaside character in this whisky makes it a pure delight and one worth taking a deep dive into as you explore its charms. 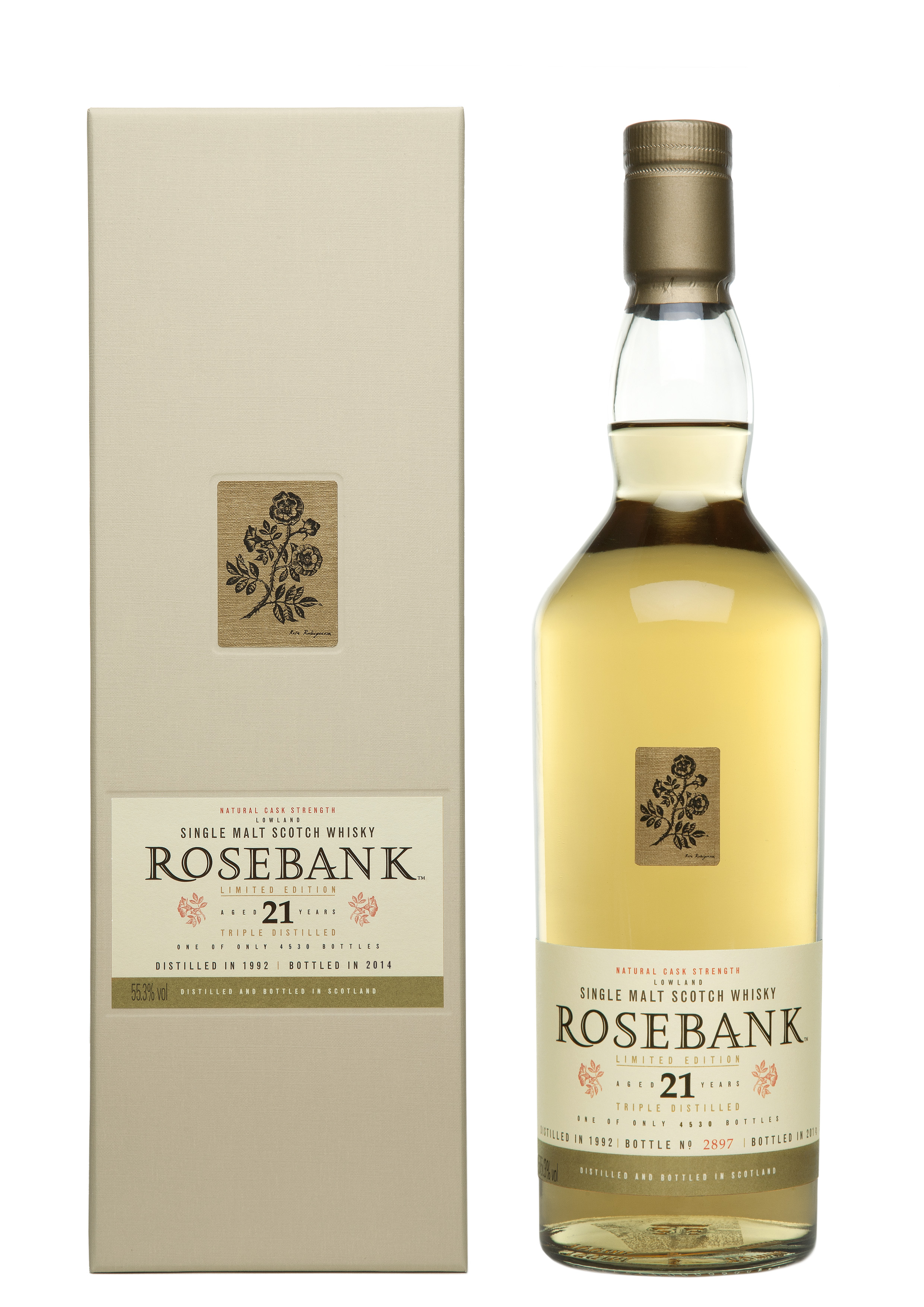