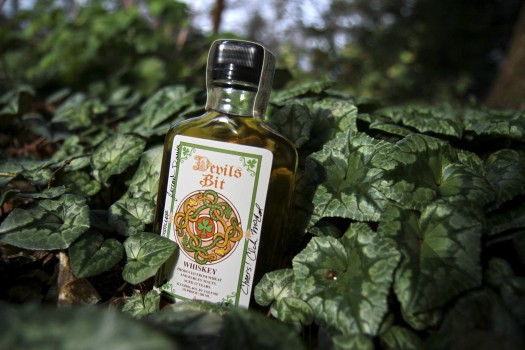 The microdistillers at McMenamins specialize and young and unaged spirits, but once in a while they make more seriously aged stuff, too. Once a year, actually, in the case of Devils Bit, a five-year-old whiskey that is available for one day and one day only each year from a dozen McMenamins properties. That day happens next Tuesday: St. Patrick’s Day.

Devils Bit is a malt whisky made from the famous Maris Otter barley, then aged in ex-Syrah port barrels from the McMenamins winery. Five years later, it’s ready for bottling — only in 200ml flask-size decanters.

What’s the name mean? In the company’s own words: “Irish lore has it that the devil took a bite from a mountain in North Tipperary, Ireland, and spit it out. The small gap became the mountain’s defining characteristic and so the mountain is named Devil’s Bit. In honor of this landmass and its legend, McMenamins created Devils Bit.”

It’s an apt name for a gentle whiskey that drinks a lot like an Irish. Gently sweet and fruity on the nose, the port barrel influence is strong from the start, offering aromas that comprise a racy combination of plum, figs, and baking spice. The body is loaded with more dense fruit and spice notes, with touches of chocolate, butterscotch, toffee, and ample port-driven raisin character. It goes on and on, and like a chameleon, tends to shift in tone and color over the course of an evening with it. I started out with Devils Bit enjoying its powerful fruitiness, but ended the evening savoring sips alongside bites of caramel chocolate. Super versatile, delicious from start to finish, and an unbearably great bargain… presuming you can nab one of these precious bottles. Best get in line now. 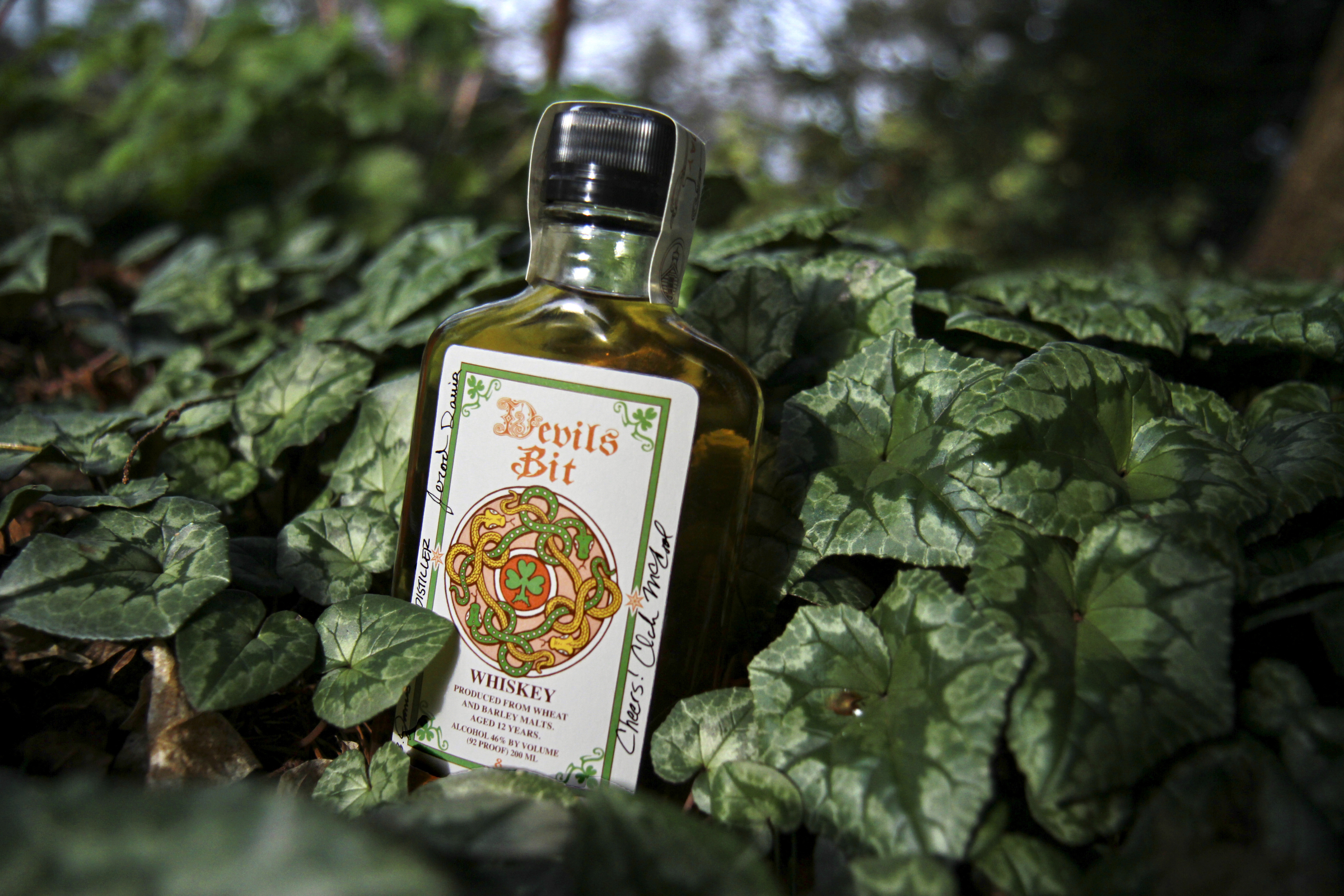