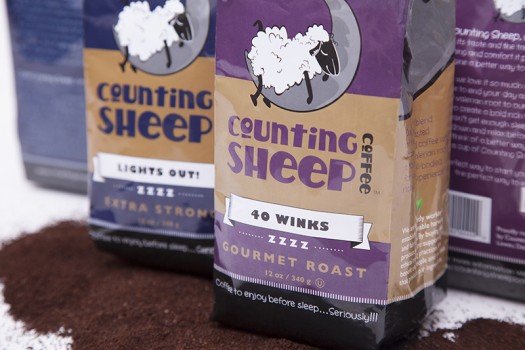 Once you reach a certain age, the idea of drinking coffee after dinner starts to sound insane. And yet it still sounds appealing to kick back with a cup of Java after a delightful meal while you share the molten lava cake.

Enter Counting Sheep, a novelty coffee producer that actually wants that late night cup of coffee to make it easier for you to go to sleep. The trick? It’s decaf that’s spiked with Valerian root, a widely regarded natural sleep aid.

The coffee’s available in two varieties. I gave the “40 Winks” version a try, which packs 176mg of Valerian into each serving, right before hitting the hay. (A stronger version, “Lights Out,” has 235mg and is a darker roasted coffee.)

The aroma is sharp, slightly nutty, and seemingly bitter. The body is lighter than I was expecting based on the punchy nose, with only a mild bitterness and a strong almond flavor on the tongue. I felt like I made a relatively strong pot, but the body was still slightly watery to me. Maybe that’s OK for a coffee intended to be sipped right before bed. Who wants a thick coffee taste in their mouth right before they brush their teeth? Ultimately, this is a simple blend with a modest flavor profile. Enjoyable enough but nothing that would compare with your favorite single-village blend.

That said, if you’re drinking Counting Sheep it’s probably not entirely for the taste. After my cup-o-Sheep, I fell asleep quickly but tossed around quite a bit while I was asleep, waking frequently, but only briefly. Your mileage may vary; herbal sleep-aids tend to effect people differently. I’m willing to give it the benefit of the doubt; for what this product is — an herbal sedative in the form of a cup of coffee — it acquits itself amiably. 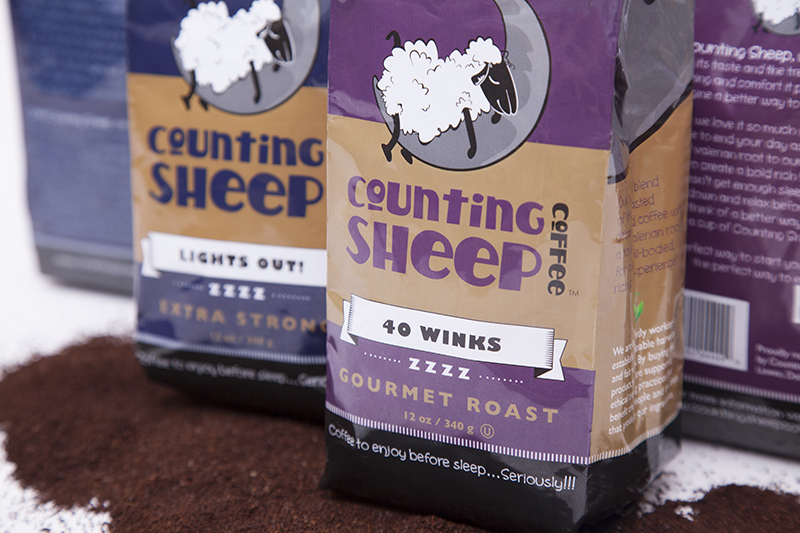