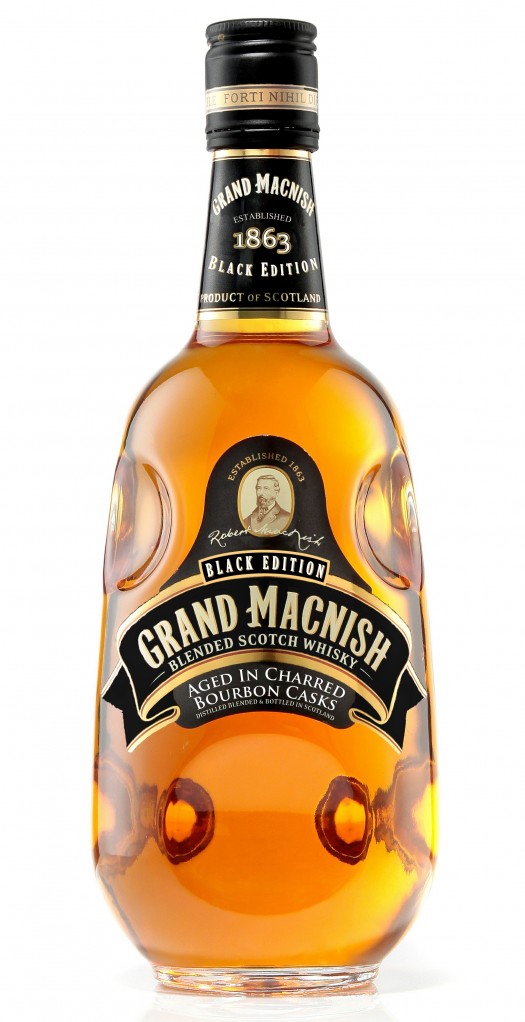 That weirdly dimpled bottle belongs to Grand Macnish, a venerable — but seldom seen in the States — brand of blended Scotch whisky that hails from Glasgow. Several expressions are produced, with this newly released “Black Edition” being a non-age-statement spirit that is aged in double-charred bourbon barrels.

A little brutish on the nose, it offers a punch of raw alcohol notes, followed by a modestly malty, grainy, and lightly peaty character that builds as you breathe deeply. On the palate, both of these elements are present in ample proportions, complemented by sawdust and some honey character, the latter mostly evident on the back end. The finish isn’t entirely appealing, with a somewhat raw and tough character that comes across as a bit weedy and overbearing. Some smoky elements eventually emerge, particularly as the whisky gets some air into it. On the whole, though, there’s just not much to see here except a standard, almost workmanlike example of a basic blended whisky. 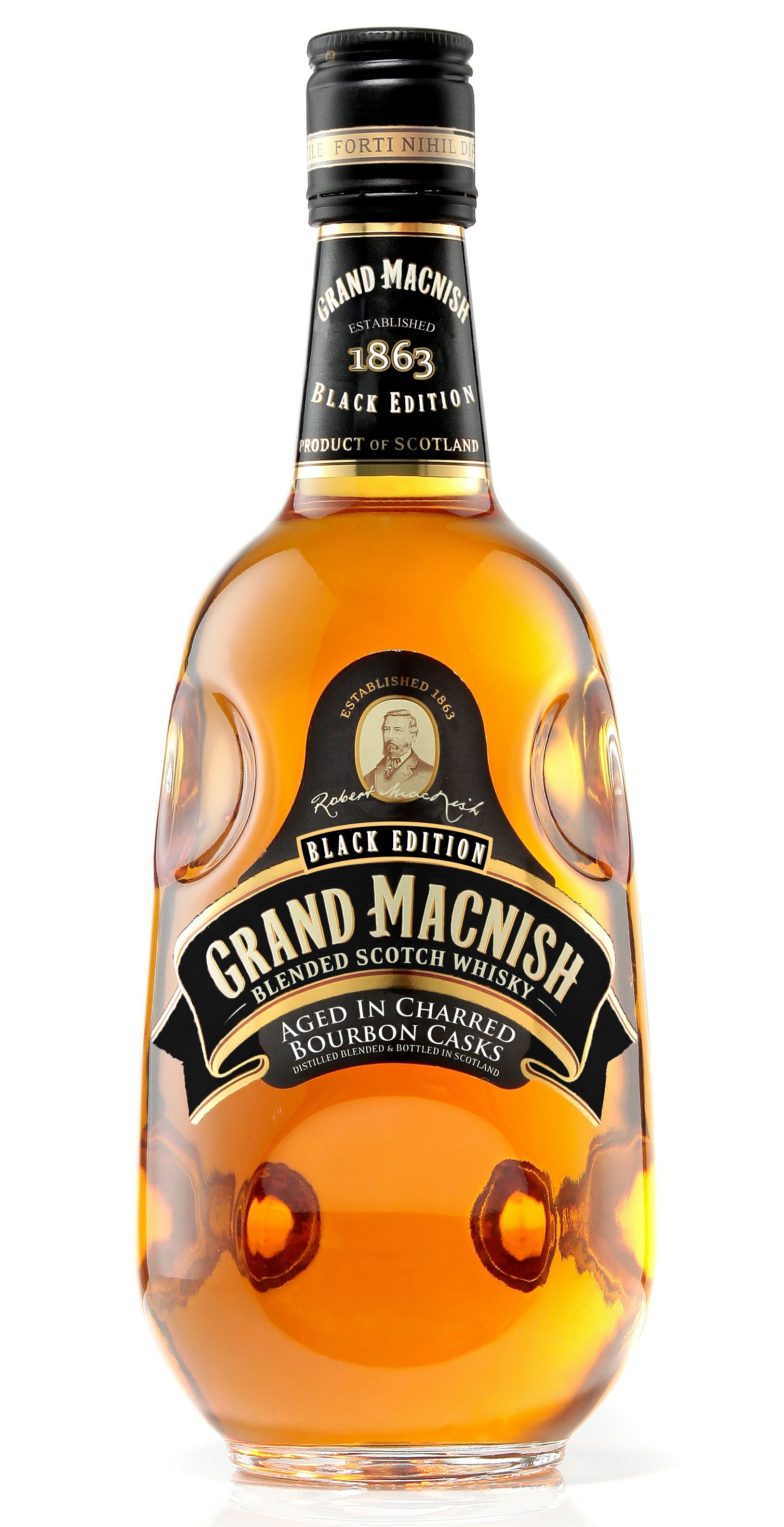