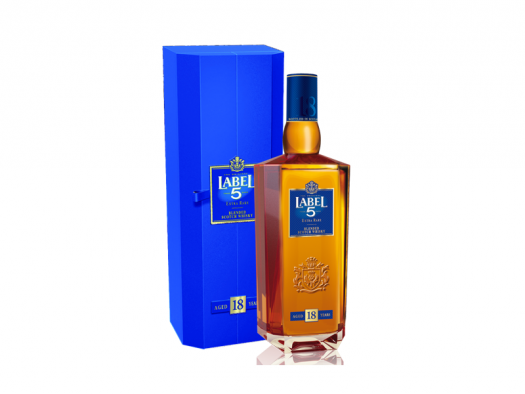 Label 5 is a blended scotch whisky that is marketed not by the Scots but by a French company called La Martiniquaise. The company dates back to 1934, and its products comprise a number of spirit brands that you have surely never heard of.

Label 5 has a small footprint here in America, namely with its Classic Black, a low-cost blend that is often found by the handle. But now the company is expanding its U.S. presence, starting with its new Gold Heritage bottling and likely to continue with two more expressions that carry age statements.

We received four expressions of Label 5 for review, starting with the Classic Black. How do they stand up to the Johnnie Walkers and Cutty Sarks of the world? Come along with us on a journey to, er, France…

Label 5 Classic Black Blended Scotch Whisky – The entry level blend, no age statement. Made with a “generous ration of Speyside malt.” The most commonly available expression of Label 5, even available internationally now. It’s not at all bad, but there’s not much to it. Modest notes of malt, roasted grains, brown sugar, and a touch of vanilla on the nose lead to a very light body, touched just so with heather, more malty grains, and some simple, plain alcohol notes. The finish is largely absent. 80 proof. B- / $20 [BUY IT NOW FROM DRIZLY]

Label 5 Extra Premium 12 Years Old Blended Scotch Whisky – Bolder and more powerful than the Classic Black, the 12 year old expression ups the quotient of malt, nougat, and caramel notes. The body isn’t overly complex, but hints of lavender, thyme, cinnamon, and some almond character can be found if you spend enough time with the whisky. The more rounded body and longer, broadly malty finish are nice upgrades from the entry level bottling, but it’s still a simple spirit at heart. 80 proof. B / $31 [BUY IT NOW FROM DRIZLY]

Label 5 Extra Rare 18 Years Old Blended Scotch Whisky – Slightly sweaty on the nose, with some green/vegetal notes, plus the essence of raw wood and fibrous coconut husks. All the sweetness is drained out of this whisky, leaving behind a spirit with a big, savory body but not much life left in it. Toasty oak is the dominant character here, which would be fine if there was more going on to balance it out. Instead, it attacks the back of the throat with tannin, campfire ash, and a touch of that almond character, plus a final dash of coconut that comes along on the finish to add just a tiny bit of balance. Even the simplistic 12 year old has more going on — and, presumably, it will be much cheaper. 80 proof. B- / $85 [BUY IT NOW FROM DRIZLY]

Label 5 Gold Heritage Blended Scotch Whisky – No age statement, but the company says it includes whisky as old as 20 years of age. There’s a nice balance between malt and sweetness here, the nose offering touches of heather and baking spice, the body loaded with roasted cereal notes and bits of honeycomb. I also catch notes of citrus peel, honeydew, and leather oil. This is the most sophisticated of the Label 5 bottlings, offering a melange of flavors that evolve and morph as the palate develops, while keeping things incredibly affordable. 80 proof. A- / $63 [BUY IT NOW FROM DRIZLY] 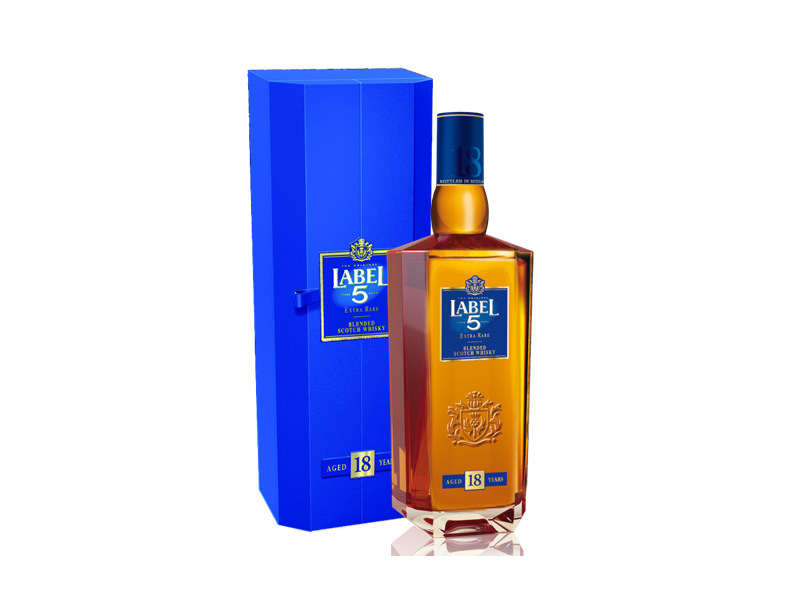