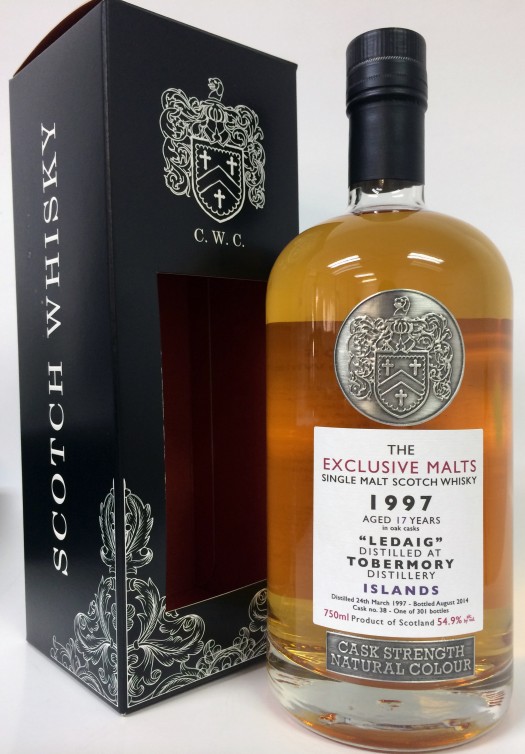 New indie Scotch bottlings are hitting now from The Exclusive Malts, we got two to try. Thoughts follow.

The Exclusive Malts Ledaig 1997 17 Years Old – Batch #5 featured a youthful 8 year old Ledaig (which is made at Tobermory on the Isle of Mull). This one’s over twice as old. Surprisingly pale for a whisky of this age, this Ledaig features soft peat notes that are laced into notes of crisp apple cider, fresh cereal, and barbecued meats. Well structured but with a featherweight body, the finish is seductive but not entirely lasting. I had expected more grip and power from a peated whisky of this age. 109.8 proof. B+ / $150

The Exclusive Malts Speyside Port Barrel Matured 2004 10 Years Old – Much like Batch #5’s Speyside bottling, this is also a mystery Speyside malt, sourced from a distillery “near Aberlour.” This 10 year old expression is matured in Port casks, making it an unusual offering in single malt world. Glorious from the start, if offers a nose of intense raisin, cloves, and gingerbread. The body punches those notes up even further, with gentle touches of cereal on the back end. God, look at that color! The Port has done an impressive job on this whisky, tempering the granary character and giving it a festive, holiday-like exuberance. Too bad it’s January. 115.4 proof. A / $110