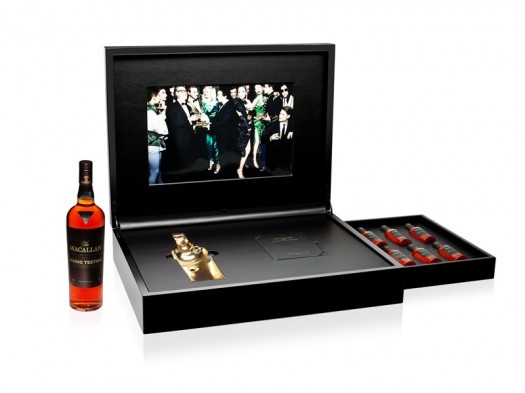 The Macallan isn’t exactly known for doing things half-assed and on the cheap. The distillery is known for megabucks, megaold bottlings of some of the most renowned whiskies in Scotland. One of its pet projects is called Masters of Photography, in which it partners with a series of megafamous photographers and releases a limited-edition, one-off, megaexpensive whisky with each of them. Prior shutterbug partners have included Annie Leibovitz and Albert Rankin.

This is Edition #5, a partnership with Mario Testino, who’s probably best known for this picture of Princess Diana (and perhaps, now, Miley Cyrus). Testino is from Peru, so I figure he knows diddlysquat about Scotch whisky, but that’s no matter. The Macallan’s whisky pros have done the hard work for him: Selecting six casks from the archives to be bottled as the Mario Testino Edition.

There’s a big cover story here about Macallan’s “six pillars” of whiskymaking, and how the six casks chosen for this release represent each of those pillars, but I wouldn’t let any of that distract you too much. This is an amazing spirit — easily the best Macallan I’ve ever tasted, though it strays considerably from the sweeter, more syrupy house style.

There’s no age statement on this, but the deep color and powerful nose indicate this is a spirit with considerable age. While it’s drawn from a variety of styles of sherry casks, the nose pushes past the citrus to reach into a world of leather, cloves, and toasted almonds — just a bit of the essence of that glorious, well-aged sherry character. The nose is so delightful it’s hard to pull your head out of the glass.

That’d be a big mistake, because Macallan’s Mario Testino Edition is even better on the palate. Chewy raisin and fig, chocolate pudding, fresh gingerbread, and loads of baking spices get things going, as the sweet-but-spicy body builds. Here the more raisin-laden notes battle with gentle wood, some walnut, and touches of exotic incense. It just goes and goes, bursting with intensity and popping in the mouth. The finish is long, lasting, and seductive, the ultimate expression of a whisky that was plucked from the cask at just the right moment and released into the world at last… and soon, alas, never to be seen again.

But wait, there’s more! Per the distillery:

This limited edition whisky – only 1,000 have been created – is presented, along with one of the four iconic shots captured by Mario, in a beautiful, glossy black case, designed in collaboration with Mario himself.  The pièce de résistance is a secret compartment, released by pressing a button hidden under the bottle.  It contains six miniatures from the six single casks that make up the limited edition whisky.  Never before has a whisky maker released the individual casks that make up his craft.

Hell, I’d drink it even without the minis and the fancy picture. 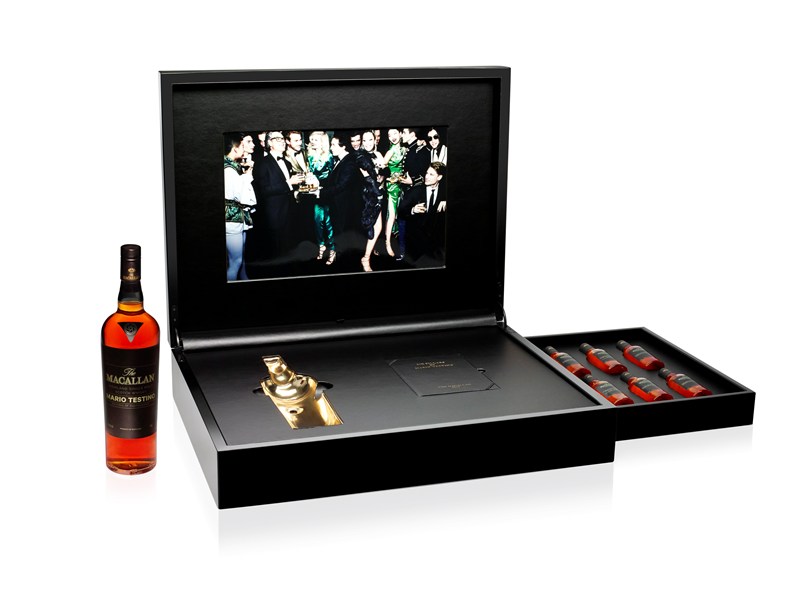 Review: The Macallan Edition No. 4