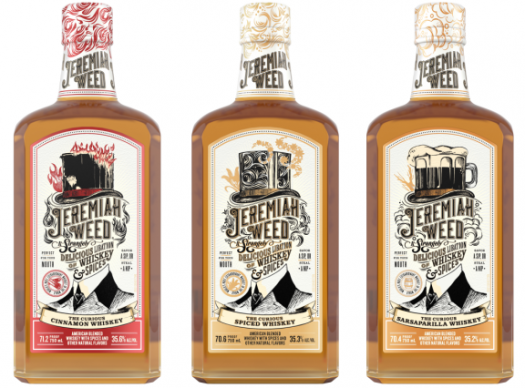 As with any flavored whiskey, whiskey purists need not apply. These are garden variety blended whiskeys with no real pedigree. The flavoring, on the plus side, does seem to be reasonably effective and, for the most part, harmless.

Some thoughts on the latest volley of old-timey inspired flavors follow.

Jeremiah Weed Spiced Whiskey – Extremely gentle, with mild cinnamon notes atop an innocuous, vanilla-heavy whiskey. There’s nothing specifically woody here; rather it’s replaced with an apple cider character that feels designed for holiday tippling, mixing with Coke, or both. 70.6 proof. B- [BUY IT NOW FROM DRIZLY]

Jeremiah Weed Cinnamon Whiskey – A fair enough Fireball competitor, this cinnamon spirit offers big red hots notes on the nose, and a modestly spicy bite on the palate. A lengthy, authentically cinnamon-flavored finish and at least a nod toward the whiskey that serves as a base spirit makes this a winner — at least as far as cinnamon whiskeys go. 70.2 proof. B+ [BUY IT NOW FROM DRIZLY]

Jeremiah Weed Sarsaparilla Whiskey – Root beer whiskey, eh? Tastes like a can of A&W, again without much concern for whiskey. Some curious touches of licorice and just a hint of vanilla on the back end make you remember this isn’t rum of vodka, but it just doesn’t really venture far enough into the whiskey world. 70.4 proof. B- [BUY IT NOW FROM DRIZLY] 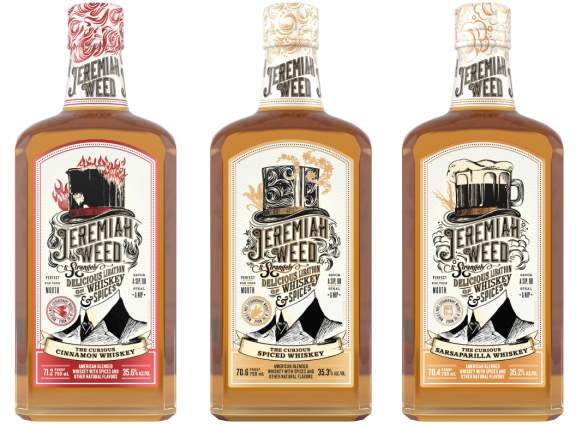