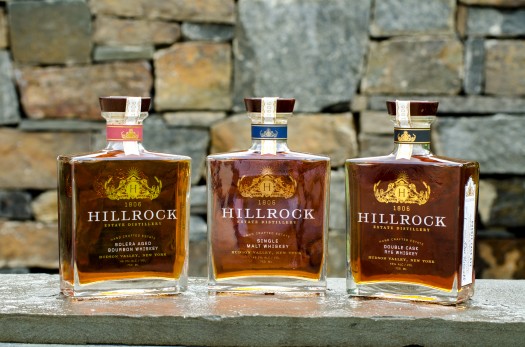 When famous distiller Dave Pickerell (ex of Maker’s Mark) opened Hillrock Estate Distillery in upstate New York, he had but one product, a high-rye Bourbon aged in the solera style and finished in oloroso sherry casks. Since then, Hillrock has added three more craft distilled products, all super-local and carefully handmade, to its stable: a single malt, a rye, and a white rye (made in limited quantities). We tasted all three new products and took a fresh look at the originl Bourbon to see if things were holding up.

Hillrock Solera Aged Bourbon (2014) – This is an update on Hillrock’s crazy solera-aged, oloroso sherry-finished Bourbon, which we first reviewed last year. Today I’m finding the sweetness almost overpowering up front: Bit-o-Honey, ripe banana, mandarin oranges, and chewy nougat comprise a complex nose. The body pumps that up further, with notes of pungent coconut, cherry juice, and orange oil. There’s so much going on in this whiskey — and so many flavors outside the norm of Bourbon, sometimes bordering on rum-like — that it can sometimes come across as overwhelming. It’s a mighty curious experience, though, and one that still bears repeating. 92.6 proof. A- / $80  [BUY IT NOW FROM CASKERS] [BUY IT NOW FROM FROOTBAT]

Hillrock Single Malt Whiskey – A New York single malt whiskey, no age statement. Very malty/cereal-focused on the nose, with hints of smoke. There seems to be some fruit in there, but it’s buried under an avalanche of toasted Cheerios. The body offers racy and savory spices, pepper and some cloves, with a growing wood influence racing up behind it. The grain character remains the strongest, however, with lots of well-fired barley rounding out a very youthful but expressive spirit. 86 proof. B / $100 [BUY IT NOW FROM DRIZLY]

Hillrock Double Cask Rye – Made from estate-grown organic rye, which is aged in traditional oak casks and then finished in secondary casks composed of American oak with a #4 char and 24 months of seasoning. (No actual age statement, though.) The huge level of wood on the nose makes me wonder about the point of that secondary cask finishing. It’s all sawdust and furniture store, dulling the fruit and spice considerably. The palate opens things up a bit, with some butterscotch, caramel apple, and banana bread. It’s actually quite charming in the end, and after the wood wears away a bit (time in glass is good for this, as is water) a more typical essence of rye is revealed. You’ll need to fight for it, though. 90 proof. A- / $90 [BUY IT NOW FROM DRIZLY]

Hillrock George Washington Rye Whiskey (not pictured) – This is  a white rye, and it’s something pretty unique: “Pot distilled at Hillrock Estate following the General’s original recipe by Mount Vernon Master Distiller Dave Pickerell, each bottle contains an aliquot of whiskey made at the Washingtons’ reconstructed distillery at historic Mount Vernon. A portion of the proceeds from the sale of this whiskey supports the educational programs at George Washington’s Mount Vernon.” So, in other words, pot-distilled Hillrock rye mixed with a little bit of Mount Vernon rye, bottled unaged. It’s a classic white whiskey, with the focus squarely on the grain, lightly musty, with overtones of new leather, birch bark, tobacco leaf, and freshly turned earth. Sweetness is elusive on this one, but the punchy, roasted grain character — and the touch of history here — make it worth a brief encounter. 86 proof. B / $50 (375ml) 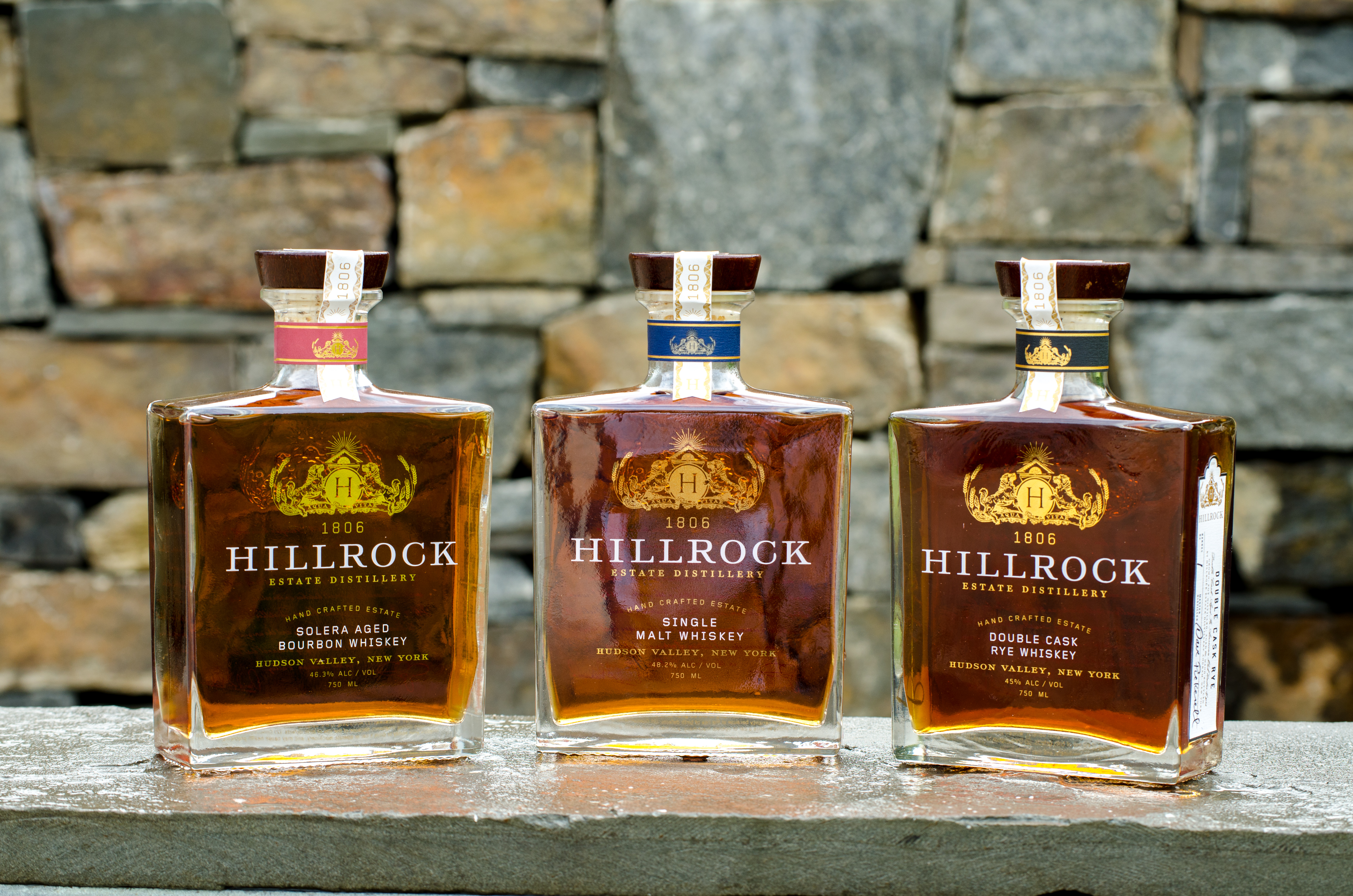