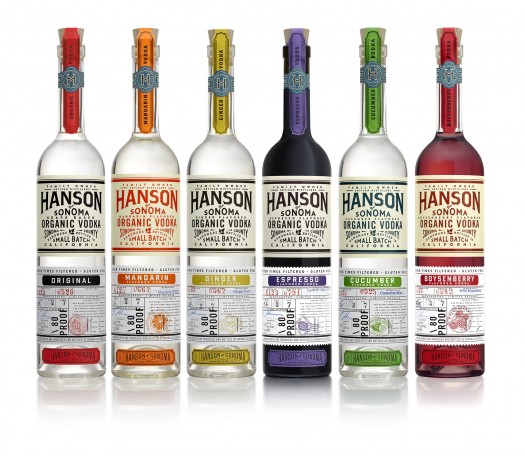 Hanson of Sonoma — based in, of course, Sonoma, California — distills its vodkas from the most abundant product around these parts: grapes. Using a massive 50-plate column still, it runs its spirits through seven filtering systems before bottling them in snazzy, artisan-looking bottles (all of which are signed and numbered).

Hanson of Sonoma is sold in six expressions (one straight, five flavored with organic infusions — no syrups or concentrates). We tried five of the six vodkas available — all but the boysenberry version.

Hanson of Sonoma Vodka – Shockingly fruity. I would have thought this was a flavored vodka, it’s so full of mixed berries — strawberry, blueberry, and hints of citrus. Super light bodied and refreshing, it’s like a distilled pink lemonade. An easy mixing vodka with fruit-centric cocktails. Not a martini vodka. A- [BUY IT NOW FROM DRIZLY]

Hanson of Sonoma Mandarin Flavored Vodka – Sweet orange on the nose — the essence of orange Chuckles. The body’s got more grip to it, a medicinal character that overtakes the citrus notes quickly. As the orange fades into the background, a drying, neutral finish takes hold. Fine for your cosmos, I’m sure, but the original, unflavored expression would do the job just as well. B+ [BUY IT NOW FROM DRIZLY]

Hanson of Sonoma Ginger Flavored Vodka – Very mild ginger on the nose — it could easily be mistaken for lemon or maybe grapefruit. That said, it’s the berry notes of the straight expression of the vodka that come through the clearest, particularly on the palate, though this expression is much drier than the Original. B [BUY IT NOW FROM DRIZLY]

Hanson of Sonoma Cucumber Vodka – Another sweeter vodka style, which is a little jarring next to the light cucumber notes here. In fact, the nose has more of a lime zest character to it, while the body is clearer on the vegetal cucumber notes. It eventually comes together on the finish with some crisp spa-water essence, but it’s never distinct enough to merit crafting a cocktail around it. B [BUY IT NOW FROM DRIZLY]

Hanson of Sonoma Espresso Flavored Vodka – The big finish always goes to coffee. This is the only non-clear expression of Hanson of Sonoma. Notes of a very dark espresso roast on the nose. The body is pungent, almost bitter with heavily-charred espresso beans. Imagine the darkest, blackest cup of coffee you’ve ever had, then filter that through the lens of a fruity vodka. This one was by far my least favorite expression of the bunch, particularly thanks to its tannic, chalky finish. C- 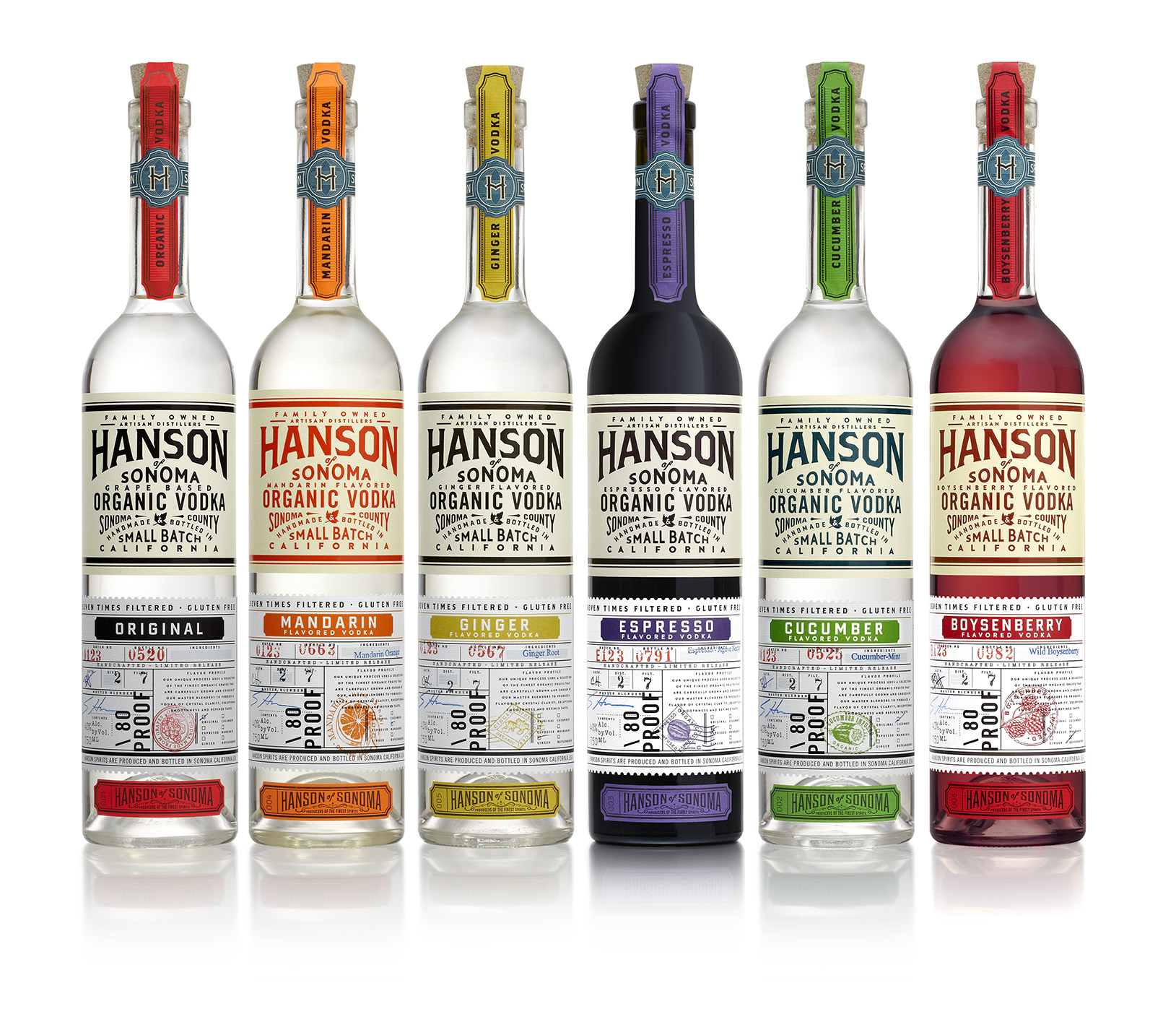