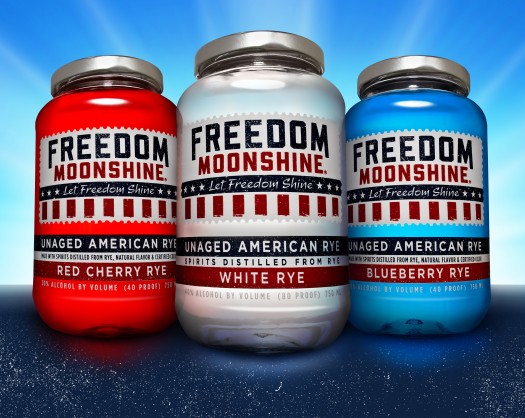 This new unaged whiskey (a moonshine as they call it) — available in a straight version and four (heavily watered down) flavors — is distilled in Indiana from 95% rye and 5% malted barley and flavored and bottled in Tennessee. What, no corn? No neutral grain spirits? It’s true, believe it or not!

We tried all five expressions of this Skittles-colored spirit. Thoughts follow. (Some proceeds go to support military-focused charities.)

Freedom Moonshine White Rye – On the nose: mostly harmless. Slightly sweet-smelling, with some hints of grain and Band-Aid notes. The body is mild and punchy with fresh grain character and a very simple structure that pushes notes of twine and hay. Surprisingly, there’s almost no sweetness at all here — which is not at all in keeping with expectations, considering the candy-colored rainbow of flavors that lies ahead. 80 proof. C+ [BUY IT NOW FROM DRIZLY]

Freedom Moonshine Apple Pie Rye – OK, on to the flavors. Apple pie flavor tends to go hand in hand with moonshine, and while this expression is on the mild side, it’s still credible and quite drinkable. A bit more sugar (I hate to admit) would help the apple and cinnamon notes here taste a bit more authentic, but that might also rob it of some of its more savory, pie-crust-like character. 40 proof. B+ [BUY IT NOW FROM DRIZLY]

Freedom Moonshine Red Cherry Rye – Impossibly red, like maraschino cherry juice. Not quite cough syrup on the nose, but getting there. The body is sweeter and less focused, something akin to melted Jolly Ranchers. After a few sips, things take a turn toward a syrupy character, artificial and only vaguely tasting of cherry. 40 proof. C- [BUY IT NOW FROM DRIZLY]

Freedom Moonshine Blueberry Rye – Certainly patriotic in color, but nothing like any blueberry I’ve ever seen. The overall impact is somewhere between blueberry schnapps and blueberry Pop-Tarts. 40 proof. C- [BUY IT NOW FROM DRIZLY]

Freedom Moonshine Firecracker Rye – A cinnamon moonshine, naturally. Slightly less crimson than the cherry expression — more of a fuchsia. Quite watery on the whole — it must be tough to pull off a cinnamon spirit at 20% alcohol — with more sweetness than cinnamon to it. The color is off-putting, but the impact is mostly innocuous and far from anything describable as “firecracker.” 40 proof. C [BUY IT NOW FROM DRIZLY] 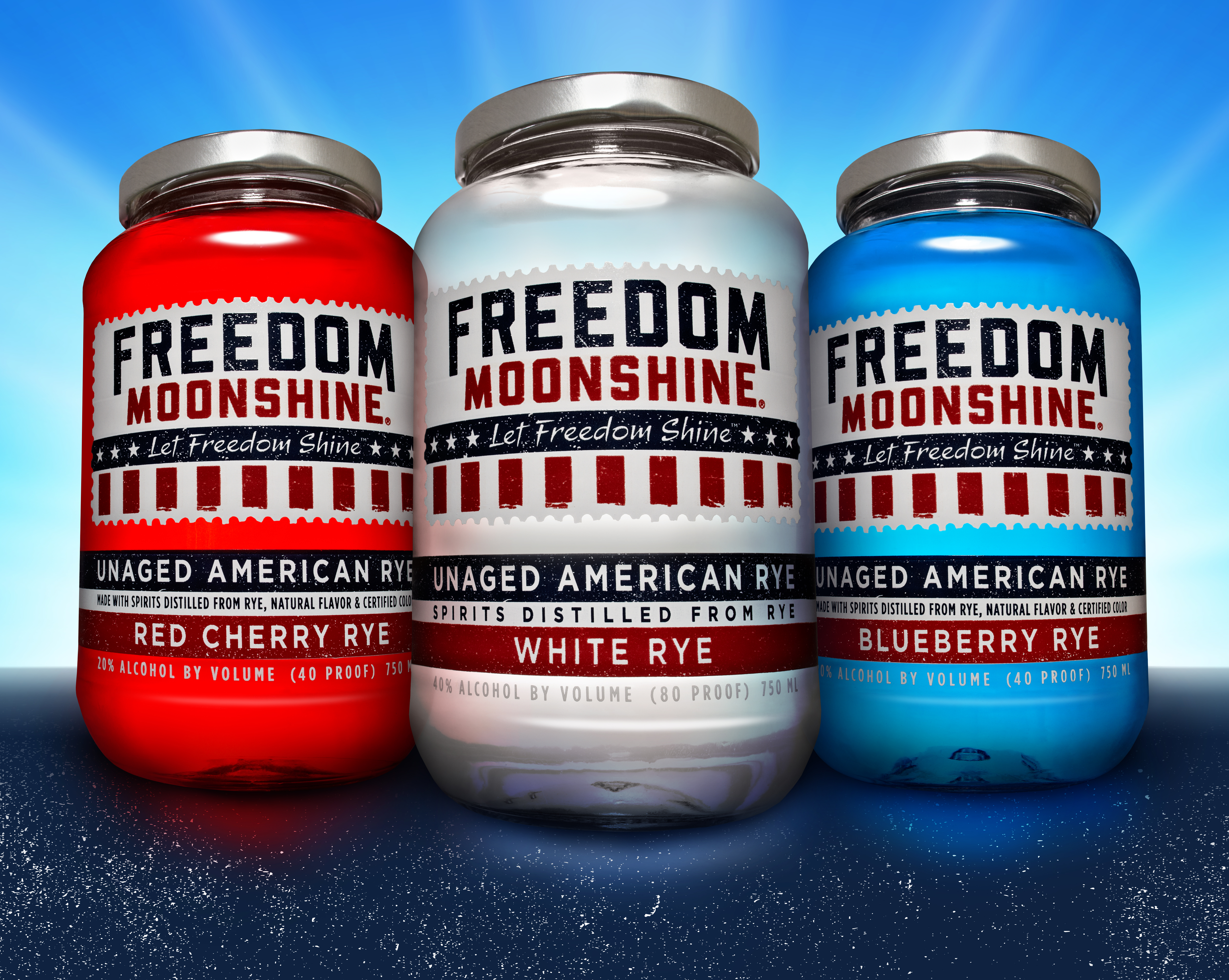