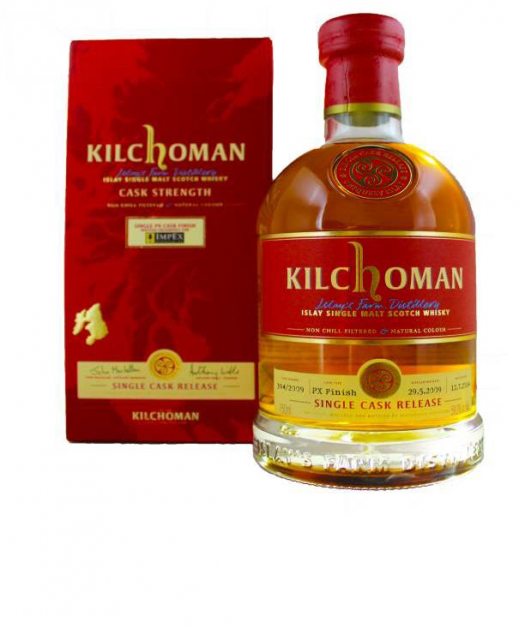 Lookee here: Two new single-cask, barrel-strength Kilchoman releases (literally, these are both made from one cask), exclusive to U.S. importer ImpEx. We got to try them both.

Kilchoman Single Cask Release Sherry Matured – Distilled in 2009, this Islay whisky then spent 5 years in first-fill Oloroso sherry casks. This is a powerful and searing expression of Kilchoman, blazing with peat smoke up front before segueing into notes of burnt orange peel, Madeira, black pepper, and iodine. Not exactly a subtle whisky, but rather a pure essence of Islay, filtered through a sherry haze. The 2012 lower-proof, non-single-cask sherry release of Kilchoman was a bit more manageable. 115.8 proof. Cask #85/09. B / $130

Kilchoman Single Cask Release PX Finish (2009) – Distilled in 2009, aged in first-fill Bourbon casks, and finished in a Pedro Ximinez sherry cask. A much more balanced and engaging dram than the above. It’s just as full of seaside peatiness as the Sherry Matured expression, but it finds a foil in sweeter orange and light tropical character, brown sugar, and a gentler expression of smokiness that approaches beautifully barbecued beef. Despite an even higher alcohol level that approaches 60% abv, it’s also an overall gentler whisky — something to savor by the fireside for this surly winter. 118.4 proof. Cask #394/09. A- / $130 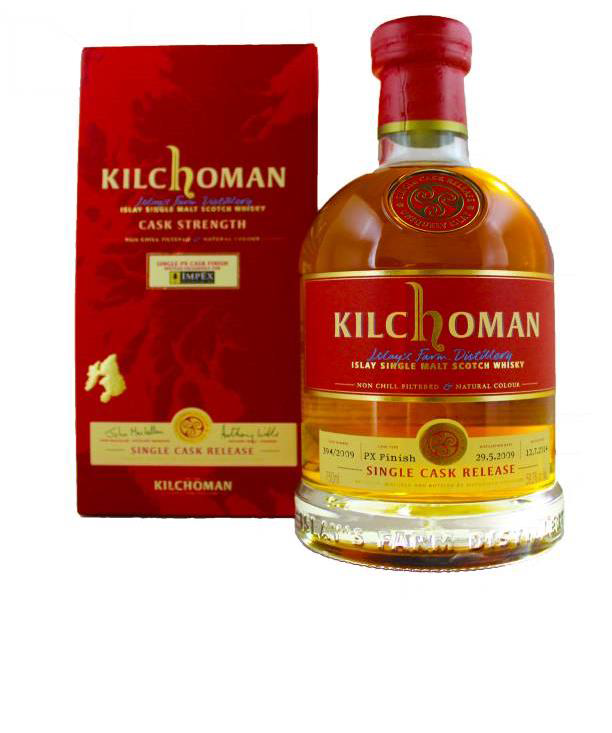