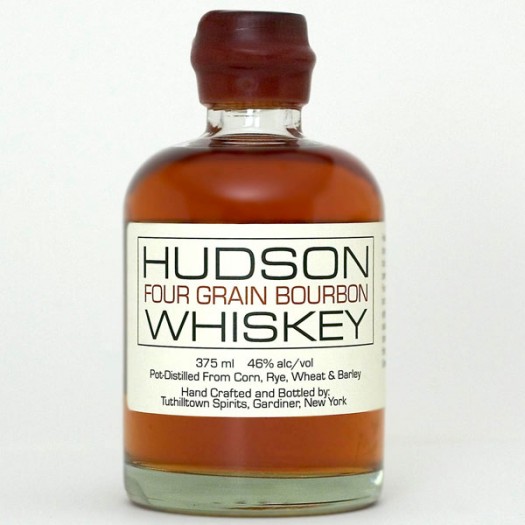 Tuthilltown Spirits, based in Gardiner, New York, has been on the forefront of craft distilling since its launch in 2005. Its Hudson line of craft whiskeys remains one of the most iconic exemplars of what can be done with a careful hand and a lot of ambition, and I’ve interviewed distiller and all-around nice guy Gable Erenzo on several occasions over the years  to talk about his approach to production and, particularly, aging. (Erenzo is a pioneer in the use of small barrels in craft whiskey aging; Hudson whiskeys are aged in a variety of casks ranging from 2 to 14 gallons in size — and Erenzo will often play loud music in the warehouse to get the bass shaking the whiskey in and out of the pores of the wood.)

Today, Tuthilltown markets four whiskeys in its permanent lineup, plus a variety of seasonal releases. Here we look at two of them, including Hudson Four Grain Bourbon and Hudson Baby Bourbon, the first bourbon distilled in New York.

Hudson Baby Bourbon Whiskey – 100% New York corn, double distilled and aged less than four years in small oak barrels. Unfiltered. This is a whiskey that has always worn its grain on its sleeve, and this bottling is no different. Pure popcorn up front — particularly on the bristly, rustic nose — finally gives way to something sweet after you give this whiskey some air, and some time. With ample patience, you’ll find notes of sweet cherry juice, butterscotch, menthol, and some baking spices. The back end is tough and astringent, bringing back that gritty popcorn character and proving it’s made in a frontier style in every sense of the word. All in all it is not without its charms, but it does require a certain mindset to really get into. Reviewed Year 14, Batch 4. 92 proof. B / $40 (375ml)  [BUY IT NOW FROM CASKERS]

Hudson Four Grain Bourbon Whiskey – Made from a mash of corn, rye, wheat, and malted barley, double distilled and aged under four years. This is a gentler whiskey than the Baby Bourbon — as it should be, due to the addition of those other grains beyond straight corn. The nose is lightly minty, and adds notes of chocolate to a slightly corny base. The body is quite pretty, with a buttery and mouth-filling richness to it, offering notes of creme brulee, intense vanilla, some dried tobacco, and fresh-cut timber. On the finish, touches of popcorn re-emerge to remind you that, four grains or no, you’re still drinking bourbon, and a good one at that. Reviewed Year 11, Batch 24. 92 proof. A- / $42 (375ml)  [BUY IT NOW FROM CASKERS] 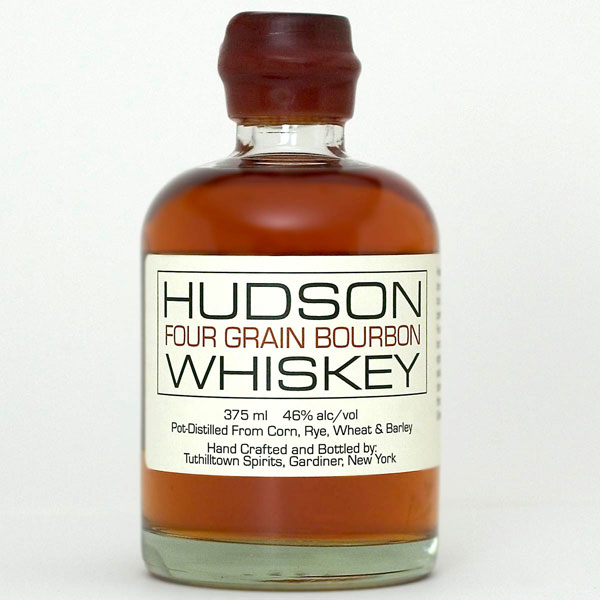