The latest “false advertising in spirits” lawsuit to be filed comes against the iconic, waxy red folks at Maker’s Mark, who are being sued by folks looking for about $5 million in damages (???) from the Beam brand, claiming that Maker’s is using false advertising to claim the product is “‘handmade’ when in fact defendant’s whisky is manufactured using mechanized and/or automated processes, which involves little to no human supervision, assistance, or involvement.” No doubt this will be one that makes more national waves as the weeks go on. Stay tuned. [USA Today]

Things aren’t all bad for Maker’s parent company though. Profits seem to be on the up, and the company is planning yet another stillhouse/tourism center. Meetings about a potential “urban stillhouse” are scheduled to happen today between Beam and the Kentucky Tourism Finance Authority today, with the location tentatively scheduled to be on 4th Street in downtown Louisville. [Courier-Journal]

In other bourbon news, Buffalo Trace is getting ready to release the final batches in the 2014 campaign of its long-running Experimental Collection. According to a press release sent to us yesterday:

The Warehouse Floors Experiment was started in 2001, when Buffalo Trace filled 15 barrels with their Wheat Bourbon Mash Bill and placed five barrels on floors one, five, and nine of Warehouse K. This brick warehouse has nine wooden floors in total and was chosen for this experiment due to the variety of tastes it provides during the aging process. “This experiment was an interesting comparison to our rye bourbon warehouse floors experiment, especially since both were aged in the same warehouse and on the same floors, said Harlen Wheatley, master distiller. “As with the rye bourbon experiment, the higher floors yielded a different taste profile than the lower floors, giving us a richer and full bodied taste. Also, we noticed a higher evaporation rate on the wheat recipe experiment vs the rye bourbon recipe experiment. The wheat evaporated between 42-51% over the twelve years, depending on what floor the barrel was aged. The rye experiment evaporated between 25-49% over the twelve years, with significantly less on the lower floors. This higher evaporation rate is expected in wheated recipes, but it’s interesting to see it up close with the rye experiment.”

The bottles are set to hit stores this month, and will come at its usual retail suggested cost of $46.75 per 375ml. Reviews are forthcoming. [Buffalo Trace]

In case you’ve missed it, Whisky Advocate has been counting down its favorites of 2014 over on their blog, including one that’s a bit of a surprise in the American Whisky category. Lots of great stuff to choose from if you can find any of it at this point in the year. [Whisky Advocate] 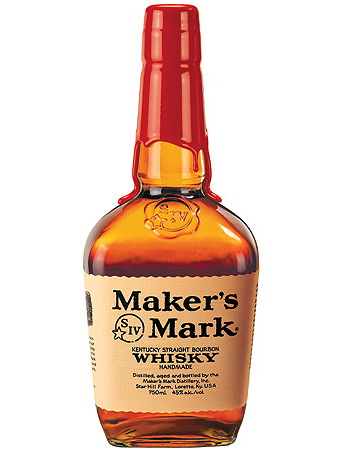