The march of craft beer continues, this time as we take to the friendly skies as Delta begins offering craft beers from various microbrews across the nation. Of course, this upgrade will no doubt come at an upcharge to patrons, who would perhaps prefer the comfort of more legroom than a can of Brooklyn Beer. In response to this new trend, Spirit Airlines is rumored to be considering upgrading its beer selection to include Budweiser at $15 a can. [Gizmodo]

In other beer news, Arcade Brewery is releasing “6 Pack Stories”, a six pack of beer featuring part of a comic book narrative on each bottle. Festus Rotgut: Zombie Cowboy, is the first in the series, and was illustrated by Tony Moore of The Walking Dead. [Red Eye Chicago]

Forbes presents a lengthy interview with Michael Houlihan, co-founder of Barefoot Wines, on the challenges of starting up the company and handling its rise to gradual success. More business-based than anything, but still an interesting read. [Forbes]

Business Insider publishes an article on the new fad of bourbon hoarding. In response, the Guardian reminds us that there really isn’t a bourbon shortage, and that hoarding is overhyped. Additionally, the Wall Street Journal adds fuel to the fear fire with profiles of three bourbons worth hoarding. Hint: two of the three are wheated and from the same distillery.

And finally today, America’s favorite ascot enthusiast Fred Minnick takes on Pink Panty Dropper Watermelon Moonshine for its label design and general existence. While we’re generally annoyed with the brand concept as a whole, it’s the absolutely absurd use of typography and general graphic design that has us grinding our teeth this morning. [Fred Minnick] 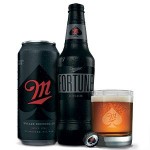