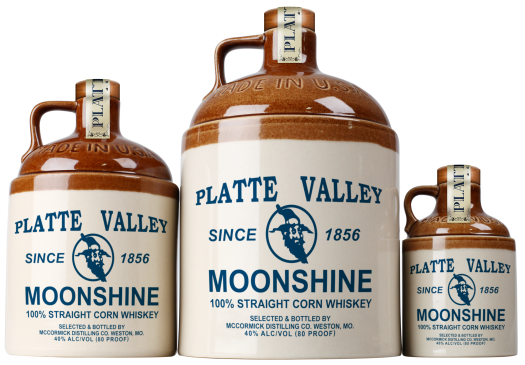 The Platte Valley can be found in Missouri (and thereabouts), far away from the moonshinin’ capital of the world, Appalachia.

Don’t tell that to McCormick distilling — makers of the well-known, eco-friendly 360 Vodka. Among other spirits, McCormick also makes Platte Valley Moonshine (“a true expression of the south… since 1856”), too. This is a 100% corn whiskey bottled in a classically-styledd ceramic jug. And while most moonshine is traditionally bottle unaged, Platte Valley spends 3 years in barrel before bottling. (What type of barrel isn’t disclosed, but I’m guessing refill bourbon barrels based on the pale yellow color.)

The nose is all sweet cream and corn — think creamed corn — with notes of toasted marshmallow and malted milk powder. On the palate, the sweetness hinted at on the nose becomes almost overbearing, a spun sugar web that locks up notes of caramel corn, almonds, and a touch of Fig Newton. The finish is lengthy and more than a bit cloying, making it tough to believe this hasn’t been doctored with more than a few sugar cubes before bottling.

B- / $20 / plattevalleymoonshine.com [BUY IT NOW FROM DRIZLY] 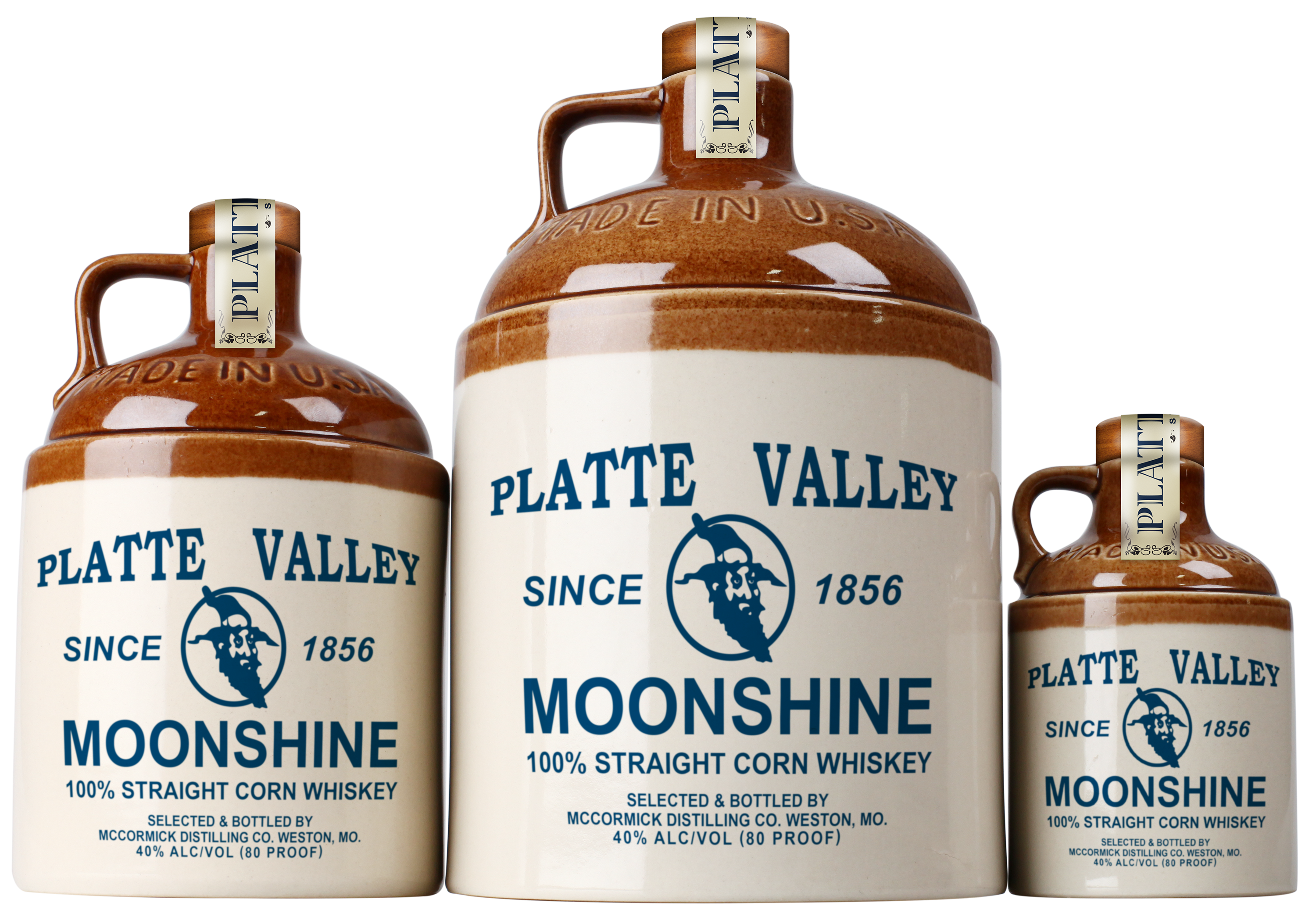