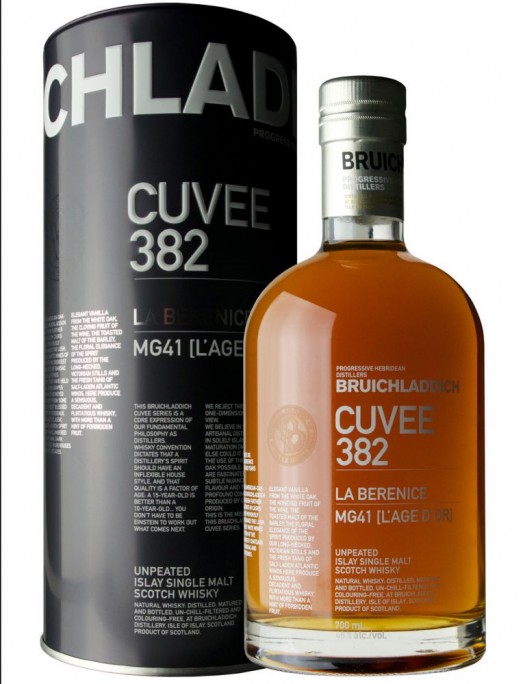 When people ask me what my favorite whiskey is — and they do that a lot — after I hem and haw about it for a while, I usually tell them it’s one they’ve never heard of: Bruichladdich 16 Years Old First Growth Series: Cuvee E Chateau d’Yquem Sauternes Finish, a limited edition that Laddie put out in 2010 and which is down to its last drops in my bar. (My “A” rating at the time is too low.)

Cuvee E is long gone from the market, but Bruichladdich recently put out a spiritual successor of sorts, Cuvee 382 La Berenice. It’s a different animal — five years older and finished in both Barsac and Sauternes casks, but with my beloved Cuvee E nearly spent, I sprang for a bottle of 382 to keep the party going.

Cuvee 382 is a study of contrasts, starting out much, much darker in color than Cuvee E, offering the appearance of what looks like a well-sherried whiskey. The nose is serious, more intense than Cuvee E, and less sweet from the start. Biscuits, gingerbread, and leather oil pervade the racy, punchy nose. The body brings lots of dried fruits into the equation, folding these into notes of roasted grains, more leather, and some citrus peel. It doesn’t offer the bright and sweet honey character of Cuvee E, however, rather it takes things in a more austere direction. Watch for a surprising rush of sea salt on the finish to polish it all off.

Altogether, this is a surprisingly different whisky than the distillery’s prior Sauternes-oriented bottling, though it has plenty to recommend it in its own right. While it sticks closer to a more traditional malt whisky formula than Laddie’s previous experiment with a sweet white wine finish, it remains a remarkable and remarkably drinkable dram. 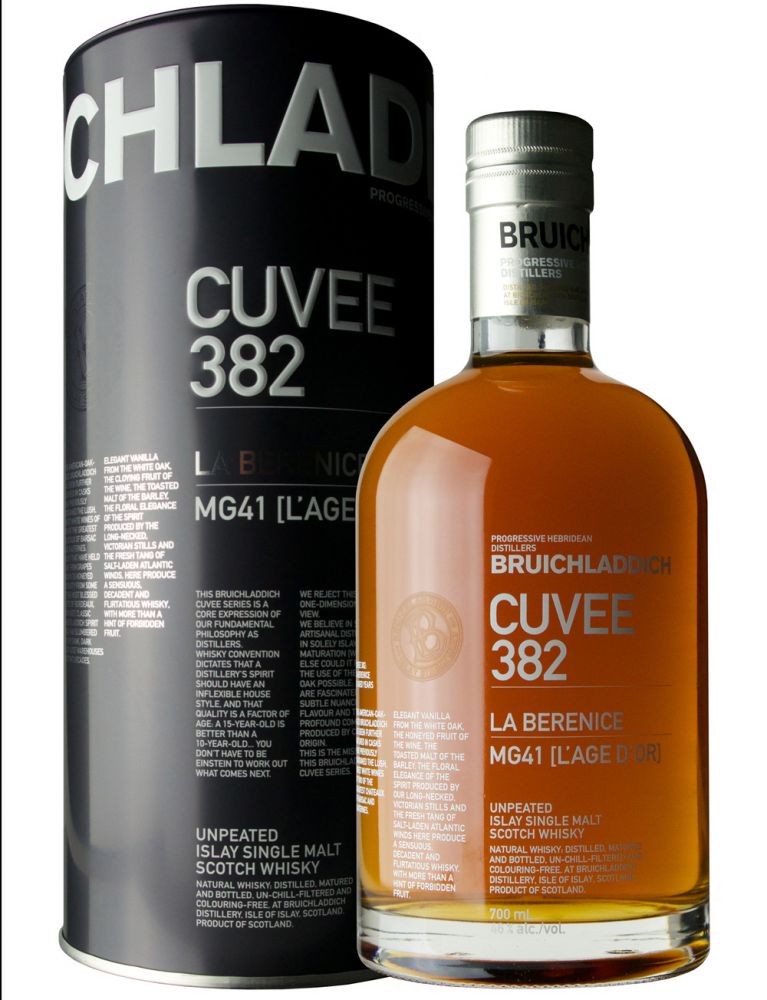