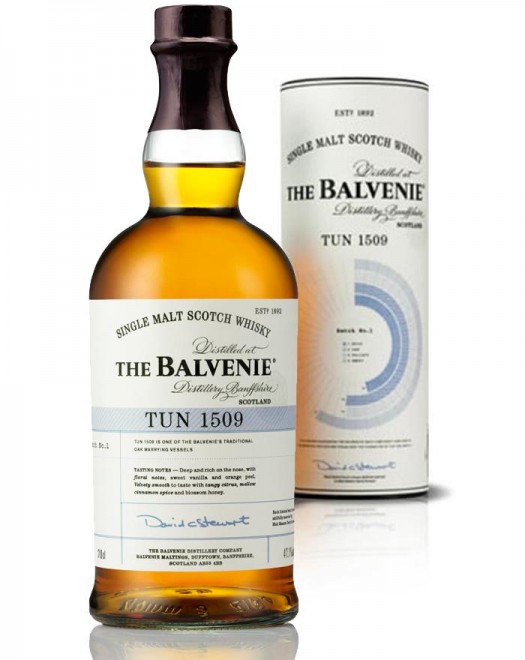 Lucky day: Not one, but two new bottlings from a perennial favorite: The Balvenie. Actually, the distillery has recently released three different whiskies, the third being The Balvenie Fifty, Cask 4567, a 50 year old expression that runs $38,000 a bottle.

We did not manage to nab a bottle of this lattermost one, but no matter: We did sample the other two, a new 25 year old single barrel release and a new sibling in the Balvenie Tun series, Tun 1509, Batch 1.

Let’s discuss each in turn.

Second, The Balvenie Tun 1509 is the sequel and successor to the impressive Tun 1401 series, which composed a set of nine different batches of whiskies that were blended up in small quantities, about 2000 liters per batch, and released in very limited amounts over the last few years. We reviewed several of the Tun 1401 series (see Batches 3, 6, and 9) — only a few of the nine ever made it to the U.S. — but all were gone much too soon. Now, Tun 1401 has been retired, and Tun 1509 is in. This mixing vessel can hold 8000 liters, which means the whisky blended up in it may be less “rare,” but it will at least be easier to find.

The Balvenie 25 Years Old Traditional Oak Single Barrel – Shockingly light in color, this hardly looks like it’s been in barrel for a year, much less 25. The actual presentation on the tongue and nostrils, however, is quite the opposite. Seductive notes of caramel and some citrus notes are well-integrated on the nose, making it candylike without being cloying. The body takes this and runs with it, firing on all cylinders. The caramel notes turn toward dark chocolate sauce, the fruitiness toward essence of orange flowers, caramel apples, honey, and some spice — cinnamon, allspice, and a bit of brown sugar. Throughout, Balvenie 25 keeps things light and lively, a whisky that’s lithe and light on its feet, a treat that combines the pleasures of a well-aged senior statesman with the gentler body of a fresher, younger spirit. If it weren’t so gorgeous I’d call it a simple pleasure. 95.6 proof. A / $599 [BUY IT NOW FROM DRIZLY]

The Balvenie Tun 1509, Batch 1 – Batch #1 of Tun 1509 is made from whisky aged in ex-bourbon barrels (35 casks) and sherry butts (7 casks), for a total of 42 casks worth of single malt commingling in Tun 1509. The results are powerful compared to the quieter 25 year old single barrel, evident from the start by looking at the deep amber color of the whisky. The nose is exotic and rich, offering punchy notes of well-burnt sugar, coffee, dried figs and raisins, and a touch of coal fire smoke. The body then takes all of these components and promptly kicks them right in the ass. Dried fruit takes a spicy, Christmas-like turn toward the baking pantry, with notes of cloves and cinnamon dominating. There’s more red fruit on the palate — think plums — along with notes of blood orange and tangerine. Some malt is here, but the cereal character is warm and inviting, like a well-doctored bowl of oatmeal on a cold day. This whisky drinks embarrassingly easy despite topping 94 proof, taking its burly, rounded body and just having its way with your palate from start to finish. Speaking of the finish — it’s long, warming, and, as it vanishes, it leaves you begging for more. One of Balvenie’s best whiskies ever. 94.2 proof. A+ / $350 [BUY IT NOW FROM CASKERS] 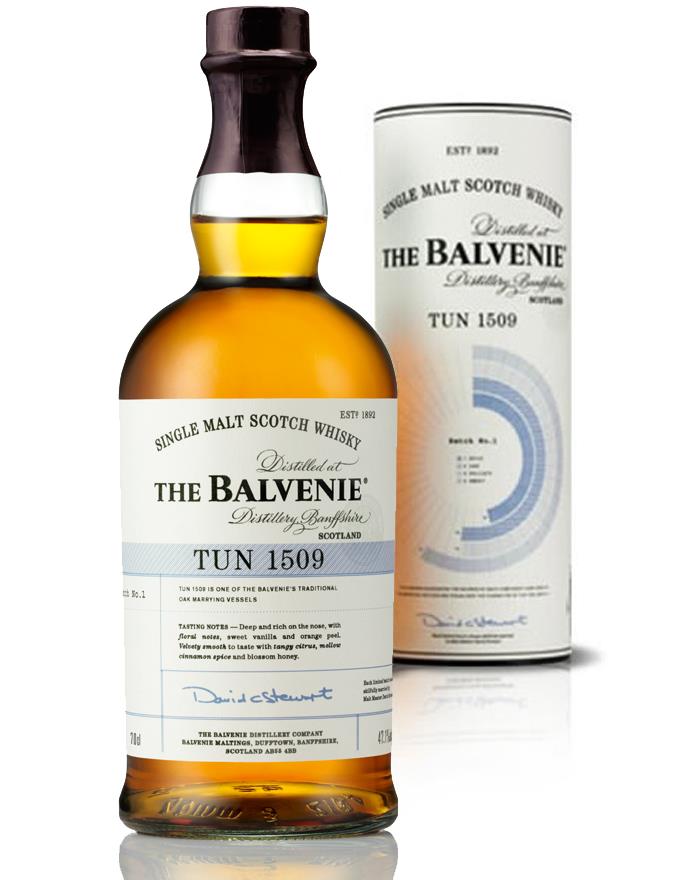