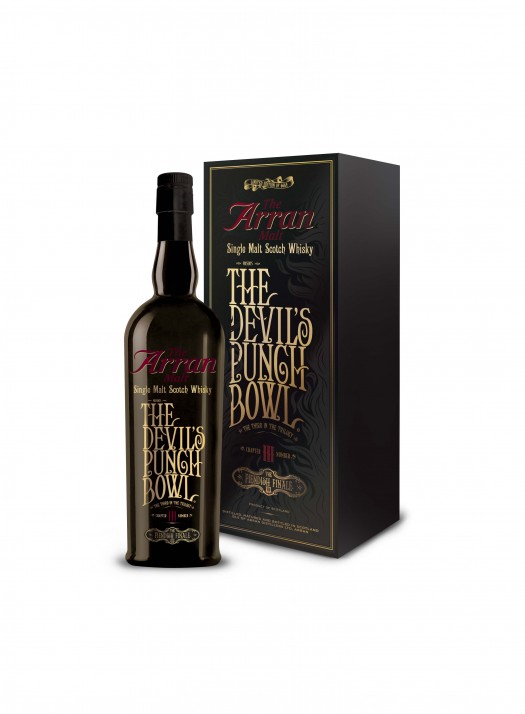 All good horror stories deserve a trilogy, and Arran Malt, with its Devil’s Punch Bowl series, is back for a third and final round of this special release whisky: The Fiendish Finale. See notes on Chapter I and Chapter II here.

There’s unfortunately not a lot of production information on this batch, but it is drawn from whisky that has been finished in oloroso sherry butts. No age information is offered. As with previous editions, it is a cask strength bottling.

This expression of the Devil’s Punch Bowl is racier and spicier on the nose than previous expressions, with a clearer expression of its barley base at first. The body is huge — powerful with sherry notes, chewy malt, and a finish that pushes forth notes of dried fruits, milk chocolate, and a sweetness akin to caramel sauce on fresh Belgian waffles. It’s not at all smoky like Chapter II, instead letting the sherry do almost all of the talking here, building a dessert-like confection that layers both fresh and dried citrus notes atop a big caramel core. Lots of fun, and a real go-to whisky for after-dinner drinking.

All in all, this is a fantastic way to round out one of the more memorable series of Scotch whiskies to arrive in recent years. 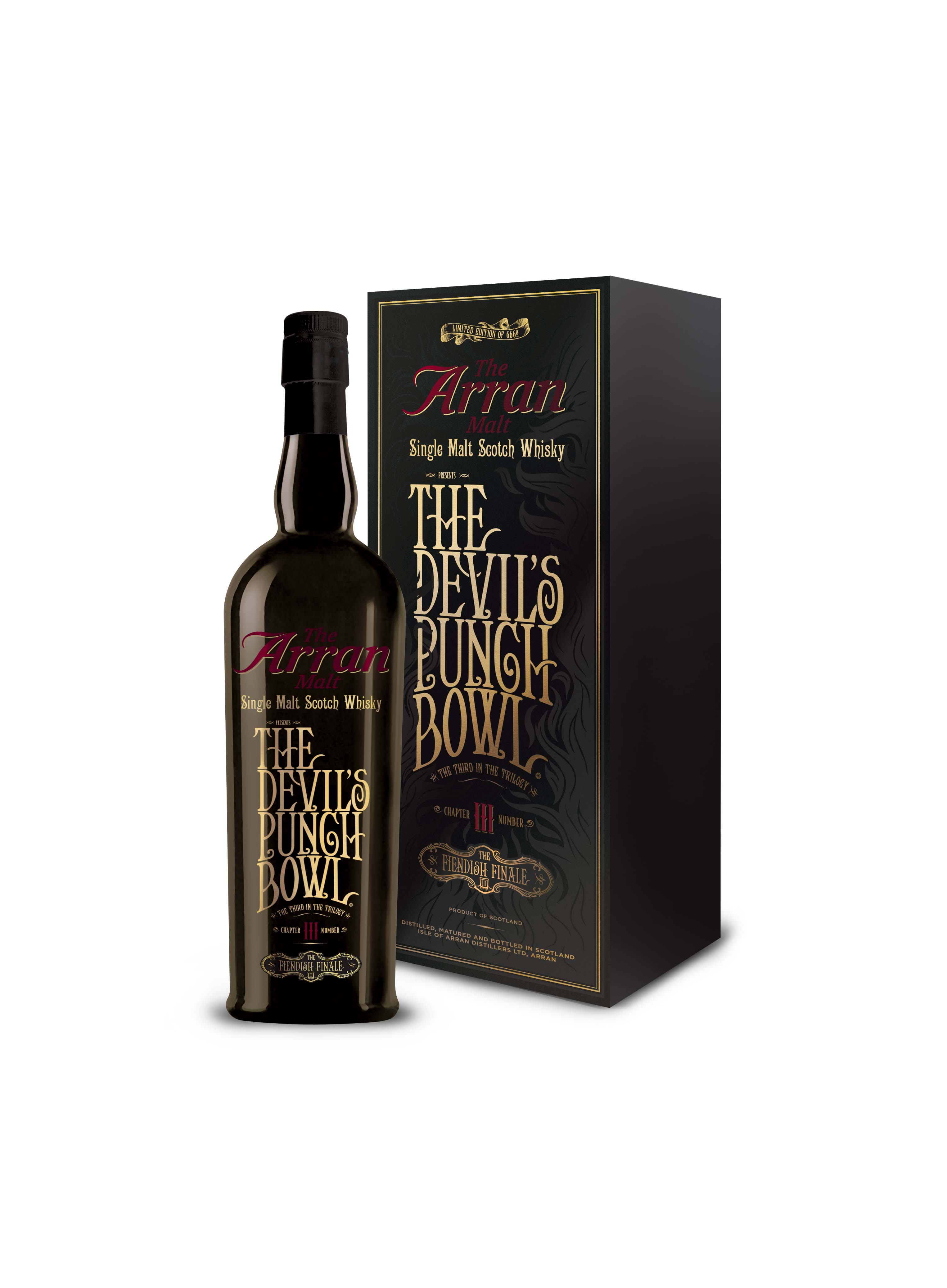