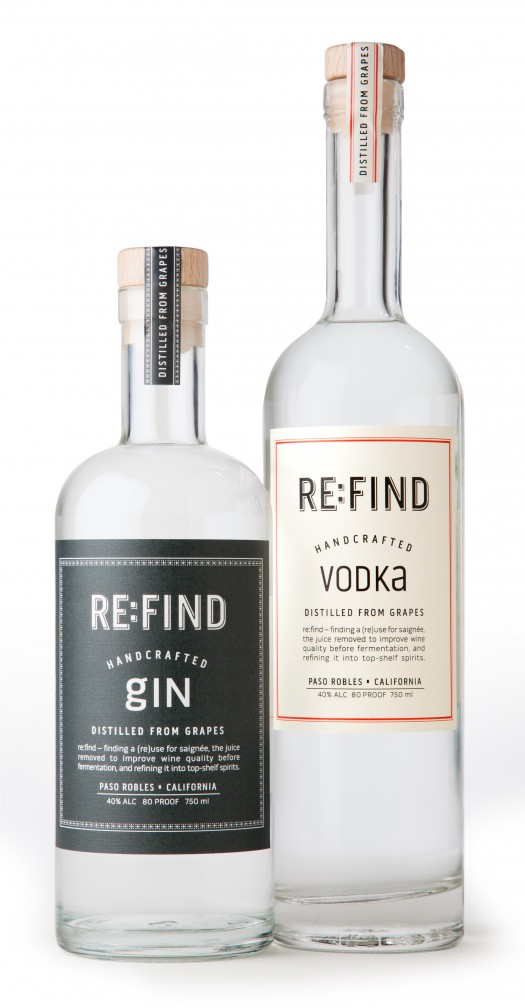 Distilled from grapes in Paso Robles, California, Re:Find is a boutique distillery that turns its “neutral brandies” into a variety of straight and flavored spirits. Distilled “from grapes” has certain connotations, but Re:Find is careful to note its vodka is not grappa, a specific type of brandy that is distilled from a by-product of winemaking. Re:Find is rather made from “free run” juice called saignee that is bled off during pressing, before red wine grapes are fermented — so it’s closer to an unaged brandy in composition. These are high-end grapes, which just so happen to be used to make wine at Villicana Winery — which is under the same ownership.

Mostly available only in California, we got a look at four of the spirits in Re:Find’s lineup. All four spirits reviewed below are 80 proof.

Re:Find Vodka – A bit grappa-like on the nose, with some of that funky, twig-‘n’-stem character you see on this spirit, but it’s undercut with the lightest aromas of honey and marshmallow. The body offers more in the way of hazelnuts, banana, and vanilla cookies, which makes for an interesting counterpart to the funkier nose (again, much like a good grappa). There’s a lot going on in this spirit and while it’s initially a bit much when sipping straight, it does show lots of nuance and character, and it merits exploration both on the rocks and in more complex cocktails. A- / $35

Re:Find Cucumber Vodka – Interesting choice for your first flavor, but damn if a nose full of Re:find Cucumber doesn’t smell like you’re headed to a day at the spa. Crisp and authentic, this vodka offers pure and refreshing cucumber flavor through and through, with just the lightest dusting of sweetness on the finish to offer some balance against the vegetal notes up front. You get none of the earthy grappa character in the unflavored vodka here, just fresh cukes from start to finish. Impressive considering this is legitimately flavored with fresh cucumbers. Seasonally available. A / $25 (375ml) [BUY IT NOW FROM DRIZLY]

Re:Find Gin – Triple distilled and infused with (mostly local) juniper berry, coriander, orris root, lemon & orange peel, grains of paradise, and lavender. This is an engaging gin, juniper-forward on the nose, with hints of lavender underpinning it. On the palate, things get a bit switched up. Here the lavender picks up the ball and runs, with the citrus notes coming on strong. It’s quite a trick, as the nose sets you up for a big evergreen bomb, then the body lets you down easy with a more sedate character suitable for the tropics. Re:Find Gin could benefit from a bit more complexity — maybe grapefruit peel or black pepper, or both — but as it stands it’s an engaging and quite drinkable little spirit. A- / $43

Re:Find Limoncello – Pale in color in comparison to many commercial limoncellos and translucent, Re:Find’s Limoncello looks and smells more like pure, fresh lemon juice — much more so than the stuff you typically see from Italy. Heavy on sour juice and bitter zest, this is intense stuff. If you’re looking for a sweet and lightly sour limoncello that will pair well with your berries-and-whipped-cream dessert, this isn’t the liqueur for you. If intense, almost raw, lemon character is your bag, give it a go… though you’ll have to visit Re:Find’s distillery to get some. B+ / $29 [BUY IT NOW FROM DRIZLY] 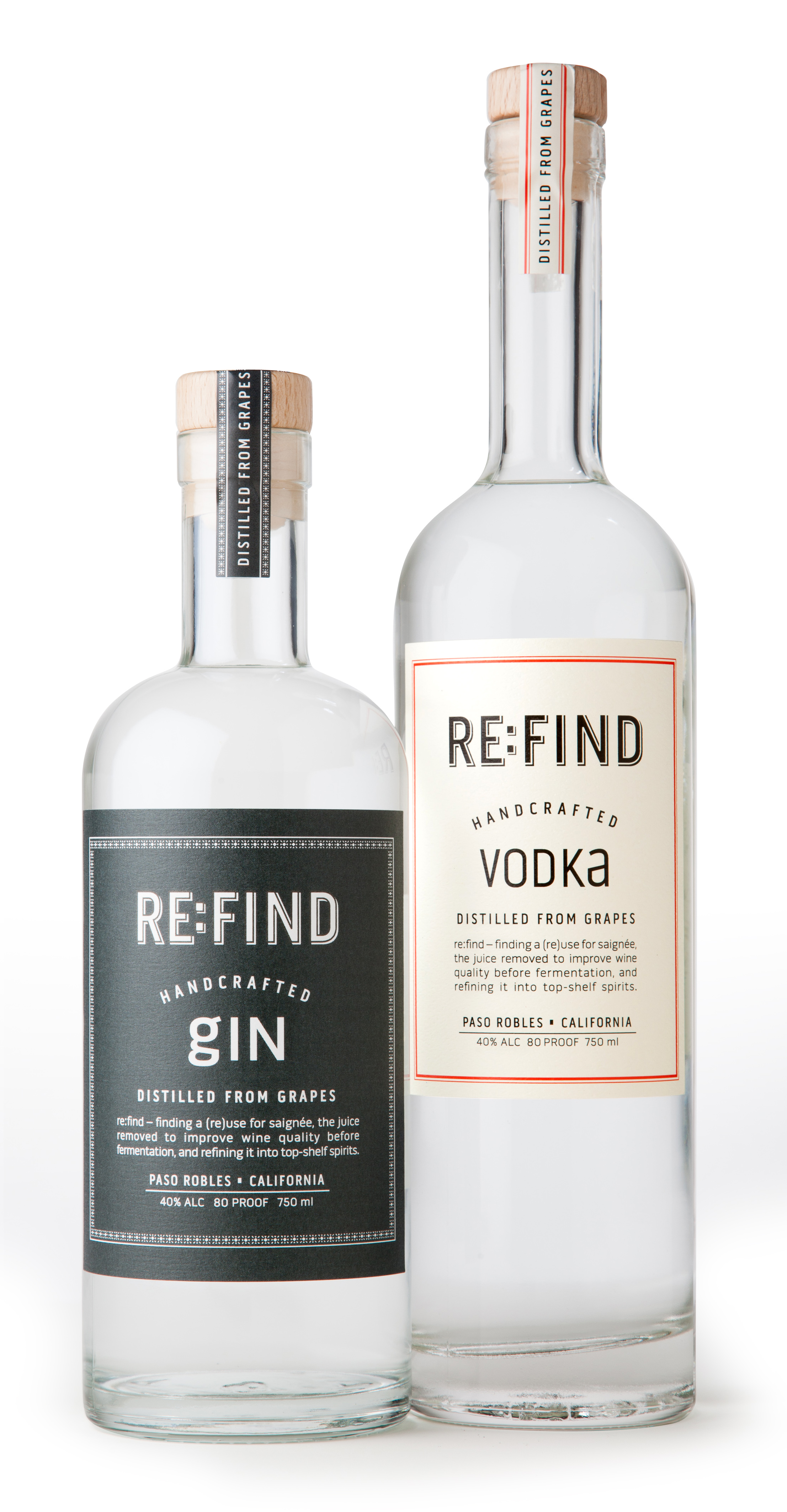