Word broke this weekend that Diageo has agreed in principle to a deal with the Jose Cuervo family that would swap Diageo’s Irish whiskey Bushmills with Cuervo’s Don Julio tequila line. Some details have been publicly made final: the two products would essentially switch sides, with Cuervo receiving an additional $408 million in cash.  Official word is expected sometime later this week, with the transaction being completed sometime in 2015. [NY Times]

The Telegraph goes a bit deeper with analysis of the Diageo-Cuervo deal, with what the swap will mean financially for both sides. In short: Diageo investors might need a better chaser to alleviate the potential bitterness they’re swallowing. The Drinks Business also offers its own excellent analysis of the situation.   [Telegraph UK]

In other Diageo news, just when you thought all was quiet on the Tennessee front, the battle is starting up again. David Mann of Insider Louisville reports that jabs are once more being traded between Diageo and Brown-Forman/Jack Daniel’s over the definition of “Tennessee Whiskey.” [Insider Louisville]

BusinessWeek salutes the 30th anniversary of Blanton’s Single Barrel bourbon with a profile on just who Colonel Blanton was, and the history behind the industry’s oldest single barrel offering. [BusinessWeek]

Divisive whiskey author Jim Murray has announced his winners for the best whiskeys in the world which will be featured in the 2015 edition of the Whiskey Bible, with (as usual) a surprise Best Overall Winner. Let the complaining commence! [Daily Mail]

And finally today, in a totally unscientific poll of 2,000 Brits it has been somewhat discovered that women are more likely than men to polish off a bottle of wine in one sitting. But not by much: 16 percent of women and 14 percent of men confessed to the crime, with the highest percentage of bottle slammers being in the 25-34 year old demographic. [Telegraph UK]

Finally, the latest shipment from The Whiskey Explorers Club has arrived, this month offering four enticing samples for your blind-tasting consideration. If you’re not already a member, join up now and get in on the fun! 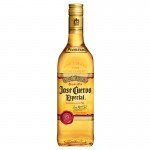