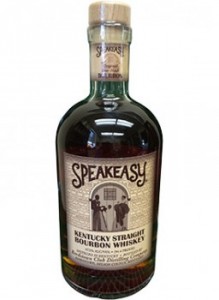 So this is an interesting one. Quietly released in a limited batch in September, the label reads that this was made by the Bardstown Club Distilling Company. However, a quick Google search reveals that this is indeed the handywork of none other than Willett, under another one of its noms de plume. This made Speakeasy all the more intriguing, given its recent string of quality offerings. And at a price tag of $30 what did I have to lose?

Not a lot, and thankfully there was plenty to gain. This is one of the most easygoing bourbons I’ve had in quite some time. It’s light and simple, with a nose of butterscotch and gratuitous amounts of vanilla, with a touch of crisp apples on the palate. Really ideal sipping for the transition from summer to autumn — and it’s a decent value. Not exactly sure how many bottles were made in this batch (or much more about it), but if you see one it may be worth picking up — especially if you’re not one who likes to pay top dollar for bourbon this time of year.

B+ / $30 / kentuckybourbonwhiskey.com [BUY IT NOW FROM CASKERS] 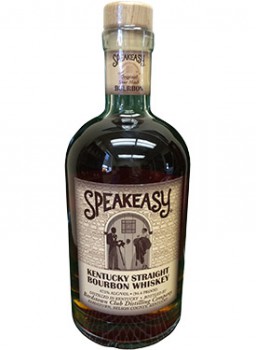