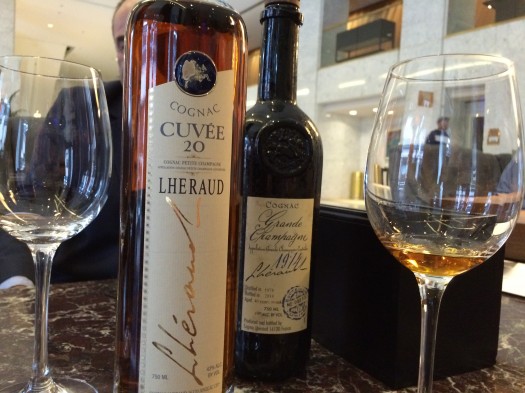 Cuvee Lheraud (lerr-oh) is a family-owned Cognac producer that makes a million bottles of brandy every year all from its estate vineyards. And you’ve never heard of them, because until now they have not sold products in the United States.

This fall, Lheraud arrives on U.S. shores, bringing its unique spin on Cognac to our esteemed shores. While it makes single-vintage editions much like many other high-end producers, it also takes the same approach to its higher-end non-vintage dated blends. As Export Manager Francois Rebel explained to me on a recent visit to San Francisco to introduce the brand, the various cuvee bottlings, including the 20 year old Cuvee 20, are made from casks of exactly that age. This year’s Cuvee 20 was made from casks distilled in 1994. Next year it’ll be 1995 casks, and so on. Doesn’t this cause a problem with consistency from year to 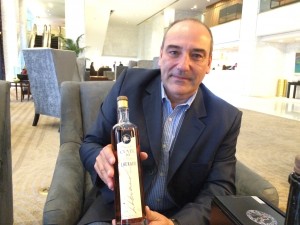 year, if you can’t blend from other vintages to achieve a flavor profile that doesn’t vary from year to year? Yes. But that’s the way we do it, says Rebel. Some years customers may not like the changes, but “Lheraud does not blend.”

Neat idea, though I could never get a clear explanation of why the Cuvee 20 doesn’t indicate it’s a Cuvee 20 distilled in 1994 — which would seem to boost sales. Ah, the French!

Rebel tasted me on two of the distillery’s upcoming releases, and my thoughts are below. Note: Our sampling was quite limited to small tastes, so these should be considered preview descriptions and ratings and not canonical reviews. Prices are estimated based on overseas pricing. Will update with official pricing when it is available.

Cognac Lheraud Cuvee 20 (2014 Bottling) – Made from grapes from the Petite Champagne region. Classic style for a Cognac this age, light incense and raisin notes atop a sweet core that offers oaky, almond, and honey notes on the palate. Easy to like. 86 proof. B+ / $70

Cognac Lheraud 1974 Vintage – Made from Grand Champagne-grown grapes. A 40 year old bottling, bottled at cask strength — unusual for any Cognac. More exotic on the nose than the Cuvee 20, it offers darker chocolate and nut character, dark raisins, dried figs, and drying, resinous oak on the finish. Less sweet than the Cuvee, but it still has plenty of sugar to go around. Complex and worthwhile. 98 proof. A / $500+ 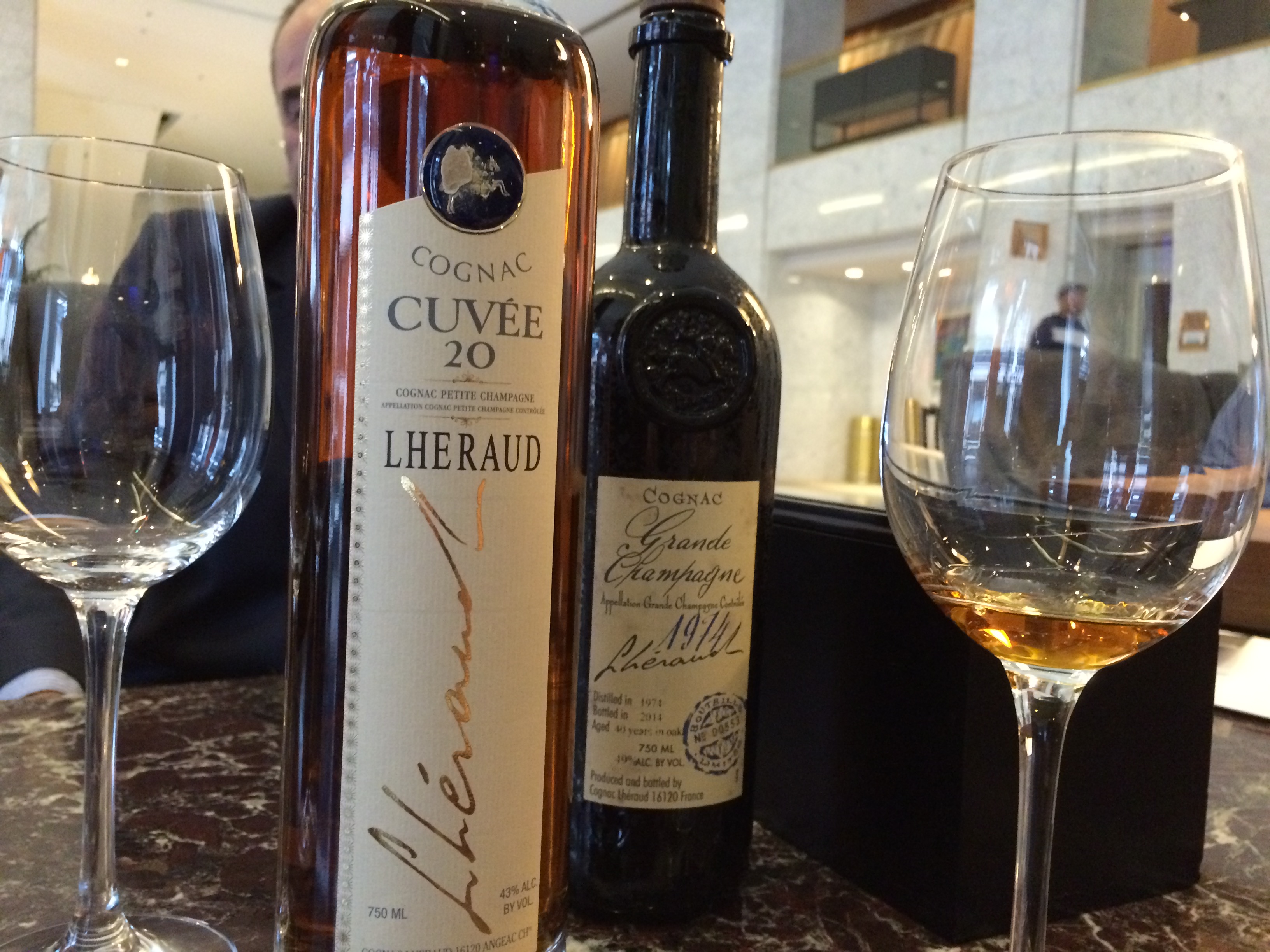