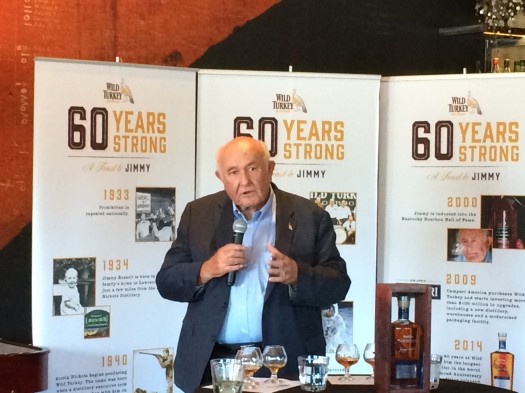 Hey, look who dropped into San Francisco on the eve of WhiskyFest! It’s Jimmy and Eddie Russell, the co-master distillers at Wild Turkey. Over toasts and samples of a variety of WT expressions — including the Diamond Anniversary edition, which is now making its way to the west coast — the duo talked Old Time Kentucky, ponies, houseboats, and, of course, Bourbon-makin’. (Did you know: Eddie Russell claims Wild Turkey is the only major distillery not using GMO grains? That the inventor of Bourbon, Elijah Craig, was a Southern Baptist minister? That Wild Turkey has used the same yeast strain since 1954?)

While Eddie vowed that after his storied father finally retires, “I promise I will never change Wild Turkey 101,” he did speak about some new products coming down the pipe. Among them are Sting, a (likely) limited edition version of Wild Turkey American Honey infused with ghost pepper. As well, Russell Jr. notes that they didn’t use up all the 16-year-old casks to make the Diamond Anniversary bottlings — so watch for a possible 17-year-old expression of Turkey come 2015. 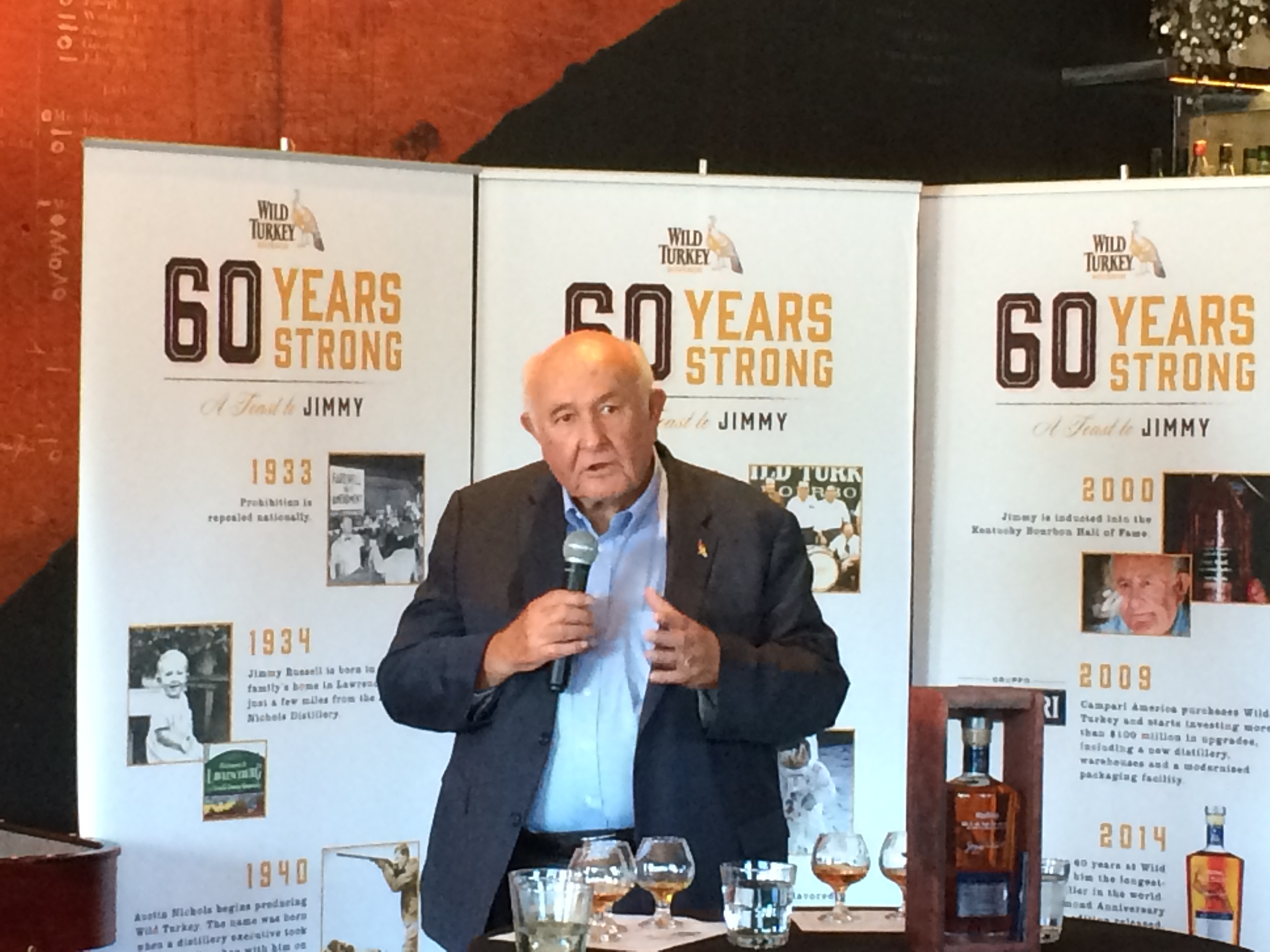