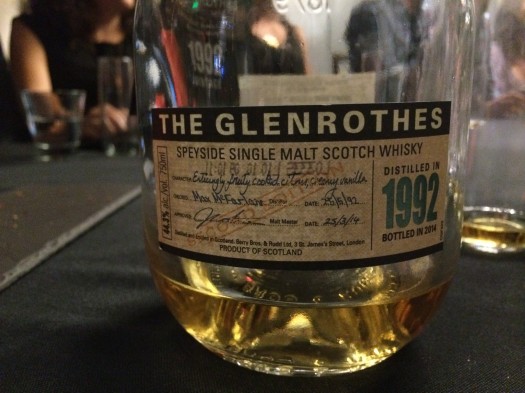 Glenrothes Brand Heritage Director Ronnie Cox descended on San Francisco the other day, and I was fortunate to enjoy dinner with him alongside a sampling of a variety of Glenrothes vintages. Included in the lineup were the straighforward, almond- and orange-driven Glenrothes 1998 (paired beautifully with a chicken liver mousse and almond praline spiced toast), the introspective and sandalwood-fueled Glenrothes 2001, and wrapping up with Glenrothes 1995, a 14 year old expression that I hadn’t encountered before. (It’s a racier expression of Glenrothes, begging for water to temper its sherry, toffee, leather, and coffee bean notes, but a compelling dram.)

Cox regaled us with tales of whiskydom — did you know that Chivas Regal invented the age statement? that Glenrothes was originally designed to be a “fruitier” version of Macallan, which is located next door? — but the real reason for our dinner was to crack open a bottle of The Glenrothes 1992 2nd Edition, which had been flown in from Scotland that very afternoon, the first time it would be served outside of the offices of Berry Bros. & Rudd, which owns the Glenrothes brand. (More fun facts: Berry Bros., located in London, is the oldest spirits merchant in the world.)

Glenrothes regulars may find this vintage familiar — a 1992 Glenrothes was released back in 2004 as a 12 year old. That vintage is long since sold out, of course, but the company found after revisiting the remaining casks that 1992 was worth revisiting. Now matured to the ripe old age of 22 years old, The Glenrothes 1992 2nd Edition has launched.

Aged in both sherry and bourbon casks (in keeping with Glenrothes’ standard protocol), this expression of the whisky offers lots of intensity, showing notes of chewy molasses cookies, dark chocolate, and baked apples. There’s some ashiness to the finish, which is long and lingering with more of those chocolate and caramel notes. The American/bourbon oak influence is stronger here than the sherry, which is a bit unusual for Glenrothes, but probably more of an indication of how well-aged this release is on the whole than how much of it has seen time in sherry casks. All in all it’s drinking beautifully and shows off how an older expression of this Speyside classic can really shine. 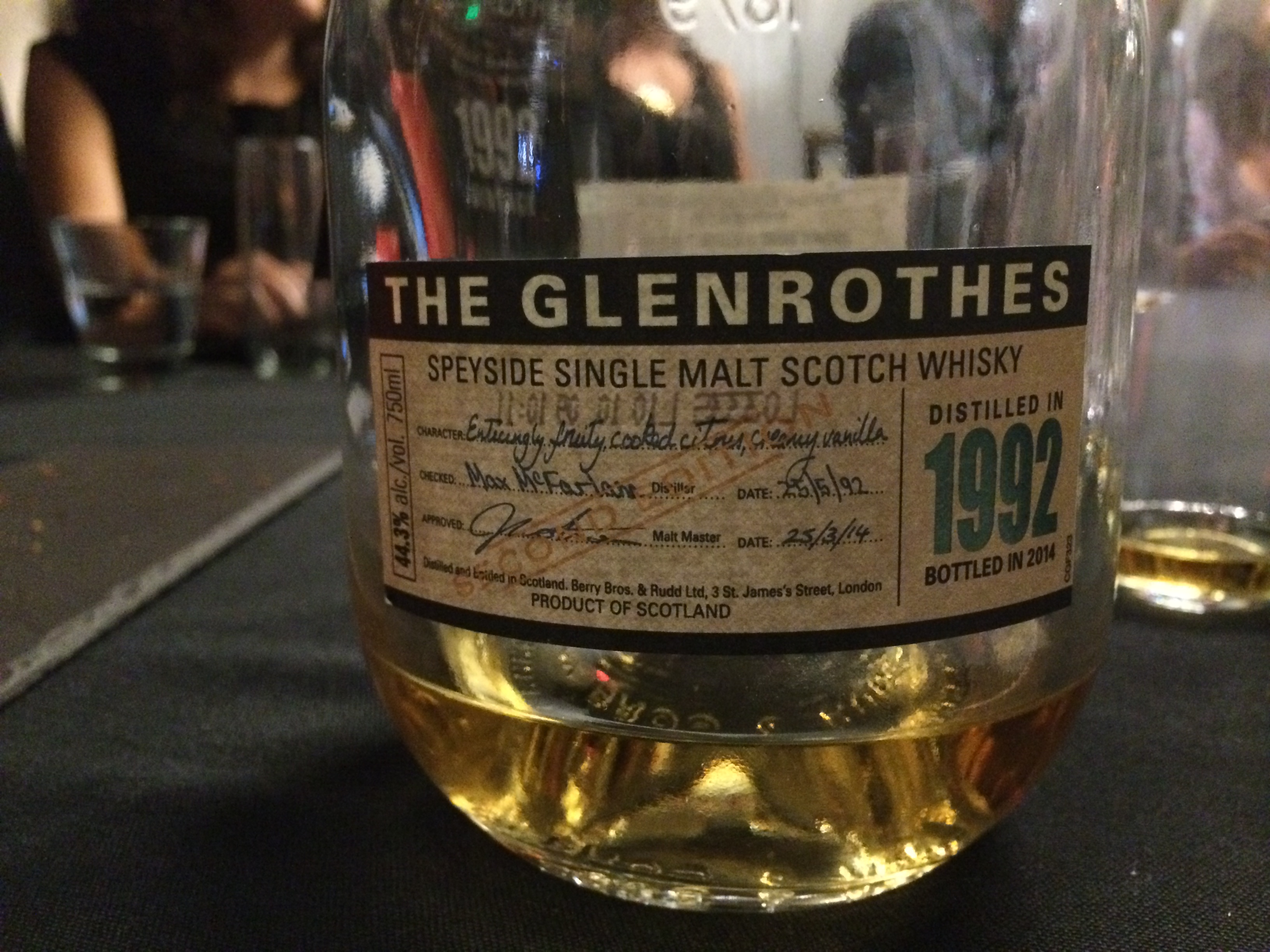 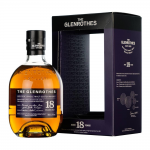