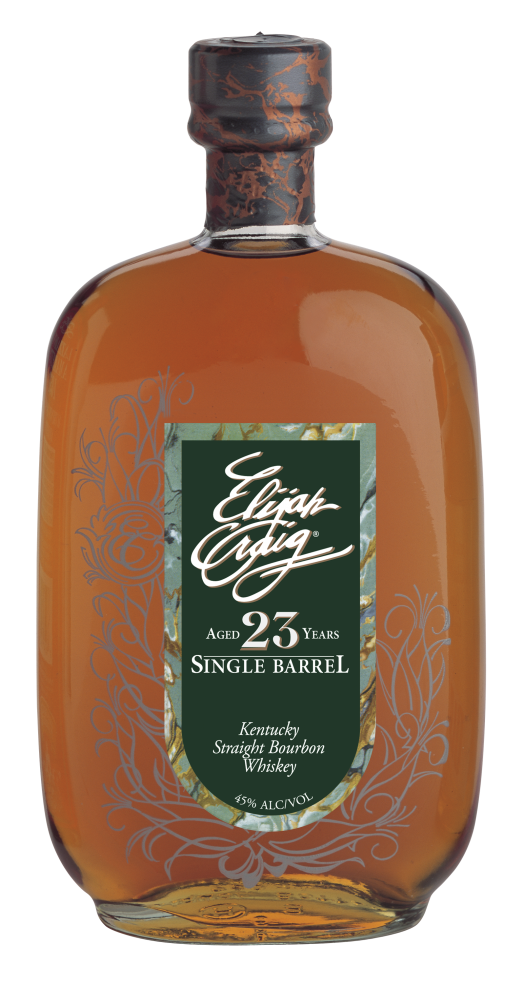 Following on its Elijah Craig Single Barrel 21 Year Old expression, Heaven Hill is jumping straight to 23 years old for this increasingly improbable yet clearly popular series. I guess 22 was an unlucky number.

Old bourbon, living in the shadow of Pappy Van Winkle, remains a dominating force in the whiskey business. But with so many bourbons drinking beautifully at 7 or 8 years of age, how does one approach a whiskey that’s three times as old?

The Elijah Craig Single Barrel offerings are really starting to show that Bourbon really does have a lifespan, and with this expression Elijah shows us what his golden years look like.

All that wood is really having its way with this whiskey, but there’s still a bit of life left in it. The nose now borders on hoary: lumberyard and old rowboat planks, dusted with cinnamon, vanilla, and notes of Madeira and Port wine. The body is more lively, a bit of applesauce and salted caramel, but hardly a fruit bomb. The woodier notes dig their fingers in deep well before the finish really gets going, the end result being almost astringently mouth-puckering in the way it completely dominates your palate.

Fans of “old bourbon” who prise those intense wood characteristics will thrill to Elijah Craig 23. Those looking for more refinement and nuance from a whiskey that dwells outside the lumberyard may find this round of Elijah more than a little overbearing. 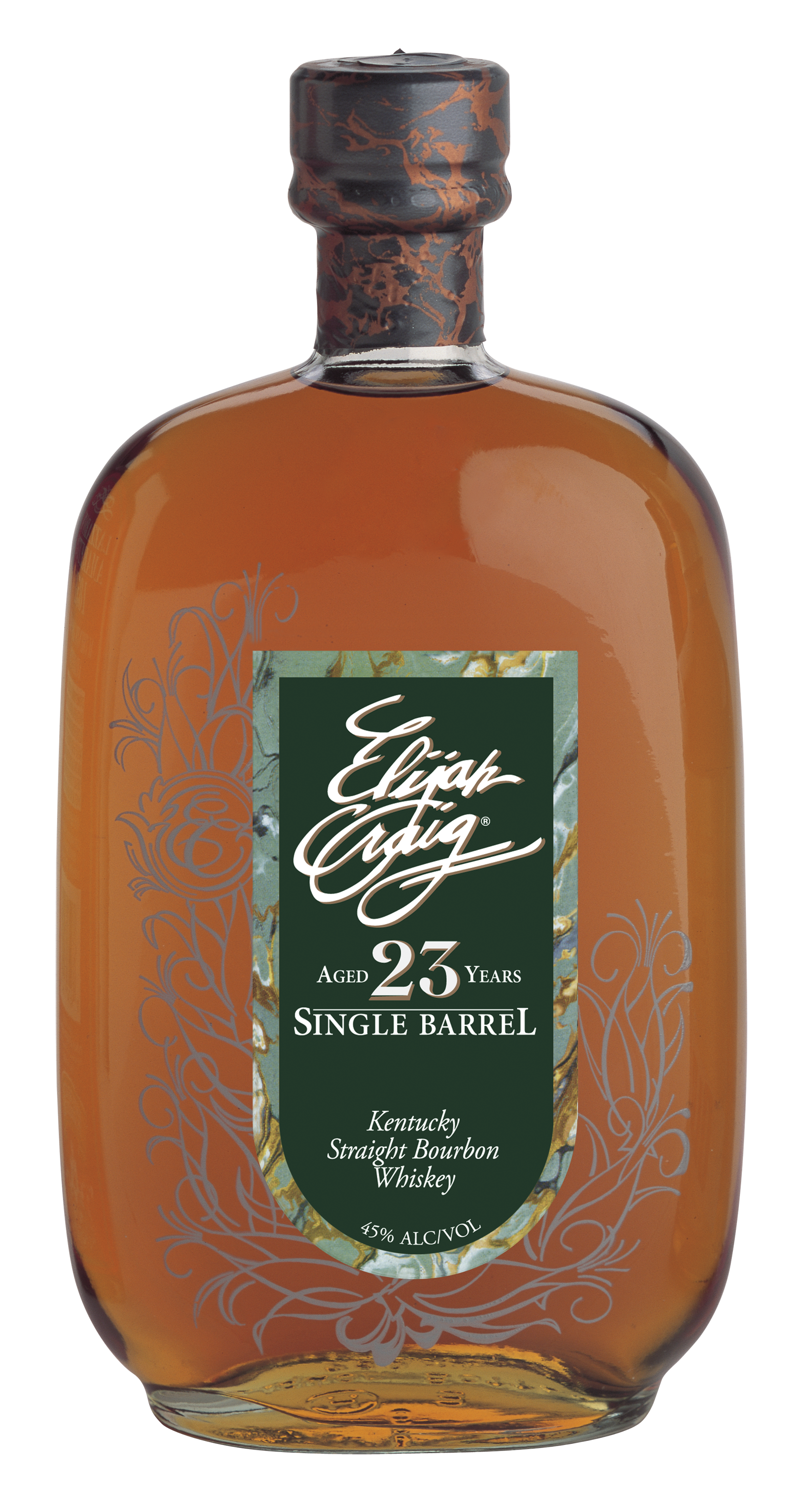