Three Days on the Juice with Urban Remedy 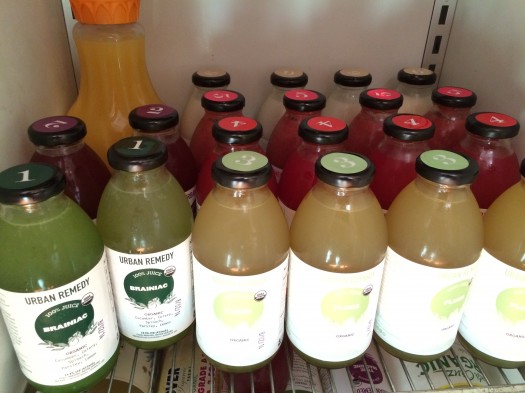 So my wife got us doing a juice cleanse. It’s all the rage, ain’t it? So why not? We can all use a little detox once in awhile. It’s not a trend I’m smitten with, but I’ll try just about anything once.

Urban Remedy, like many juice providers, offers a three-day cleanse kit that includes 18 pints of organic, cold-pressed juice, which you drink over the course of 72 hours, essentially every 2 hours during daylight time. Urban Remedy actually has a number of different cleanse kits; we opted for the Signature Cleanse, which the company says is its most popular product. Each day presents six different juices to drink, ranging from the veggie-heavy green Brainiac you get at 9am to the cashew milk-based Relax that comes along at 7pm.

For a few days before the cleanse, you’re supposed to wean yourself off of big meals, caffeine, alcohol, and everything else. Largely we ate small vegetarian dishes in the run-up to cleansing. The night before we started, dinner was a sweet potato and some kale.

The next morning, we had at it.

Across the board, the juices mostly taste fine. I even found the celery-laden Brainiac to be a pleasant mix of sweet and bitter, and the addition of considerable cayenne to the #2 Time Machine brightens up its exceedingly tart composition. #4, After Party, a pblend of carrot, apple, beets, ginger, and lemon, was my runaway favorite. My least favorite, oddly, was the chalky and somewhat bland #5 juice, Warrior, which looks smoothie-like only because of the addition of chia seeds. It’s supposed to be made with raspberries but strawberries were used due to a “shortage” — maybe the raspberry version tastes better.

Hunger is of course a big issue for many who juice, but Urban Cleanse has you downing so much juice that, while it was always on my mind, it wasn’t that big of a deal at the start. What I really missed, much to my surprise, was the ritual of eating. Not just sitting down at the table but physically putting food in my mouth and chewing it up. Sounds weird, but I’m starting to think the reason so many of us snack all day is just to chew on stuff. (I’m not alone here.)

That said, at various points in the cleanse I admit I was feeling quite hungry (though not “starving”) and not entirely clear headed. I found it harder to focus on work and just less motivated, both of which were exacerbated by all the running to the bathroom to pee. (You are drinking a lot of juice here. I swear I have never peed so much in my life.) That said, I did manage to get plenty of work done over those three days, maybe because I spent so much less time eating.

On day two I woke up not very hungry, but with a bit of a headache. Urban Cleanse says that’s common, and it’s usually due to caffeine withdrawal. I’ve been off caffeine for a full week, though, so with me the effect is something else. The company also warned of decreased mental clarity on day two, but I mainly just felt tired and low in energy.

By day three I was ready to be done with it all. I dutifully worked my way through the juices, wiped the headache away with a hot shower, and tried to keep my energy up, but sitting on the couch was how I spent most of the day. Before lunch I had to carry a heavy box up a flight of stairs and by the end of it I felt like I’d run a mile. With so few calories (just 1200 per day) and almost no protein, even mild activity becomes a huge strain. By the afternoon I’d plotted out with a bit of drool on my lips what my next 8 or 9 meals were going to be: nothing insane, because Urban Cleanse suggests “easing back in” to food, and, of course, I do want to try to keep eating healthy for the long term.

I lost quite a bit of weight on the cleanse, about 4 pounds in 3 days (and more if you include the pre-cleanse time). I missed eating but it was manageable, and I never “cheated” on the cleanse during its run. Part of the idea with the cleanse is to teach yourself about healthy eating habits and reset your diet. While I’m not going to start eating flax seeds and freekeh at every meal, I am more cognizant now of healthier dining choices and, especially, portion size.

That said, I’m totally getting a steak at the next opportunity. 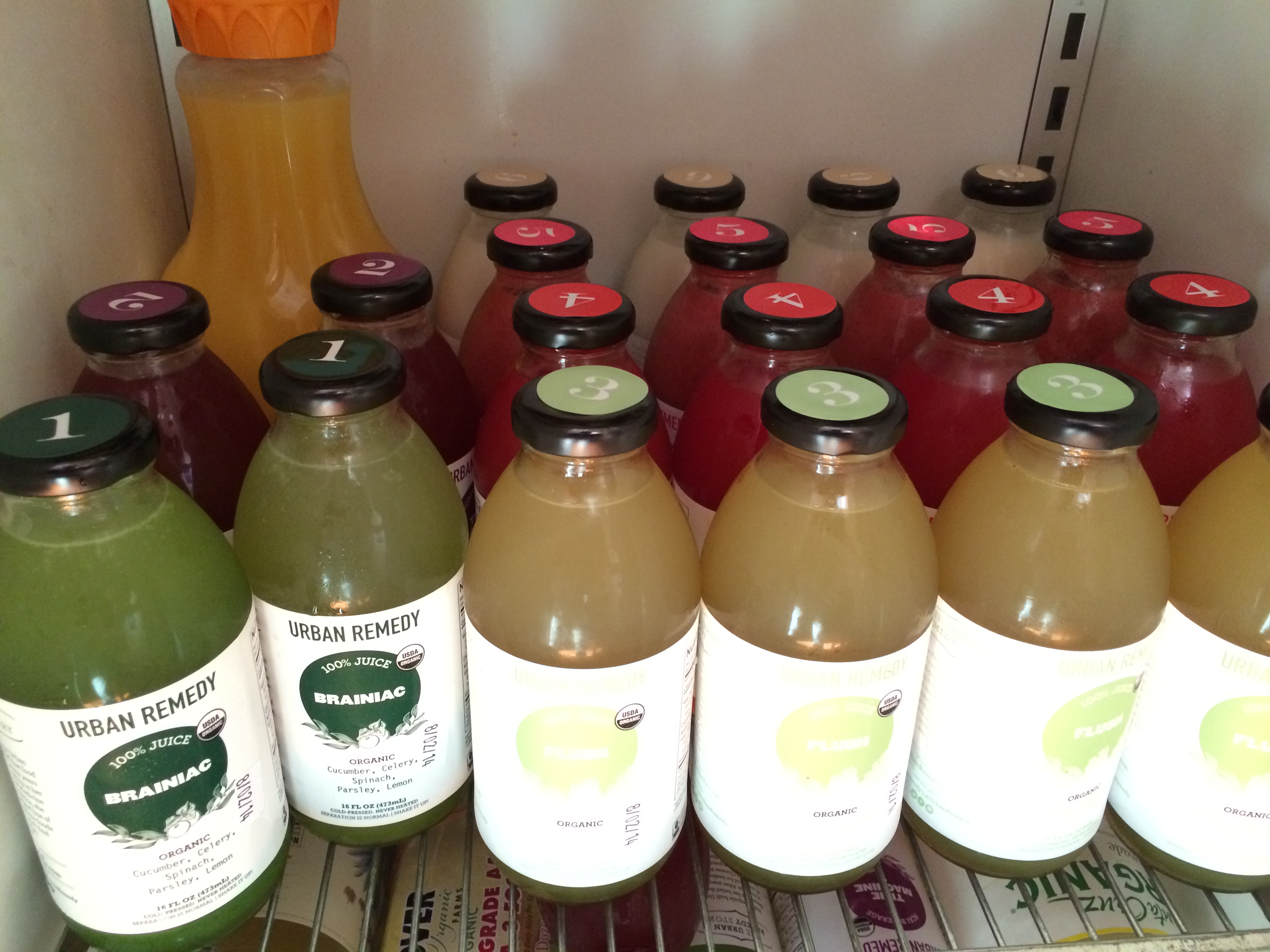