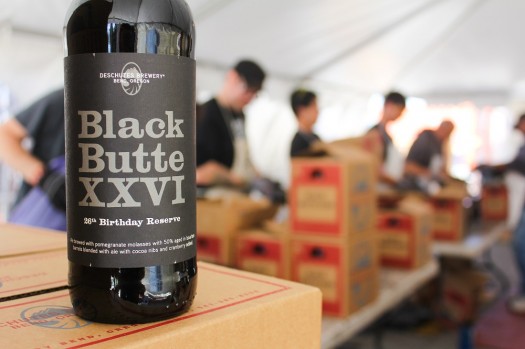 Bend, Oregon’s Deschutes Brewery keeps pumping out new, seasonal and special edition beers, with these three dropping in time for some last days of summer sipping. All are are available in 22 oz. bottles. Thoughts follow.

Deschutes Brewery Conflux Series No. 3 Doppel Dinkel Bock – This double bock is made with a “generous amount” of spelt in lieu of wheat; it’s a collaboration between Deschutes and Distelhäuser in Germany. A monstrous beer, it is redolent of bubble gum and ripe bananas, before fading into a cauldron of coffee and chocolate, tree bark and baking spices. The finish is lasting and mouth-filling, and at 10.7% abv, something you’ll want to prepare for assiduously before cracking it open. B / $11 per 22 oz. bottle

Deschutes Brewery Bond Street Series Foray Belgian Style IPA (2014) – This is a sizable IPA made with five kinds of hops… and Belgian yeast. That yeast makes Foray a heavily fruity brew, loaded with apple and pear notes. That really wipes out the hoppy bitterness, though. While it shows its face here and there, the tart fruit character washes over you and hangs on to the finish. This is an unusual and, indeed, Belgian-style brew — summery and fresh, but a bit too undone by its juiciness to embrace its bitter core. 6.4% abv. B / $6 per 22 oz. bottle

Deschutes Brewery Black Butte XXVI 26th Birthday Reserve – The 26th release of Black Butte Birthday Reserve sees this annual special edition porter brewed with Oregon cranberries, pomegranate molasses, and Theo Chocolate’s cocoa nibs, then 50 percent aged in bourbon barrels for 6 months. As with prior editions of Black Butte Reserve, this is a highly sweet porter, dripping with notes of figs, molasses, maple syrup, and chocolate sauce. Coffee notes build as it develops before reaching a jammy — as in actual raspberry jam — finish. Depending on your tolerance level for sweet stuff, this can be nearly overpowering. The inclusion of cranberry and pomegranate are a little strange (and that shows a bit in the finished product), but maybe after 26 years of making different beers in this series you start reaching toward the back of the pantry? It’s not my favorite of the Black Butte reserve series, but it’s a fun departure from the usual fare — even the usual craft beer fare. (Pro tip: Let it warm a bit before consuming.) 10.8% abv. B+ / $18 per 22 oz. bottle 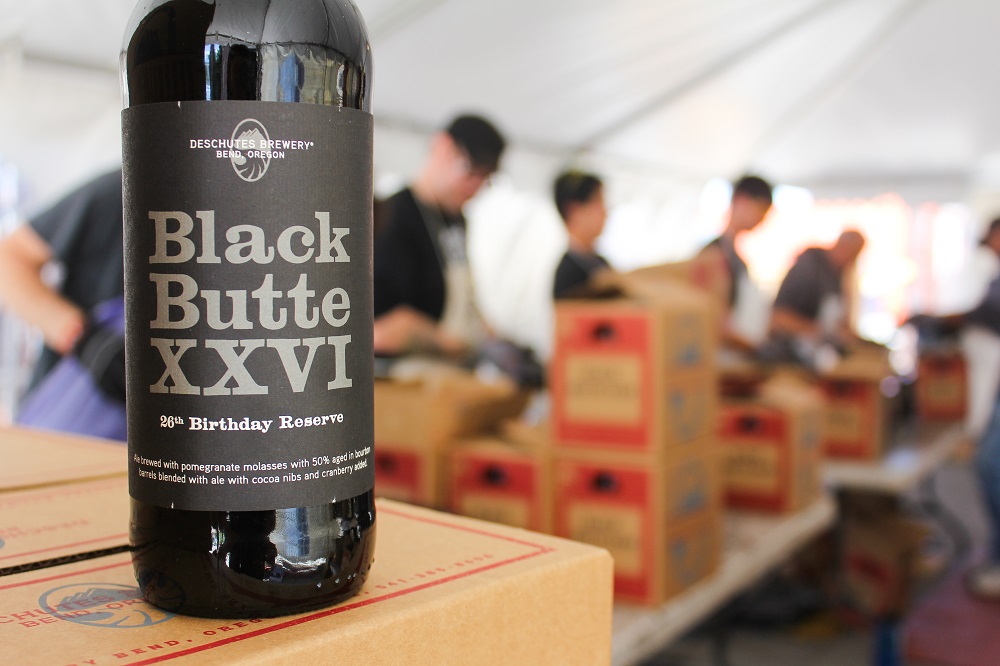