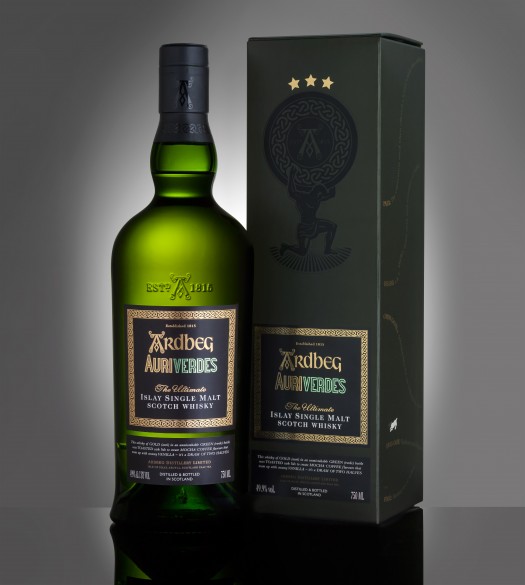 Earlier this summer, iconic Islay distillery Ardbeg released its annual “Ardbeg Day” limited-edition whisky release, Auriverdes. The name is from Portuguese and refers to the colors green and gold (Ardbeg’s classic color scheme) and is a nod to the Brazilian flag and the just-completed World Cup.

The whisky eschews finishes for what is a bit of a gimmicky barrel treatment: Standard American oak (ex-Bourbon) barrels are given “specially toasted lids” that were used just for Auriverdes. Considering the relatively small surface area of the lids of the barrel compared to the rest of the cask, I can’t imagine that this toasting regimen has had a significant effect on the whisky inside. Putting that aside, let’s look at the spirit within. As usual for these releases, it is bottled at cask strength and with no age statement.

Auriverdes starts off with sweet barbecue smoke on the nose, with touches of burnt orange peel, sherry, and salted caramel. The body is quite sweet — sweeter than I expected from an Ardbeg — with notes of rum raisin, creme brulee, and Madeira up front. As the whisky develops in the glass and on the tongue, you catch snippets of meaty bacon and syrup, more smoked meats (pork ribs, methinks), plus light chocolate and vanilla malt notes on the back end. The finish is long and continues to grow in sweetness, really coating the mouth and becoming increasingly warm and rounded as it develops. The only cure is the fiery bite of another sip… and we know what that leads to.

This is a completely solid Ardbeg release, and the heavy, winey notes make it seem like it has had a finishing run in some kind of fortified wine barrel, but that’s not the case. It doesn’t entirely reinvent the well-worn Ardbeg wheel, but it provides enough of a unique spin on the formula to make it worth exploring. 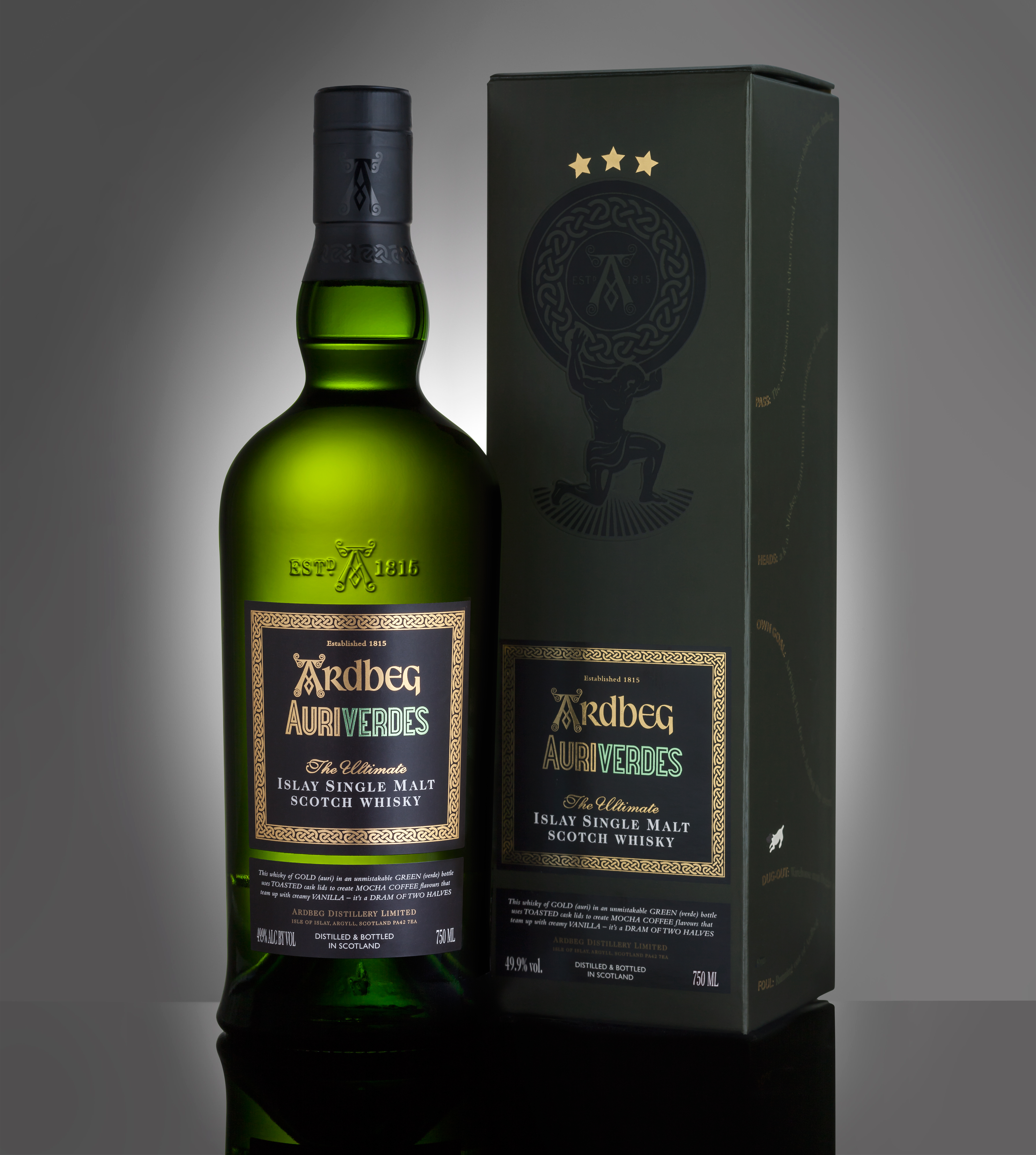