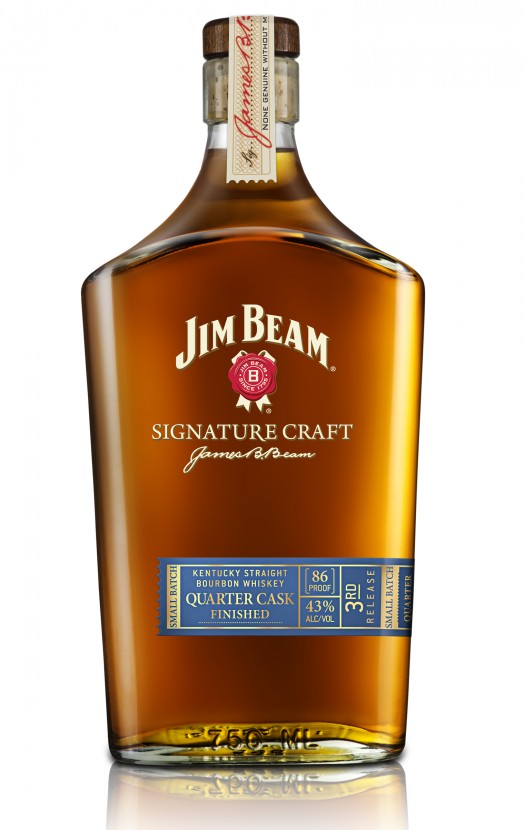 For the third installment (and second annual release) of Jim Beam’s Signature Craft series (find reviews of the first limited annual release and the permanent member of the series here), the company is offering a curious concoction. While it’s called “Quarter Cask Finished,” that’s a little misleading. The whiskey is actually a blend of standard five-to-six year old Kentucky Straight Bourbon that is married with a separate Bourbon that has spent from four-to-six years in quarter casks. (Craft whiskey and Laphroaig fans know that quarter casks are exactly what they sound like: Barrels that are 1/4 the size of regular ones, and which tend to mature much more quickly.)

Semantics aside, this is an intriguing new, limited edition whiskey from Beam, and the use of small barrels (at least in part) makes it a considerable departure from the norm. Thoughts follow.

Jim Beam Quarter Cask Finished Bourbon starts off sweet and doesn’t let up. The nose offers notes of caramelized fruit — Bananas Foster, I would argue — along with sugared orange peel and vanilla-scented sugar cookies. The body brings that home, with heavy doses of vanilla caramels, milk chocolate, and hints of cherry. Wood notes start to develop, particularly on the finish, as the whiskey settles down in the glass. It’s not particularly hot, at 86 proof, but it does benefit from a little air time, which allows the various flavor and aroma components to meld.

I like this whiskey a lot, though it’s not at all what I was expecting (a bruiser heavy on wood and tannin) and ultimately doesn’t venture all that far from the winning Beam formula. Bottom line: With ample fruit and sweeter elements in abundance, there’s a little something here for Bourbon fans of every stripe. 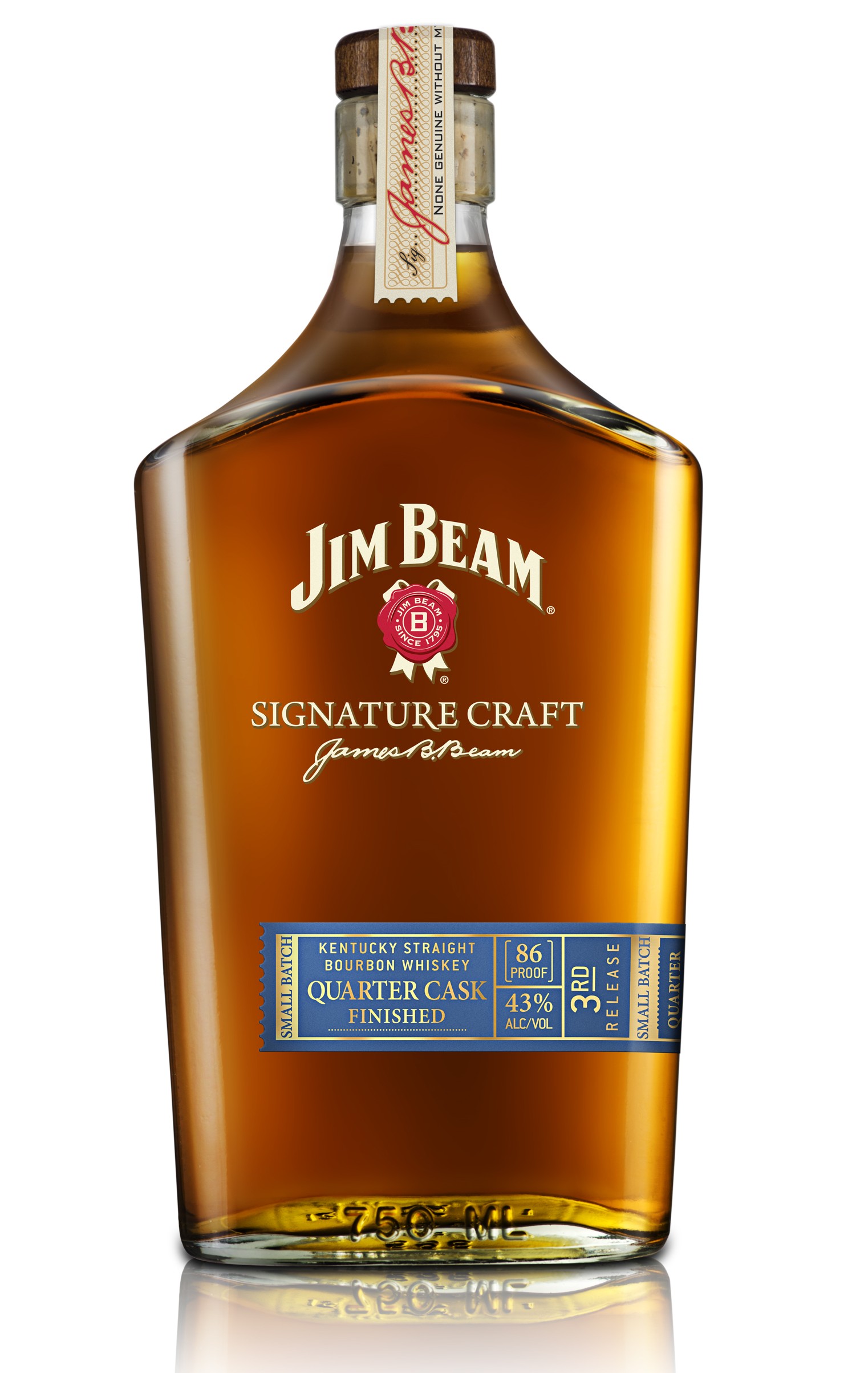