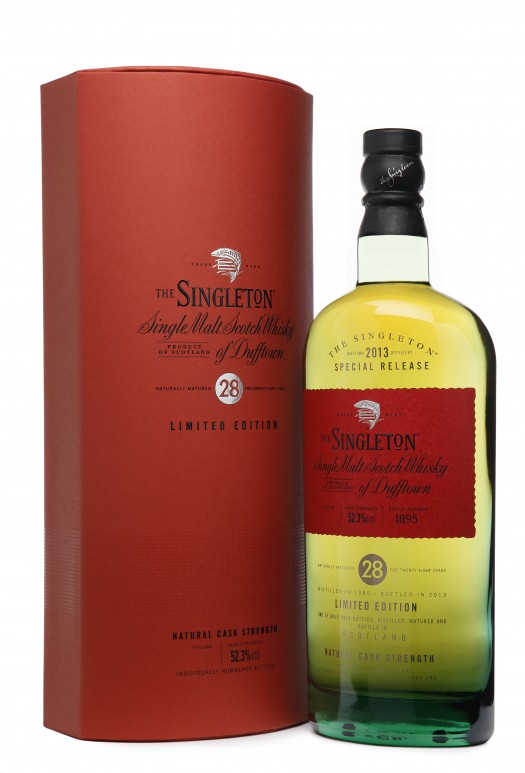 Whisky #8 in the Diageo Special Releases series is an installment from The Singleton line, this one from Dufftown. (There have been many whiskies in “The Singleton” line, but only Dufftown is current.)

This old fogey is from an actually operational still in Speyside, aged completely in American oak for its 28 years. (It was distilled in 1985.)

This is a big, malty whisky. The nose is rich with wood notes and hints of oatmeal, and there’s a little acetone character in there as well. As noted, bit malt notes are the key element here. It’s a big bowl of cereal (good cereal, mind you) with raisins, maple syrup, and a squirt of honey. It sweetens up as air gets to it, and it also brings out more of its well-aged wood notes.

The Singleton of Dufftown 28 may start off simple, but its complexity grows as the whisky matures in the glass. I was ready to dismiss it as almost boring at the start, but eventually it won me over as a warm and inviting new friend. 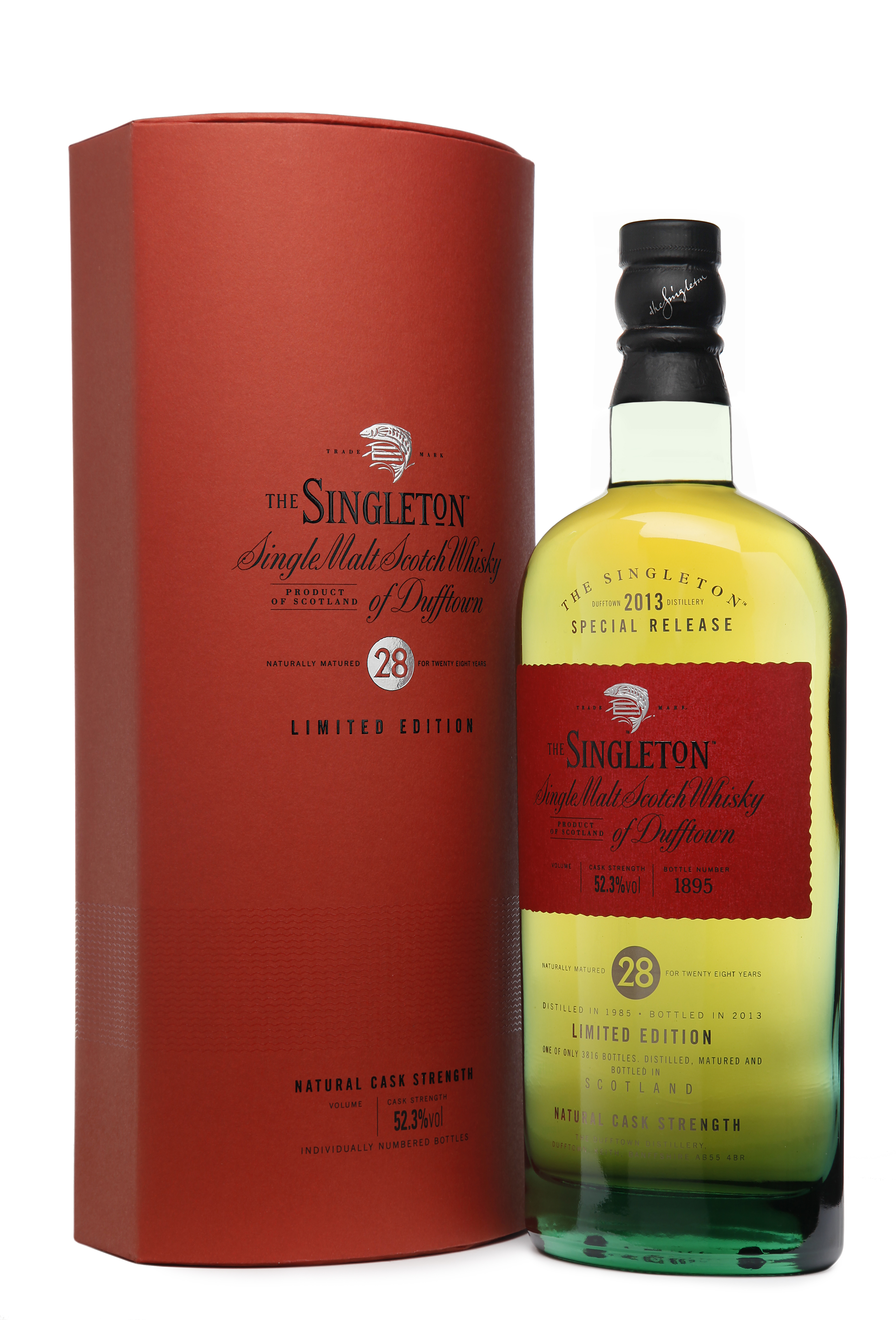