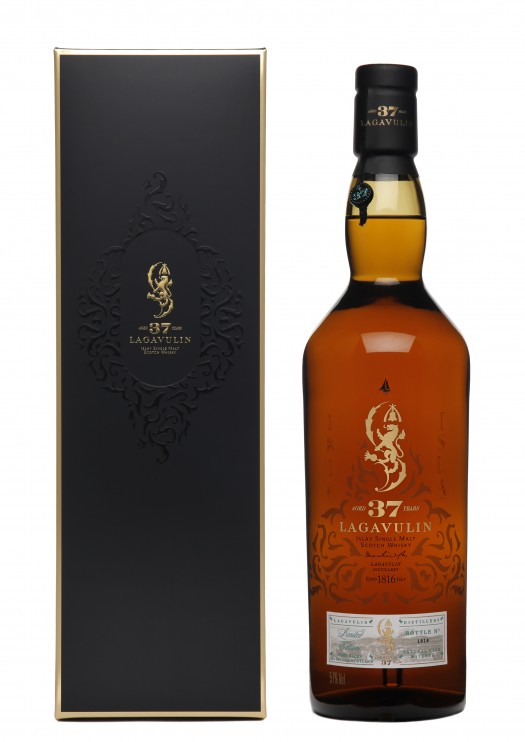 These two Lagavulin single malts are our #4 and #5 entries into the 2013 Diageo Special Release series. For the uninitiated, Lagavulin’s standard bottling is a 16 year old, but Diageo puts out a younger 12 year bottling pretty much every year as part of the annual Special Release program. This year it’s backing that up with an extremely rare and ungodly expensive 37 year old. Let’s take them both in turn.

Lagavulin 12 Years Old Limited Edition 2013 is everything you’ve come to expect from this Islay distillery. Vatted from refill American oak casks, it’s a pale yellow in color, offering a gentle, sweet, smoked meat style of smokiness on the nose along with touches of citrus. Though bottled at cask strength, the body is surprisingly easygoing. The smoke and fruit are well integrated here, that light peat — more earth than seaside — quickly giving way to notes of fresh orange, banana, and surprising tropical notes of mango and pineapple. It’s nicely balanced but the experience fades away all too quickly due to a relatively short finish. 110.2 proof. “Limited quantities.” A- / $136 [BUY IT NOW FROM CASKERS]

Lagavulin 37 Years Old Limited Edition 2013 – Now here’s a real rarity (distilled in 1976), bottled after 37 years in American and European oak refill casks. It’s the oldest Lagavulin that Diageo has ever released (and undoubtedly the most expensive, too). Deep amber in color, the nose offers notes of old Madeira, iodine, sea spray, and balsamic vinegar. There’s lots going on here, maybe too much. With complex and layered notes of fading coal fires, wood polish, menthol, pine needles, and ancient, oxidized bottles of sherry, it’s a whisky that invites exploration but never really reaches Nirvana. The finish is rustic and more than a bit rough — a long way from the gentle simplicity of the 12 year old and further evidence that this Lagavulin has, tragically, probably spent a few years too long in the barrel. 102 proof. 1,868 bottles produced. B / $3,320 [BUY IT NOW FROM CASKERS] 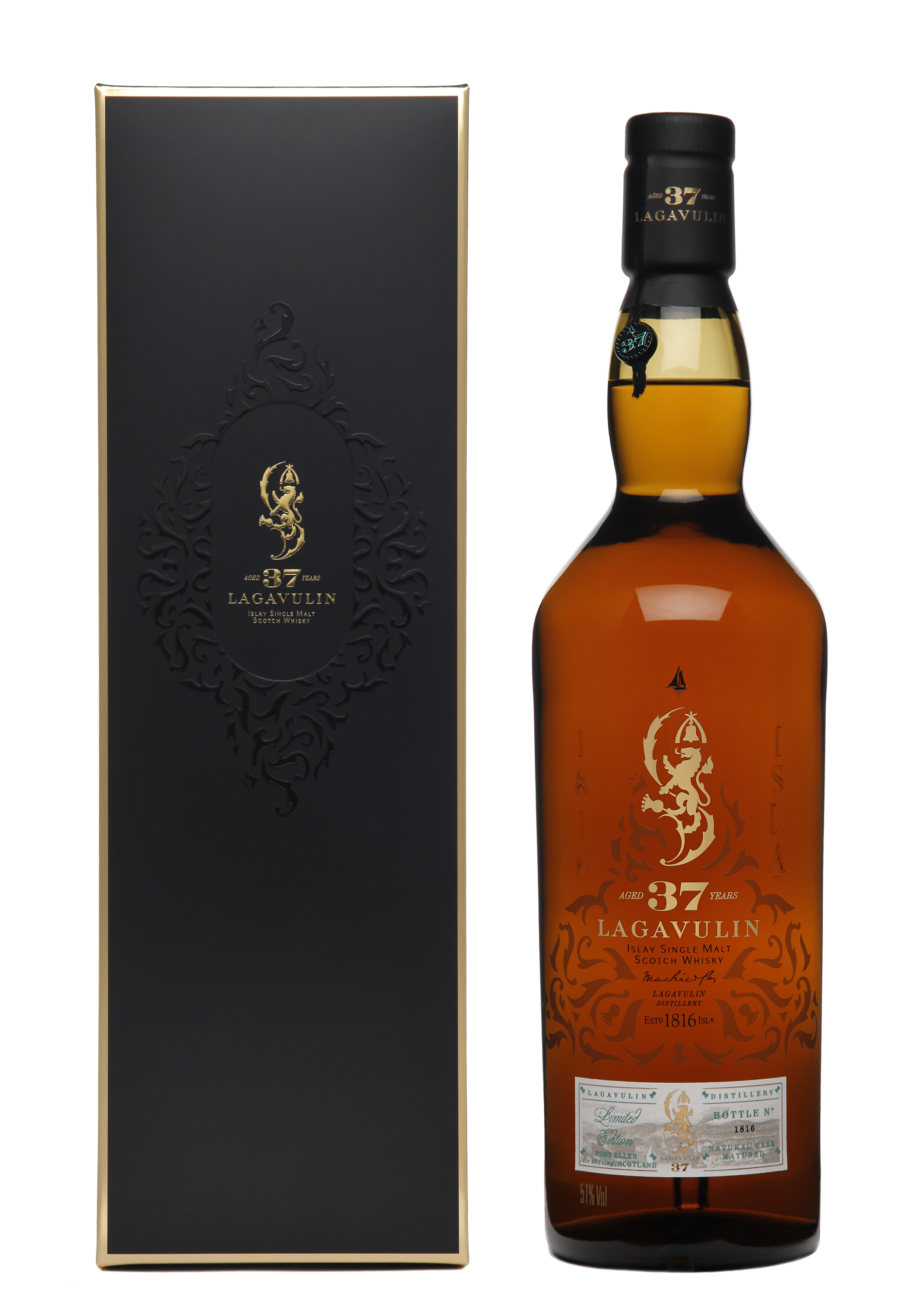