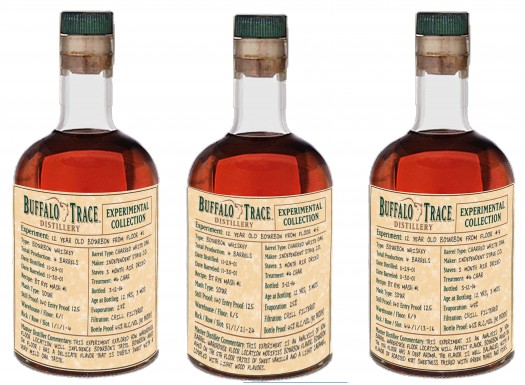 More tinkering in the form of experimental whiskeys from the mad scientists at Buffalo Trace. This is one of the company’s most interesting and telling ones to date: Three 12-year-old, rye-heavy bourbons each aged on a different floor of Buffalo Trace’s massive Warehouse K (floors 1, 5, and 9). Warehouse K is built of brick, with wooden floors (because that seems to matter, too).

The same Bourbon, in the same building, just aged on a different floor. Why on earth would the aging floor matter? Simple, as any middle school science student can tell you: Heat rises. The lower floors are relatively cool. The top floors are scorching hot. This impacts aging in a direct and profound way — in part, because water and alcohol evaporate at different temperatures. (That said, all three of these whiskeys are bottled at 90 proof to make comparisons considerably easier.)

Buffalo Trace Experimental Collection 12 Year Old Rye Bourbon – Floor #1 – Aged on the bottom floor. Some funky notes of olives and green pepper hit the nose at first, with plenty of sweet stuff riding on its coattails. The palate is sharp and fiery, with elements of burnt butter, cayenne, and ample sawdust in contrast to its toffee notes. Balance is a mess, flavors hitting you from every which way. C

Buffalo Trace Experimental Collection 12 Year Old Rye Bourbon – Floor #5 – Aged right in the middle, but is it the Goldilocks of the group? It’s not as different as you might expect, those olive notes still hanging on, but to a much less powerful degree. Floor #5 settles down much more fully and quickly, revealing more of a rounded butter toffee note that’s fused with a melange of cloves, candied pineapple, and lumberyard notes. It’s still a bit rough around the edges, but overall more palatable and approachable than Floor #1. B

Buffalo Trace Experimental Collection 12 Year Old Rye Bourbon – Floor #9 – From the hot top floor, where some of BT’s blue chip Bourbons, like George T. Stagg, are sourced. This is clearly the best of the bunch, featuring toasted marshmallows and more gentle wood notes on the nose, followed by a body that is lush with brown sugar sweetness, cinnamon and cloves, vanilla caramels, and cake frosting. Gorgeous in structure, and radically different than the other two installments in this series. Grab it if you find it! A 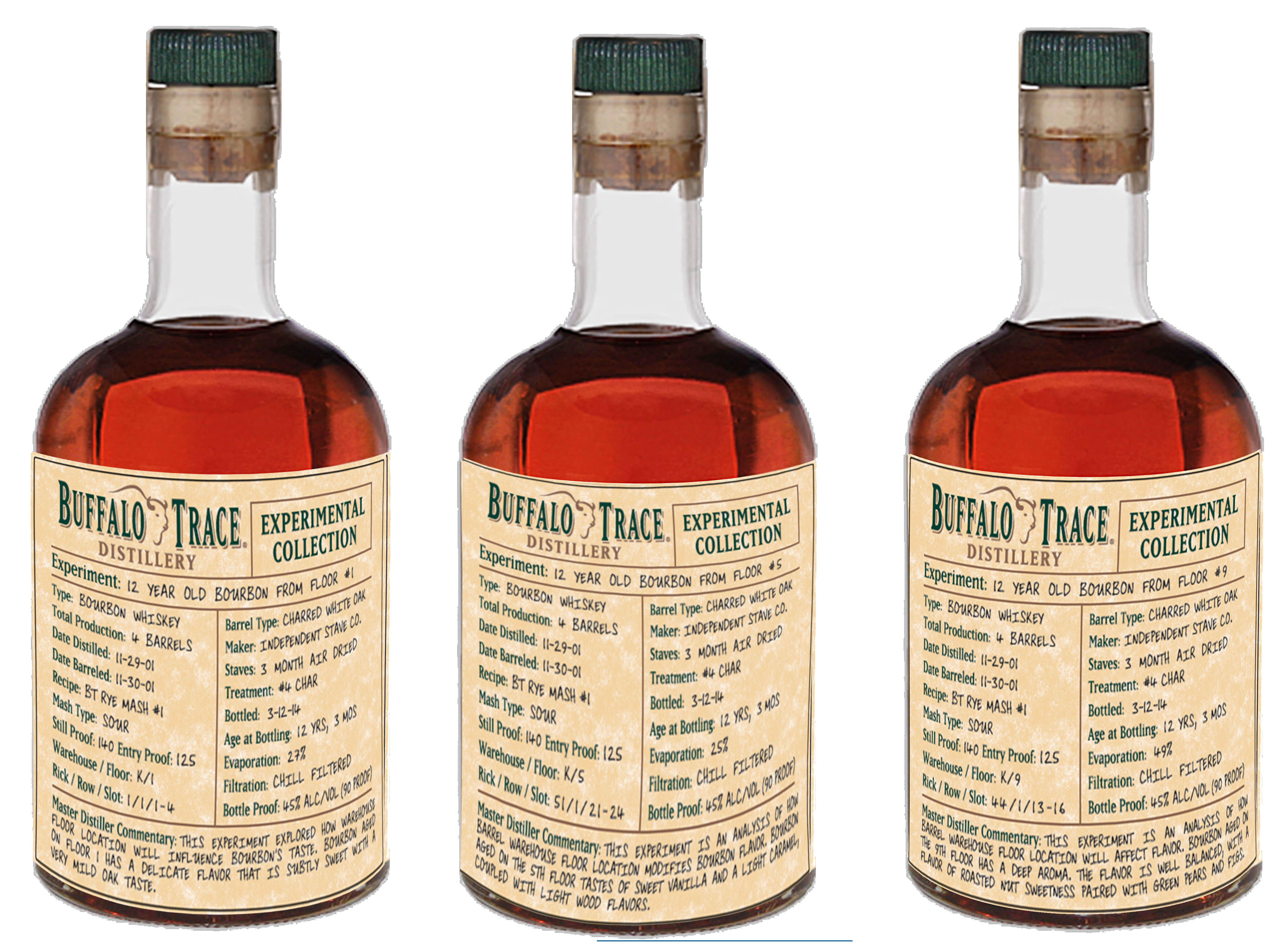