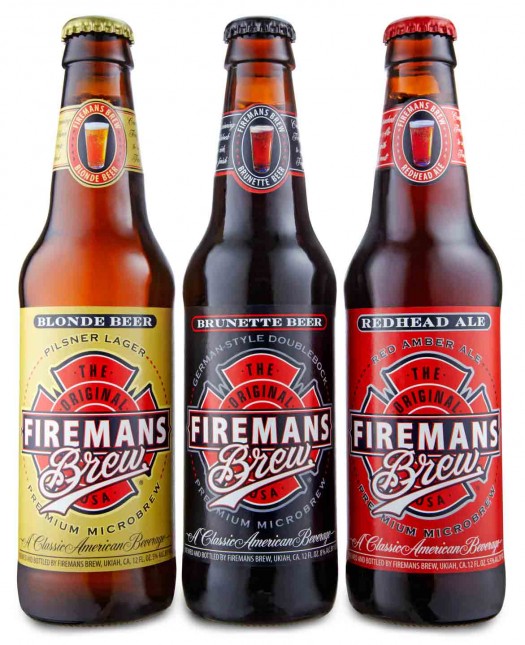 We last encountered Firemans Brew five long years ago — we mistakenly gave them an unattributed apostrophe back then — so with summer upon us, a fresh look is in order. The company still makes three hair-color-themed beers, though the “Brewnette” has been reformulated with a newish name (a straightforward “Brunette”) and much less alcohol.

Fresh thoughts on the So-Cal based “The Original Firemans Brew” follow.

Firemans Brew Blonde Beer – A classic pilsner lager. A big body elevates this over your typical “baseball game” brew, with a chewy, sourdough bread core studded with a touch of pine and a hint of brown sugar. Some caramel notes emerge on the finish, but mostly it’s a crisp and clean slugger from start to finish. 5% abv. A-

Firemans Brew Brunette Beer – A burly double bock, with considerably more alcohol than the other brews in this lineup. Lots of malt on this one builds up layered notes of coffee, chocolate, and chicory, atop a sultry, creamy base. Built for fans of bigger bodied brews. 8% abv. B+

Firemans Brew Redhead Ale – A red amber ale that will offend no one, this malty, woodsy beer is built with a moderate body and a chewy, almost nutty character on the palate. The finish comes along with strong notes of fresh-baked bread and a touch of fresh coffee notes. Harmless. 5.5% abv. B 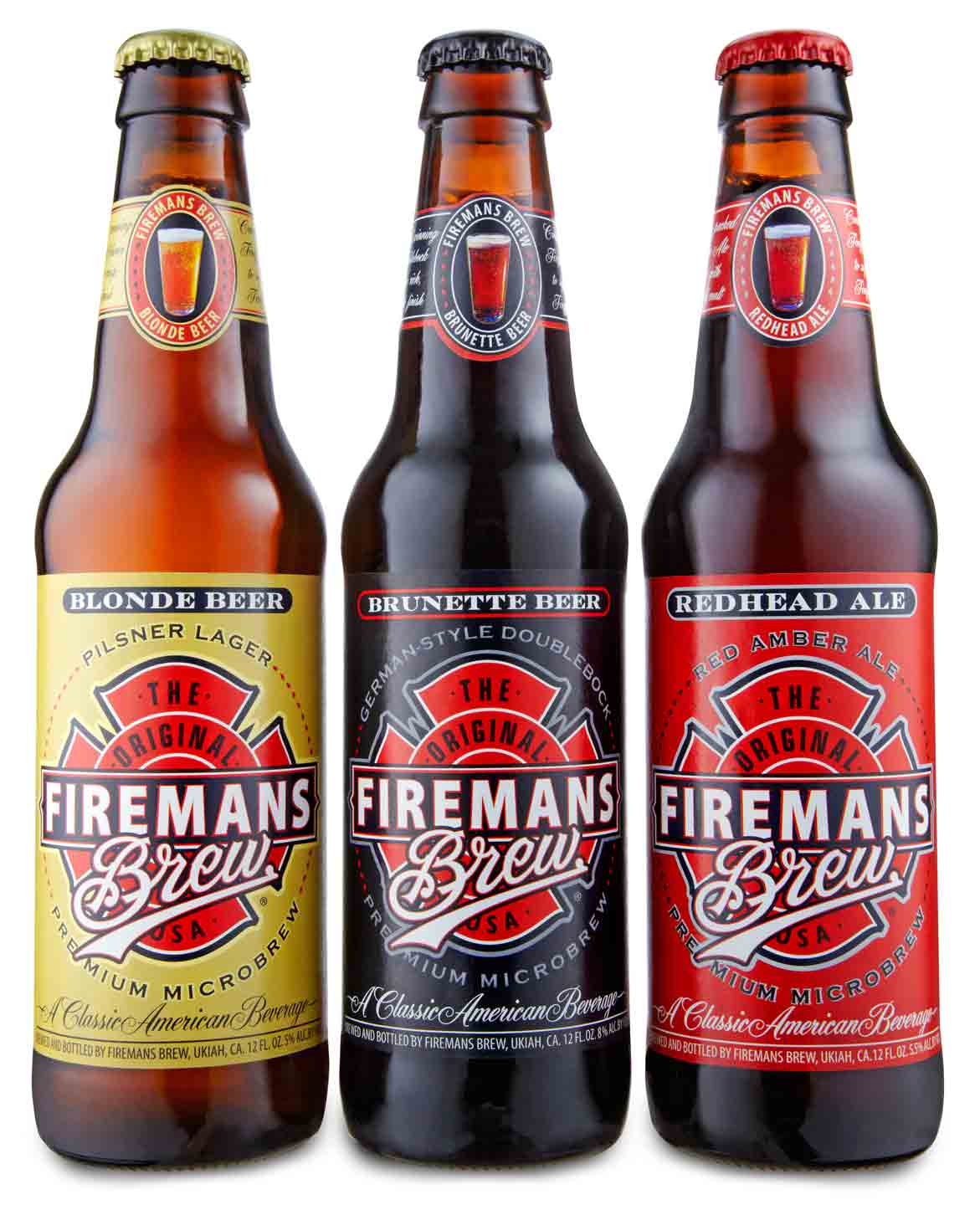