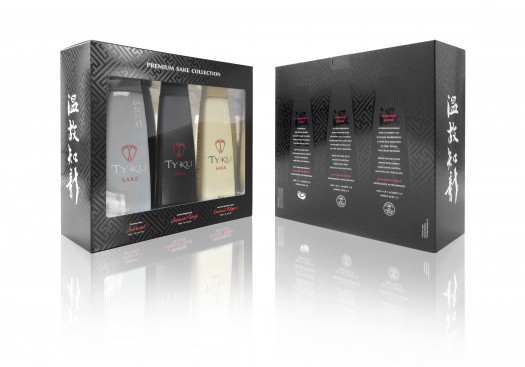 One of the bigger names in imported sakes (in addition to a panoply of other spirits like soju and other Asian-inspired liquors), Ty Ku hails from Nara, Japan, where it’s produced in iconic, triangular-base bottles.

Ty Ku produces four sakes (one flavored). Only the white bottling (Ty Ku’s highest-level sake) is not reviewed here. The three bottlings below are also available in a gift pack (pictured) of three 330ml bottles ($39).

Ty Ku Sake Junmai (Silver) – Slightly brooding on the nose, with more of a winter squash character to it. Modest honeydew notes emerge on the body, with a very gentle sweetness to it. Initially a touch jarring, it grows on you over time. Drink very cold. B- / $16 [BUY IT NOW FROM DRIZLY]

Ty Ku Sake Junmai Ginjo (Black) – Gentler, with notes of melon and coconut on the nose. More fruit, with cantaloupe and some pear character, emerges on the palate.  Quite fresh, it’s a classic, if simple, junmai ginjo. B+ / $22 [BUY IT NOW FROM DRIZLY]

Ty Ku Coconut Sake – A nigori (cloudy) sake produced at junmai quality and flavored with, of course, coconut. Pina colada on the nose, but tempered with melon notes on the body. It’s sweet, but not as sweet as you might expect, with the coconut notes coming off as rich and filling. The finish, however, gets a little mouth-coating after awhile, leaving one running for the water. C+ / $13 [BUY IT NOW FROM DRIZLY] 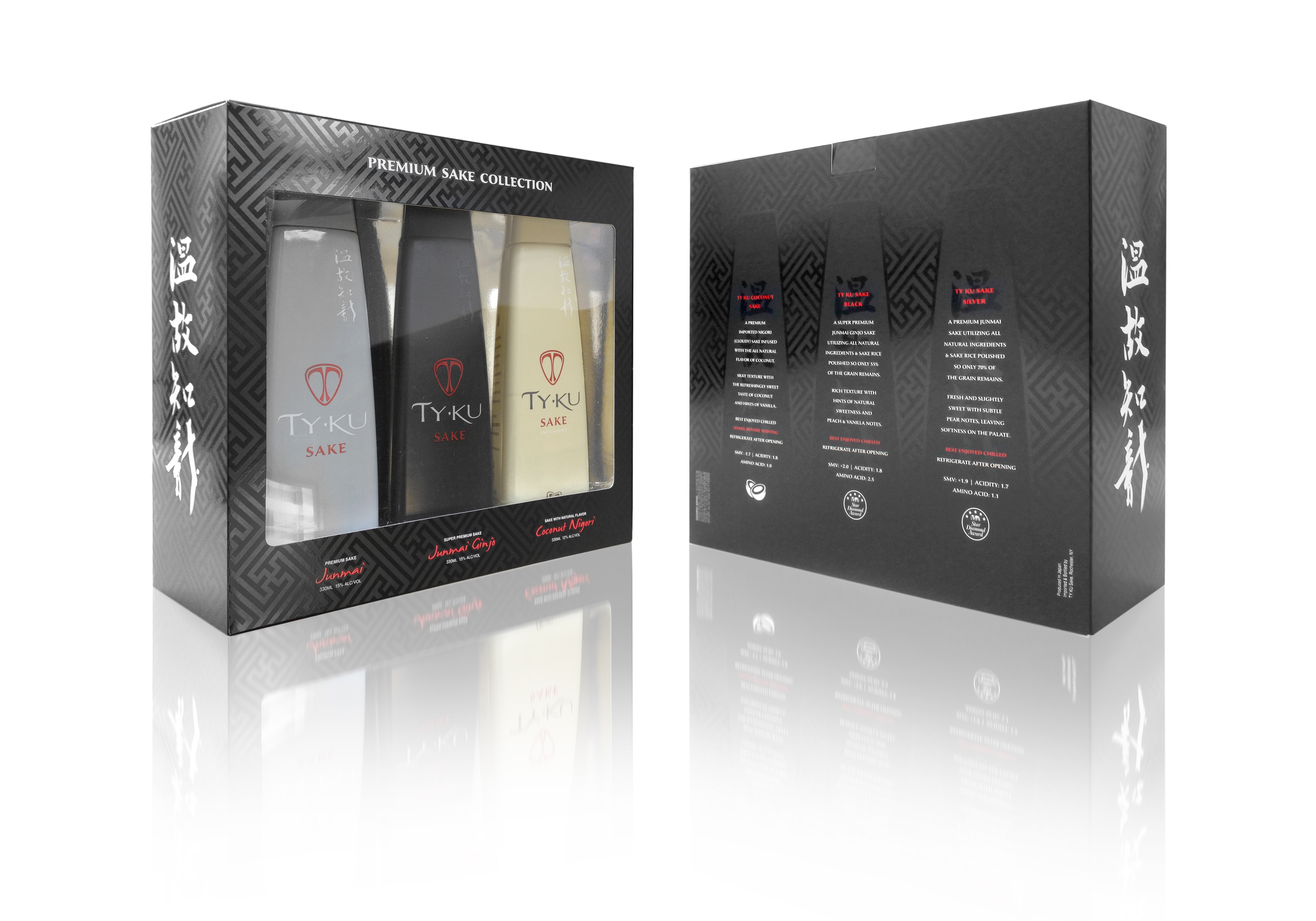