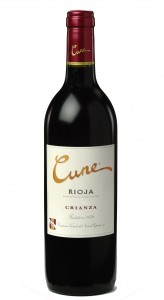 Cune, pronounced coo-nay, is a major producer of a range of Rioja wines. Alternately known as Compañia Vinicola del Norte de España (CVNE), Spain’s Cune dates back to 1879. Thoughts on two of its new releases follow.

2010 Cune Rioja Crianza – 80% Tempranillo, 10% Garnacha Tinta and 10% Mazuelo. What a delightful little wine. Simple but full of fruit — not jam or jellies — this Crianza is brilliant with gentle blackberry notes, laced with cocoa powder, cinnamon, and licorice. Touches of floral character on the nose add nuance. Everything’s in balance here, with the body mercifully dialed back to the lighter side of “moderate” while still far from dipping into “watery.” Summer-friendly reds that aren’t Pinot Noir are hard to come by, but this Crianza does the trick beautifully, and on the cheap. A / $15

2013 Cune Rioja Monopole – 100% Viura. A very acidic white, metallic and flinty with notes of melon, pineapple, and — especially — lemon. Comes on strong and never really lets up, with a brisk, almost enamel-dissolving finish. B+ / $15 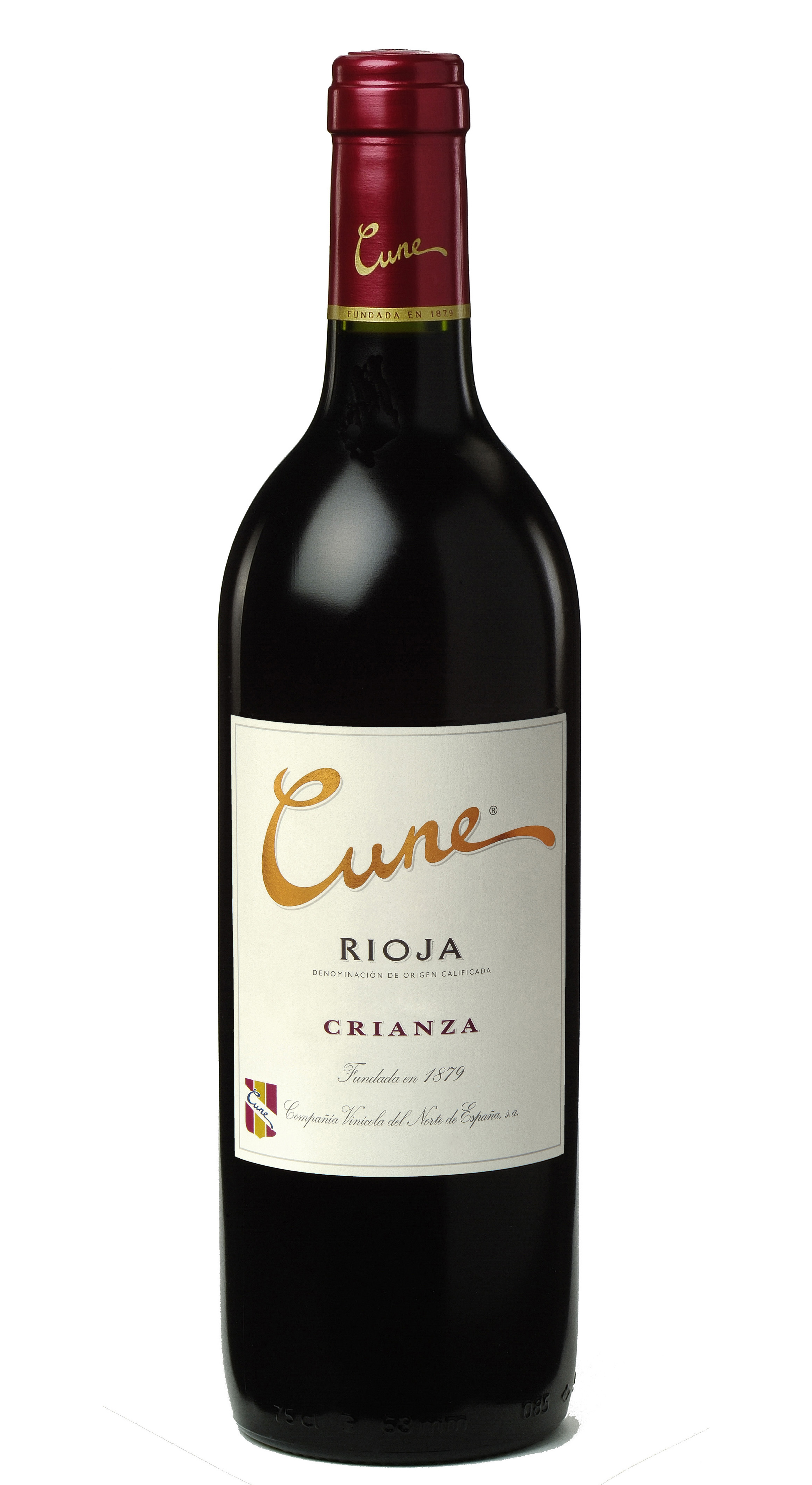