Five more tiny-production, very rare, Scotch whiskys are about to arrive on our shores, courtesy of the independent malt whisky bottlers at Exclusive Malts. As always, total bottles produced tend to number in the low hundreds, so if you see something you like, get it now.

The Exclusive Malts Linkwood 1999 14 Years Old – This Speyside distillery is known for providing its casks to blended Scotch producers, and here it turns in a spicy, racy, young-tasting single malt that, on first blush, feels like it would be right at home as a component in Dewar’s or Johnnie Walker. Cereal and heather give way to chewy nougat, finally revealing some restrained apple and banana character. Tough to crack, with a lightly smoky finish. Try some water to coax more out of it. 111.6 proof. B- / $97

The Exclusive Malts North Highland 1996 17 Years Old – A Highlands spirit, matured completely in a refill ex-sherry hogshead. Lots of sherry up front on the nose, of course, but also tar, cigars, and unripe banana. Quite fruity on the palate, it blends orange oil with notes of incense and baking spice, the finish coming across as racy, smoldering, and luscious. Quite fetching. 112.2 proof. A- / $138

The Exclusive Malts Bladnoch 1992 21 Years Old – Lowland whisky from the southwest end of Scotland, aged in an ex-Bourbon hogshead. Malty and grassy on the nose, tinged with lemon oil and a touch of iodine. The body is much fruitier than the nose lets on, a concoction that offers sweet lemonade and sweet(er) tea, with a candy-like nougat character that comes on strong on the finish. More grainy/grassy notes on the back end, also. Well-aged but far from hoary, this malt still has plenty of life left in it, and it drinks hotter than its (relatively) lower proof level would indicate. 96.2 proof. B+ / $170

The Exclusive Malts Glencadam 1991 22 Years Old – Coastal Highlands single malt from an ex-Bourbon hogshead, surprisingly light in color. Pure honey, tempered with touches of smoke. The beautiful nose is complex, adding touches of heather and a hint of granary character. The rounded body is seductive and sweet, pushing the honey notes to the limit. The finish nods at cereal while going out on a smoldering but sweet finale, inviting continued sipping and savoring. There’s not a terribly high level of complexity here, but this Glencadam is so enjoyable it’s hard not to love. 100.8 proof. A / $179

The Exclusive Malts Bowmore 2001 12 Years Old – The only Islay in this release, bottled after 12 years in a refill Sherry butt. Intense smoke and melting wax notes on the nose. Tons of iodine all around. On the palate, it’s an intense dram, blending sweet sherry notes and a Madeirized character with the essence of tire fire. These two characteristics do battle for some time on the tongue. Neither one ends up winning, a shame. 116.8 proof. B- / $138 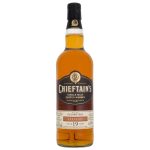